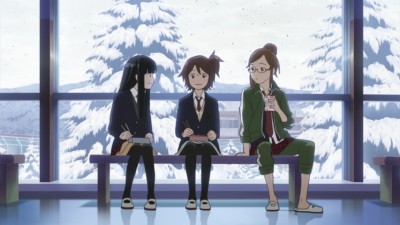 Imagine a world in which the video-games you played were not merely about pressing down buttons in a repetitive-like manner on plastic key-pads to earn high scores and bonus points. Instead, try to visualize what it would mean to have a video-game focused entirely upon the possibility for interactivity.  That is a question of essential importance to .hack// Quantum.

The environments of the video-games are a digital playground, and the gamer can essentially enter through a digital gateway, transport themselves, and completely leave reality for some fictional hyperspace. The game is one that changes the method of interactivity. People can connect themselves directly into the game. Freaky, I know.

This is the beginning formulation for what is an extremely entertaining entry into the ever-so popular .hack franchise. The story of .hack// Quantum focuses on three best-friend girls who enter "The World" together (the nickname given to the digital video-game environment). All they want to do is have some fun together while putting aside their school exams and the real pressures of every-day life. The girls names are Tobias, Sakuya, and Mary. 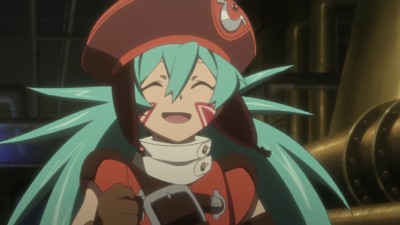 Unfortunately, a newly discovered glitch of sorts in the game leads them down a possible rabbit-hole. The group finds out an incredibly disconcerting detail about the game-world: that some gamers, in large numbers, have begun disappearing from reality altogether and have become "stuck" inside of the digital environment. To make matters worse no one can find them in a digital playground of video-gamers either. Upon meeting a new friend named Hermit, these outgoing girls place it upon themselves to discover where the missing video-gamers are all going. A mystery unravels and builds to a climatic, thrill-a-minute, and fantastic conclusion.

One thing that left me incredibly impressed by this anime series is how much ground it was ultimately capable of covering for fans within a time-span of only three OVA episodes total. Surprisingly, this was one of the most entertaining OVA's I've seen in ages. It doesn't even necessarily have anything to do with the fact that the combination of the three pieces feels a awful lot a successful film. but that certainly doesn't negatively affect the swell proceedings at all.

.hack// Quantum is a short-run series that should delight fans of the ongoing franchise and an onslaught of new-fans to boot. The characters are charming, the plotting is briskly effective, mysterious plot devices make the story more fun, and the animation seems almost to be the "outa-this-world" variety in anime production. The entire series is entertaining, fast-paced, quirky, and original. Some viewers might complain that the run-time is too short, but I am inclined to disagree. .hack//Quantum has the perfect length. It never bores, and constantly amazes. 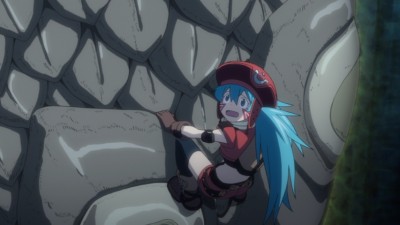 This is one of the most visually stunning OVA releases that I've had the pleasure to see. Beyond the fun storytelling, the one thing that stood out to me more than anything was the great designs used in the animation. The character designs are distinct, and the environment created in .hack// Quantum's digitized world is fluid and unlike anything else. The 1.78:1 framed transfer retains the proper aspect ratio and preserves it with a stunning native High Definition 1080p transfer.

Funimation has a somewhat inconsistent track-record with their releases. Granted, this typically is because of the source material they are working with to begin with. This is a company that consistently releases anime in the best possible format but sometimes the source material is going to disappoint given certain limitations. However, that is absolutely not the case here. Funimation's English language dub surpasses any and all expectations and is one of their absolute best quality-releases to date. It has amazing bass, surround activity, and clarity consistently able to astonish.

I personally had a minor preference for the dubbing pertaining to the original Japanese VA cast the English version is the way to go if any anticipation exists for what would be a full-on "aural experience". Both options are presented with 5.1 Dolby TrueHD lossless audio. Optional English subtitles are available.

There are far more supplemental materials included on this release than anticipated (especially given the short episode count on the OVA). Fans should be pleased, probably much more than usual, and that's certainly nothing to dismiss - rather, I was impressed by the amount of bonus materials included.  Funimation has put together a notable collection.

Three shorts feature the characters of the series as if they are simple purple simulations. Some of the Japanese voice acting cast reprises their anime roles here. Any downside to the shorts? These brief pieces total in at less than 8 minutes total and they seem to feel as though they aren't really included for any reason other than to boost a supplemental-count and continue to promote these releases in Japan. The humor just isn't there, and each short seems disconnected from the series aside from the VA reoccurrence. So, basically, you have three fluffy pieces that attempt to add little to the main experience. These shorts are best viewed for offering up some slight laughs. 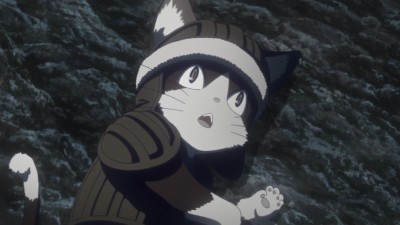 Yui Ogura's 'Yui-Yui' Cooking (1080i; 17:59) has Yui trying to make a charaben food-dish. She goes through a step-by-step process on a cooking special aimed specifically towards fans of a certain character in the Quantum universe.

Yui Ogura's 'Yui-Yui' Club (1080i; 11:12) finds Yui and a friend learning about the process of animating a series and they get to make their own flip-book animations with the help of one of the series staff members and the director of Quantum even steps in to take a look and give the pair some suggestions.

Yui Ogura's 'Yui-Yui' Cult Quiz (1080i; 8:21) is the last piece featuring Yui Ogura and it's one that has Yui "divulging answers" to the Cult Quiz which was included in the packaging of Volume 3 of the .hack BD and DVD releases for the Japanese viewers. I'm not sure this is something anyone would really find all that interesting on the U.S. release considering we actually didn't receive the quiz in the first place. 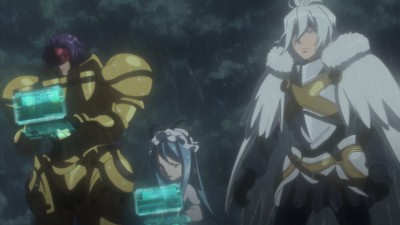 .hack//Quantum is essentially a motion-picture. Technically, it's a three episode OVA but it does flow almost entirely as a movie would. This effort should be pleasing for longtime .hack fans as well as for newbies just getting started on the franchise. The story is exciting, the characters are well developed, and the entire thrill ride is a blast from start to finish. Funimation has outdone themselves with very impressive PQ/AQ (even more so for the English language dub), and a bucket-load of extras. In Yoda speak: Have fun, you will. Have at it.