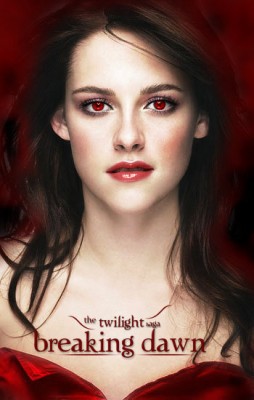 The Twilight Saga returns to the big screen with the latest adaptation of the Stephenie Meyer novels, this time around with a clear cue from the Harry Potter box-office wizard book: Breaking Dawn: Part 1 captures only half of the final novel and audiences will have to continue waiting with sheer anticipation (or intense muted disinterest) for the series to loudly or quietly leave the cinemas for good. What is the primary story-line of the latest in the series? Bella has finally chosen Edward Cullen as her vampire life-mate and taken a big ol' pass on having some quit intense time with the six-pack abs wolfie Jacob. The stage has finally been set for a massive wedding ceremony, a rambunctious honeymoon, and a half-human/half-vampire baby made from interspecies (?!?) relations between an extremely old man in young boy-man form and his young lover, Bella, who is passionately in love with Edward's brooding hairdo and blank stares.

The biggest fault with the entire series has been the entire lack of good acting and good story. Both elements are crucial to making a well made film series but are apparently entirely unimportant with rule-sheet following for "A Guide to Making a Box Office Megahit Series". It's a good book, in theory. Too bad I have higher expectations from multi-film series than storylines that feel as though they can legitimately be summed up in a few sentences. Who will Bella choose - Edward or Jacob? That might insult twihards but it seems a fair way to describe the entire series. Not a whole lot ever seems to be happening in these frequently dull cinematic experiences that seem more appropriate for television. Then there's the acting. Kristin Stewart is a notable actress who typically delivers strong performances and yet she usually seems somewhat disinterested in her role as Bella Swan. Then there are these male leads, performed by Robert Pattinson and Taylor Lautner, who have both been in need of some serious acting lessons for years. 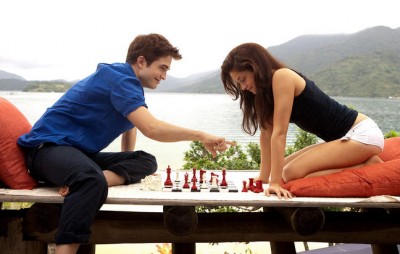 It is surprising then that the latest Twilight film seems to be taking itself far less seriously than any of the predecessors did. I chalk up most of this pleasing difference to the new director, Bill Condon, whom I am a considerable fan of (Condon directed a personal favorite with the award-winning Gods and Monsters).  Condon even seems to have spent considerable time developing the acting skills of the three lead actors as their performances are (shockingly) not nearly as terrible this go around. Kristin Stewart seems more believable as Bella than in any of the other films and manages to pull off the sensation of being a newly-wed, the horror of a strange fantasy pregnancy, and the confusion of all of the proceedings. Both Taylor Lautner and Robert Pattinson have a couple scenes where I would describe the performances as having actual nuance, something I never previously imagined myself writing about either actor in the series. None of the performances are leaps and bounds better, but it seems fair to say that actual improvement has been displayed. I was impressed by the attempts made to bring something extra to these characters.

The framing of several sequences is downright artistic and even in the best of ways. The story might be just as simplistic and underdeveloped as before, but the presentation of said story has improved with a sense of cinematic wonder that hasn't been on display in any of the previous entries. Each entry in the Twilight Saga has been at a TV-quality level despite the filmmakers having significantly larger budgets that should have prevented the entirely-episodic storytelling from actually replicating the episodic TV feeling. These films should have always felt like genuine cinema through their production aspects, but sadly that hasn't been the case until now. Bill Condon has a gifted, graceful, and beautiful eye for the visuals of cinema even when working with merely average storyline material.  His contributions have been so worthwhile that I almost wish he had been in charge of directing the entire series. 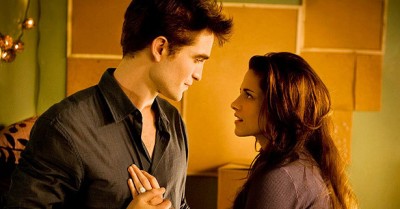 There are other elements that actually impressed as well. The cinematography by frequent Guillermo Del Toro (Pan's Labyrinth, Hellboy) collaborator Guillermo Navarro is stunning. I wouldn't hesitate at calling Breaking Dawn: Part 1 one of the finest examples of great cinematography of this entire year. That might be the biggest surprise of the entire production.  Then there's the score by Carter Burwell, which is even better than his score to the first Twilight film. Other gifted composers have contributed music towards this series (Alexandre Desplat, Howard Shore) but while Desplat crafted a solid score it wasn't one of my favorites from the composer and Shore seemed to be phoning it in a bit with Eclipse. Carter Burwell made the largest contributions to the series, and his return to the franchise is merited and appreciated.

It's not worth the time to delve too deeply into the story. It meanders about frequently and is slow-paced without warrant to some large degree. The relationship between Bella and Edward takes an awkward turn that disturbs as Bella wakes from their honeymoon with bruises. What in the world? Something tells me the intent wasn't to raise questions of domestic violence but I couldn't help but cringe when Bella essentially shrugs it off. Other moments in the film seem unintentionally funny: a perfect example being when Jacob enters upon a fondling Bella and Edward and he simply stares at them for a few perfectly awkward cringe-worthy moments. Or how about when Bella drinks vampire blood to help with her uncomfortable pregnancy? It was humorously gross the first time, but then she goes back for seconds and thirds. OK, on second thought, maybe that part was intentionally hilarious. 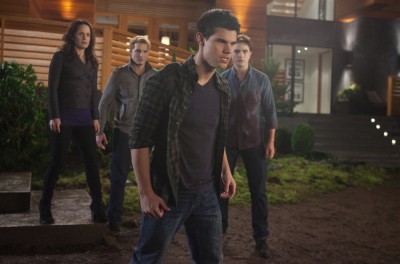 In the end, I was quite surprised to find myself enjoying the overall effort. The direction was solid, the acting improved, the cinematography brilliant, and the score graceful. The film was interesting even despite a story and characters that are never as developed as the massive box office would seem to suggest. I doubt I will ever consider myself a Twilight fan but I'm actually starting to think taking the entire trip of viewing the series hasn't been entirely with fault. Plus Anna Kendrick is in it doing her entirely cutesy and funny thing (and that is always a positive). The whole of the Twilight Saga isn't brilliant or even particularly entertaining, but with Breaking Dawn: Part 1 it is at least a well made experience worthy of a matinee trip to the theater. That's gotta count for something.