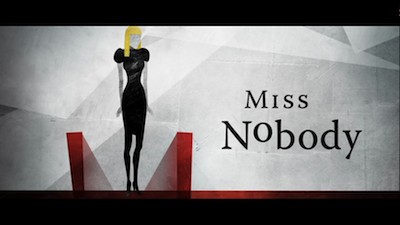 Miss Nobody is a stylishly ambitious black comedy, part Amelie and part Hitchcock's Family Plot. It is fanciful and macabre at the same time, easily likable though not necessarily loveable. It's an entertaining film, marked by excellent performances and a genial sense of whimsy, but maybe lacking in threat or urgency.

Leslie Bibb stars as Sarah Jane, a meek secretary at a pharmaceutical company who has always had the good luck to attract happy, albeit tragic, accidents. As she tells us in narration and flashback, her earliest touches with opportune death came as a child when a statue of St. George fell on her abusive father. At the time, Sarah Jane had been dressed as a miniature Audrey Hepburn in a beauty pageant, an activity forced on her by her sexpot mother (Kathy Baker, Edward Scissorhands). It's to set the tone for the Cinderella story to come: Sarah Jane fancies a romantic life full of simple pleasures, only her fairy godmother is really an angel of death.

Things begin to change when Sarah Jane fakes her way into a promotion at her company, only to have it snaked out from under her by a predatory executive (former-Superman Brandon Routh). When the new boss gets a little grabby, he ends up on the wrong side of a pointy umbrella. This wasn't Sarah Jane's plan, but she embraces the happenstance and begins to take a more active part in these fatal divine interventions, especially as unseen blackmailers pop up after every new killing. 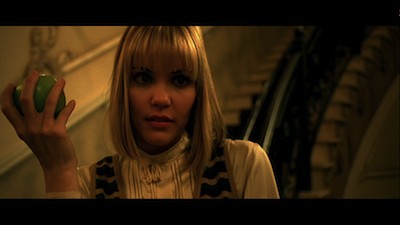 Clocking in at a taut 87 minutes, Miss Nobody hums with an earnest vivacity. Directed by T. Abram Cox and written by Douglas Steinberg, both of whom have collected solid credits in television, this oddball indie lets each successive scene compound on itself, adding peril to Sarah Jane's situation while she vacillates between desperation and a small amount of relish for her criminal acts. Leslie Bibb, who is usually stuck in thankless roles like Kevin James' object of obsession in junk like The Zookeeper, is gung-ho for the role (she is also an executive producer), embracing both the innocence and the resulting naughtiness. She is a mouse emerging from its hole, excited to discover more and more bits of cheese. Between Miss Nobody's visual gumption and the actress' considerable charm--when she eventually begins talking to the audience, we feel a part of a shared fantasy rather than victims of a cinematic gimmick--it's impossible not to get on board with the movie. It doesn't hurt that her supporting cast is uniformly excellent. In addition to Routh and Baker, Vivica A. Fox (Kill Bill) is delightfully bitchy as Sarah Jane's supervisor, and Adam Goldberg (2 Days in Paris, Dazed and Confused) proves surprisingly capable as a romantic lead, playing a police detective who stumbles into the case and Sarah Jane's life at the same time.

It's all too bad, then, that Miss Nobody is an unfortunate case where settling for being likable is not enough. There is a certain x-factor missing from the proceedings that sadly prevents Miss Nobody from being the kind of small-budget surprise that sticks around. Just about every aspect of the film could have been turned up a notch or two. It could have been meaner, darker, more romantic, more dangerous. For a movie about a serial killer, it is almost completely absent of gore. Rather than playing Sarah Jane's niceness against the grisly details of her killing, something more along the lines of American Psycho, Miss Nobody is seemingly shooting for the Miss Congeniality award. The lesson is in the movie itself: Sarah Jane is the sweet girl whose niceness allows her to get passed over. In breaking her out of her shell, Miss Nobody should have also broken out of its own. 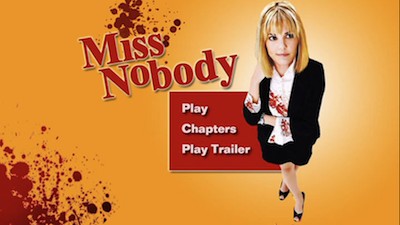 Video:
The widescreen image transfer is very good, with sharp resolution and strong colors. I didn't notice any real problem with the picture, no ghosting or jagged edges. For a small production, the presentation is impressively competitive with much bigger studio releases.

Sound:
A very good 5.1 digital mix livens up the proceedings, giving a nice punch to the soundtrack and filling up all the speakers. While most of the weight is, admittedly, distributed equally, there are occasional back speaker effects that separate the elements and keep the audio lively.

FINAL THOUGHTS:
Recommended. Miss Nobody is a black comedy that could have been a little blacker, but despite its timidity, is pretty hard not to enjoy. Leslie Bibb ably leads an excellent cast, playing a dreamer whose flights of fancy often lead to people in her way coming to a ghastly end. Miss Nobody has lots of visual energy, and it rarely pauses to take a breath. A little more grit and gore could have made a good film all the better for the risks such additions would entail, but overall, this is a light movie that makes for fine viewing on a lazy afternoon. 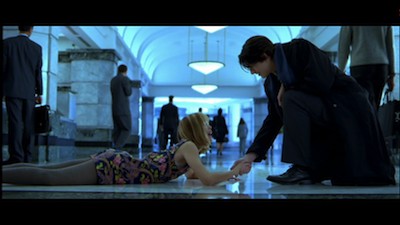