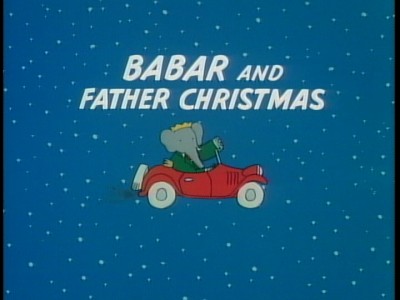 Babar is a children's program based upon the acclaimed children's books by Jean and Laurent de Brunhoff. The series follows the adventures of the king elephant Babar, in addition to his family and extended tree of friends. This marvelous program is worth exploration and parents are strongly encouraged to share this gem with the children.

Babar and Father Christmas is the third DVD release containing episodes from the series. The main highlighted episode on the disc is actually entitled Babar and Father Christmas. It's a Christmas special that was produced a few years prior to the main television show. While there are distinct similarities between the two incarnations there are also distinctive differences worth addressing. While elements such as animation and character moments remain apparent in both versions, the earlier Christmas special contains a weaker story comparatively and is less polished in direction. There are entertaining moments found throughout the piece but the end result is a tad less whimsical. The special serves as a generally nice companion piece to the show but it's clear there were some creative steps that still needed to be taken before the reoccurring television show could find its mainstay.

Babar is the central character in many respects (as the title of the program would seem to imply). Babar is the lovable king elephant with many years of wisdom to share with those who surround him (including his loving children). Babar married to the equally enchanting Celeste, who also provides guidance and love to their wonderful children and to the people of their peaceful kingdom. Pom, Flora, Alexander, and Isabelle are their four children who each have wonderful and uniquely spirited personalities. Madame is a wise, gentle, kind, and loving old lady who helped bring up Babar as a young elephant and she taught the elephant many of the important life lessons he grew to recognize as essential. Other supporting characters include the comical monkey Zephir, knowledgeable Cornelius, kingdom advisor Pompadour, and Rataxes, who leads the kingdom Rhinoland which frequently comes into some kind of minor conflict with Babar's kingdom. 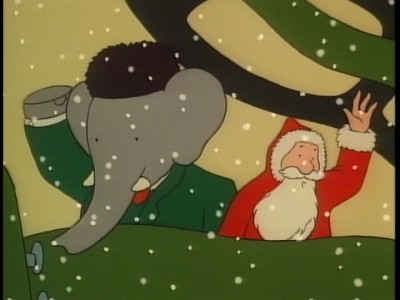 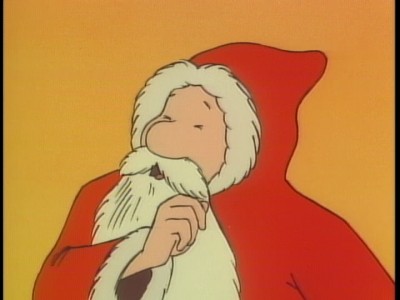 This DVD release is a bit disappointing in comparison to the earlier releases School Days and Best Friends Forever. While season sets are still desirable and will hopefully see some form of release in the future, the earlier volumes had stronger thematic ties in that those releases contained episodes based upon the relevancy of the life lessons explored in the episodes. This release tries to pair together a single Christmas special, a winter episode, and another episode that discusses the idea and importance of gift giving from the heart. While each episode has some notable strength, only the episode entitled "A Child in the Snow" seems to capture the same level of magic as found on the earlier DVD's released. There is less cohesive structure to the pairing of episodes included here and the release seems weaker for it with so little in the way of material and run-time (this release clocks seventy minutes, which is even shorter than the other releases were at ninety minutes).

There is so much to enjoy and appreciate about the Babar series. It is also quite nice to have a collection featuring episodes that are worth watching around the Christmas and winter season. The DVD release itself isn't perfect but it still makes a nice addition for families in need of some additional Babar to share with one another during the holiday.

This DVD contains the Christmas special Babar and Father Christmas and two episodes: A Child in the Snow and The Gift. 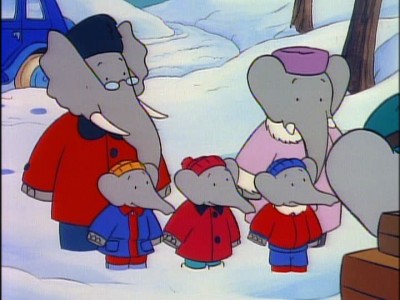 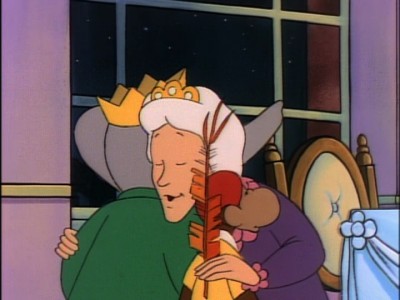 Babar is presented with a 1.33:1 full frame image that preserves the original broadcast aspect ratio. The DVD promotes the video as digitally restored and remastered but this series still seems to have shown some aging without an entirely dedicated restoration. Colors are somewhat muted and there are interlacing issues that can be a distraction. Inconsistency in image stability is also a minor issue. The overall PQ isn't terrible but nothing resembles a truly impressive presentation in this department and fans might consider this somewhat disappointing but still watchable. Babar and Father Christmas contains an even weaker transfer than usual, however, and is a slight step down in a disappointing manner that is likely due in part to the few years' time gap between the regular series and the production of the special. 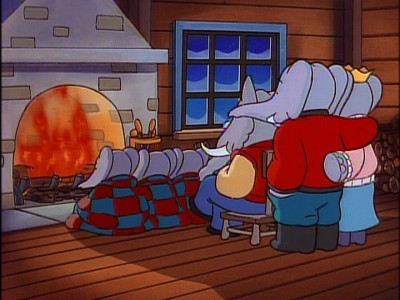 Babar is one of the best children's programs to have ever been produced. It shares beautiful stories of friendship, compassion, and educates youth on important issues which are wise to learn while growing up.  The animation is always worthwhile, and the characters enchant as well. The latest volume in the line of Babar DVDs is entitled Babar and Father Christmas, and while it is worth a purchase for parents who will share it with their children repeatedly in the holiday season everyone else is encouraged to consider a rental first as the episodes fail to have as much in common as one would hope (one is Christmas oriented, another for winter season, and finally a gift-giving themed episode). The DVD release is good overall if somewhat underwhelming based upon the lack of a consistent Christmas theme and short running time. Recommended.