Chalet Girl is the story of Kim, who used to be a champion skateboarder until tragedy struck her life. Nowadays she flips burgers at a fast food joint in England and lives with her father and they're barely getting by on a pittance. Things change when Kim learns of a posh opportunity to work at a fancy chalet in Austria catering to the whims of rich folks for some serious cash. The gig lasts all winter long.

Kim arrives at the chalet and is met by Georgie (Tasmin Egerton), the other chalet girl that will act as her supervisor of sorts. The family that will be catered to is led by Richard (Bill Nighy) and Caroline (Brooke Shields) and they've brought their son Johnny (Bill Westwick) and his fiancée Chloe (Sophia Bush).

Some very colorful characters populate the chalet living quarters, but things air out a bit as Kim takes to the mountain for some recreational snowboarding of her own. The local mountain snowboarder and resident Mikki (Ken Duken) sees her wipeout and decides to make her into a better snowboarder by teaching her a thing or two about the board and snow.

Things shift around a bit as Johnny notices Kim and starts to slowly fall for her. Caroline gets on the defensive and tells him to back off all the while trashing Kim any chance she gets. She starts spending more time with Georgie and they become sort of best mates as they hang out at the local bar and back at the chalet's hot tub. Hilarity ensues, but it's obvious that it will end with some dramarama at some point. Things culminate in the end when Kim decides to enter a snowboarding event where the first place winner will win 25,000 dollars in prize money...or was it euro...or was it pounds? It's anyone's guess as to what will happen. Wink.

Considering that Chalet Girl has the all the same mechanics of romantic comedies of the past and nails them almost to the letter, it succeeds where those have failed, because of the cast and the written word. Maybe it has to do with it being a British comedy? Maybe the British have a better grasp of what's funny as opposed to being force-fed typical American junk food? In no way, shape, or form should I have liked Chalet Girl. Hell, even the cover art looks sappy as hell, but after watching the trailer, reading the synopsis, and seeing that it had a pretty cool cast of characters, I was quickly seduced and decided to take the dive.

The film has many clever moments of back-and-forth dialogue that cracked me up. The cast looks like they had a lot of fun making the film and shows through their performances. The locations look superb. I could have done without the pop-music overkill, but it was a small price to pay for such a fun and entertaining film.

I look forward to more of Felicity Jones and Tamsin Egerton's work in the future. It was great to see Brooke Shields still looking hot as usual and of course it's always a treat to see Bill Nighy in anything. Chalet Girl was marketed as a teen comedy, but does not have scenes of "overindulgent" escapades. This is not Euro Trip or American Pie, but there are various adult situations involved, so keep that in mind. There, that's the first of my TWO disclaimers. My second disclaimer can be read at the very bottom of this review in the "final thoughts" section. If you still don't believe me then just checkout the screencaps filled with naughtiness. 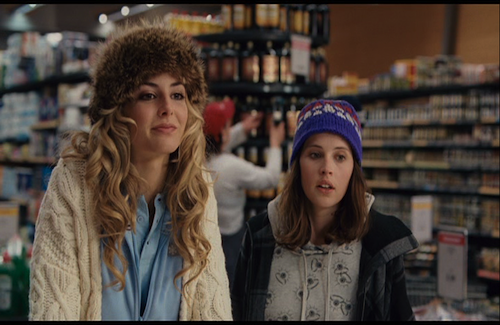 Chalet Girl is presented in 480p (upscaled to1080p), 1.85:1 widescreen. The picture looks decent enough. Flesh tones appear natural yet flushes a bit once people are outside in the cold and snow. Contrast levels are just right, as are black levels. Edge enhancement was a bit problematic as was aliasing. In comparison, Chalet Girl looks substantially better on my Plasma than it did when I ran it through my computer for a quick playback. 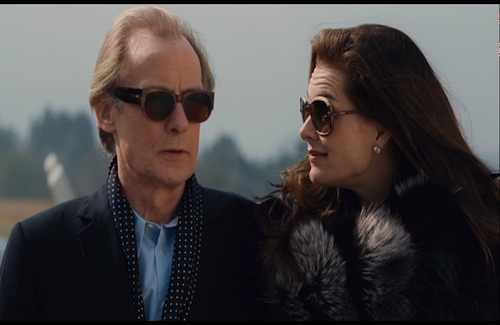 Chalet Girl is presented in Dolby Digital 5.1. Dialogue sounds clean and clear and is properly centered. For being a comedy, the sound level is really intense. It gets especially intense when our characters take to the slopes. There are plenty of pop-rock tunes that fill up every inch of the sound stage, and me not being a fan of pop rock, I really didn't mind it too much. The film kept me entertained, but I did notice that the soundtrack is very dynamic for being a standard DD 5.1 track. IFC Films continue to rock it on DVD when it comes to soundtracks. 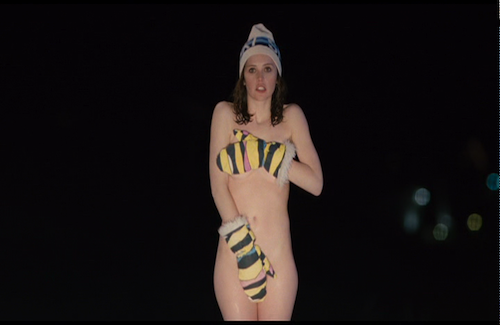 Chalet Girl contains a lot of interviews, viral marketing clips, youtube clips, behind-the-scenes featurettes, and a trailer. Don't let the way that they're presented fool you. There's an option that let's you "play them all," but each video plays in its own time frame meaning that the entire running time is completely different than what is displayed in playback mode. For example, the first interview is with Felicity Jones and it clocks in at 10 minutes, I believe. The rest of the interviews also have their own designated running times which confuses me as to why there would be a "play all" option if they don't all run as if it were one long program. The viral clips are pretty hilarious especially Bill Nighy's. He's classy. I want to be him when I grow up. It's a pretty packed DVD all things considered. There's also an audio commentary with Felicty Jones and Director Phil Traill - it's a bit on the breezy side. Don't let the way the specs are bulleted fool you. Combined, there are several hours worth of extras. 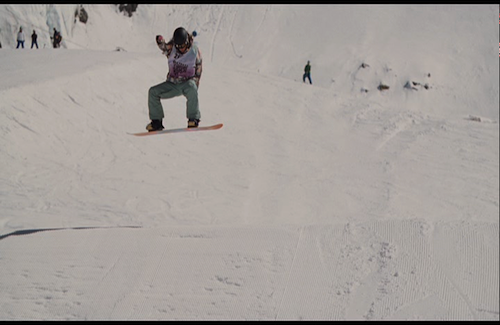 Chalet Girl is a pretty damn fun and entertaining film. It certainly helps that it's populated with great looking women like Felicity Jones, Tamsin Egerton, Brooke Shields, Sophia Bush and others. Bill Nighy brings a bit of gravitas to the proceedings, as well as his awesome comedic chops when they're called for. I thoroughly enjoyed Chalet Girl, but BE WARNED, it is NOT a fun G-rated kiddy romp the cover art and marketing materials lead one to believe. The film is not rated, but is really aimed at an older audience, nevermind how young Felicity Jones looks. She's pushing 30. Get over it.