Gift Of The Magi

Vivendi Entertainment // Unrated // October 18, 2011
List Price: $14.93 [Buy now and save at Amazon]
Review by Justin Felix | posted December 11, 2011 | E-mail the Author
The Taglines:
The Magic of the Season. The Love of a Lifetime.
The Greatest Gift is One Given from the Heart. 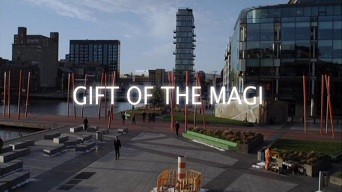 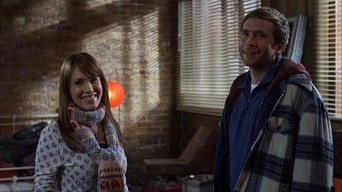 "The Gift of the Magi" is one of the best-known short stories from a famous writer named O. Henry. Popular during the holidays, it tells the story of a young newlywed couple with little money who each sacrifice one of their most prized possessions (a watch for the husband; long hair for the wife) to buy a gift for the other. The story, now more than a century old, is still taught in literature courses, and it regularly appears in contemporary anthologies like Signet Classics' The Haves and Have-Nots. 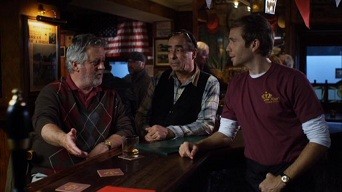 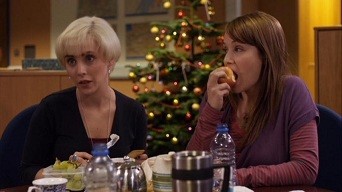 Like the works of Herman Melville, Jack London, and other literary figures studied in schools, O. Henry's work is in the public domain - which, in the television and home video world, means small productions can capitalize on the familiarity many of us have with these old stories royalty-free. And thus, The Gift of the Magi, a 2010 Hallmark Channel movie now repurposed for home video by Vivendi Entertainment, is born.

This 90 minute production is about as syrupy and soap opera-ish as one might expect from the Hallmark Channel as it tries to fill in time between commercial breaks. Jennifer Notas' script also rather clumsily "modernizes" O. Henry's brief tale and stretches it out by shoehorning a new secondary love story into the narrative. The result is a sickeningly sweet concoction that will test the patience and credulity of most modern audiences, which is probably why the DVD cover has one of those Dove "Family Approved" icons slapped on it.

Let's get to the movie itself. Marla Sokoloff and Mark Webber play the ultra-cute and ultra-committed newlyweds Della and Jim. They each want to get the perfect Christmas present for the other. Jim is fixing up a 1955 Chevy Bel Air because he and his Dad drove in one when he was a child (a framed picture of a guy and a kid in a 1955 Chevy Bel Air on the couple's mantel is there to remind the audience about this fact roughly every 15 minutes of the movie). What he really needs, though, is an original steering wheel for the car, something hard-to-find and expensive. Della, inexplicably, loves her old Nikon camera - but she needs an expensive lens for close-up shots. Della's camera is worth some money (as an antique, I guess?); Jim's steering wheel - less Bel Air is worth some money too. Even if you were never forced to read O. Henry's story for a class, do you see where this is headed?

While Gift of the Magi plods along to its inevitable twist ending, an ancillary love story not in O. Henry's original tale is thrown in to pad out the running time. It seems that Jim has a widower friend raising a young son on his own. Jim's friend has a sad sack infatuation with one of Della's coworkers, Renee (Megan Riordan). Renee likes Jim's friend, but she's concerned that he's "too nice" for her and doesn't want to spoil their friendship. So, yeah, that simmering relationship is touched upon periodically until its inevitable conclusion right before the credits roll.

I don't want to sound like a Scrooge here: I'm actually a fan of O. Henry's and like his story that serves as the genesis for this production. However, I think I'd have preferred a retelling of his story that matches its time period and details more closely than this production. Still, I can't say that it didn't keep my attention, and it is the holiday season, so I'll go with a generous "Rent It" recommendation. 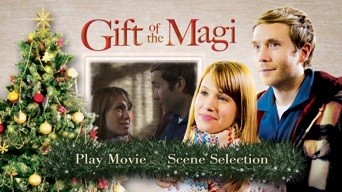 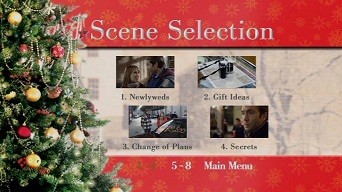 Vivendi Entertainment gives Gift of the Magi an anamorphic widescreen presentation that they claim "preserve[s] the aspect ratio of its original television exhibition." Like most contemporary television programming, the image looks fine, with good details and strong colors.

The lone audio track is a solid albeit center-heavy Dolby Digital 5.1 affair. Neither foreign language nor subtitle options are available.

A trailer for Christmas in Canaan precedes the main menu - and that is it for extras.

Syrupy and sickly-sweet, this modern-day soap opera retelling of O. Henry's famous short story has the Hallmark Channel written all over it. I'd have preferred a more faithful adaptation of the original tale; however, since it's the holiday season, I won't be a Scrooge. "Rent It" - but only if you're into this type of melodramatic storytelling.