Yes, one mention of the name 'Confucius' will likely garner generalizations about fortune cookie words of wisdom, but not in this film about the great philosopher. The film takes place 2,500 years ago where Confucius is shown to be a great master of the spoken word without coming off as verbose. Whenever he meets people, enters a room, he and his entourage at hand bow to their hosts. Even if the hosts chuckle at the supposed 'outdated' customs that Confucius lives by.

Confucius (Chow Yun-Fat) lives a simple life where he has created a peaceful way of doing things that do not involve violence or hatred towards his fellow man. Since he has a devoted following, men of importance from all around seek his counsel on things involving trade, lands, customs and so forth. At one point he is appointed Minister of Law, but seeks to overturn many of the most archaic and traditional laws that have been in effect for many years. There's one law in question (or by tradition) where a King must be sealed into his tomb with many slaves to do his bidding in the afterlife. It's all good, but the slaves are still alive as they are sealed into the tomb with their dead King. It's traditions like these that Confucius speaks out on to have abolished, and for the most part, he gets his wish. The one thing about Confucius; the man was a was a master orator. Dude could flow.

From that event we move on and see that Confucius has advised more than a number of kingdoms along with some folk who hate him for just for making sense. Confucius is later dragged into conflicts that are solved with wits rather than actual carnage and vice versa. I wish the film had stayed on this path as opposed to flashing forward and backwards the way it did. Hell, the beginning of the film is Confucius as an elderly man reminiscing to one of his followers about the past - then we flash backward to the past! It's kind of jarring, but what's even worst is when new characters and settings are introduced we get them as super imposed graphics on the images themselves while people are talking onscreen and the subtitles are still going at the same time. That got annoying after a while, because I stopped keeping track of who was who and what was what.

Confucius was also promoted as a big "war epic," but it's not really a "war" intensive kind of film. It's split right down the middle in terms of action and drama, but seems to play in the traditional way of "one long drama set-piece" then "one short action set-piece" and so on. It's very by the numbers in that respect, but throws in the flash forwards along with the flashbacks here and there. Confucius is no Red Cliff, I'll tell you that much.

Chow Yun-Fat makes for a pretty cool Confucius and the film looks great due to Peter Pau's cinematography, but I couldn't help feeling a bit underwhelmed by the finished product. It's not that I didn't care, but I wanted a bit more out of the whole thing. This is one of those cases where the film could have been a bit more linear, in my opinion. If not, then it could have been longer like Red Cliff.

If you've got 2 hours to kill then it won't hurt to give the film a spin on Blu-ray. Hey, you may like it more than I did. 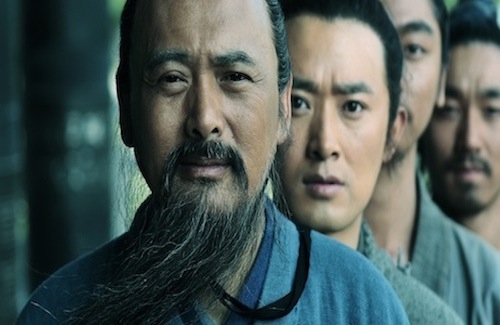 Video: Confucius is presented in 1080p, 2.35:1 widescreen. Flesh tones look about as natural as they can be, black levels crush a tad too much for my liking and edge enhancement is also present. Color levels are excellent and contrast boosting is kept in a check just a bit. DNR has been used in some scenes a little too much, but not enough to weigh the score down. I'm going to assume that it looks the way it was meant to, but the fact that it's been processed a bit in post-production may be distracting for some. 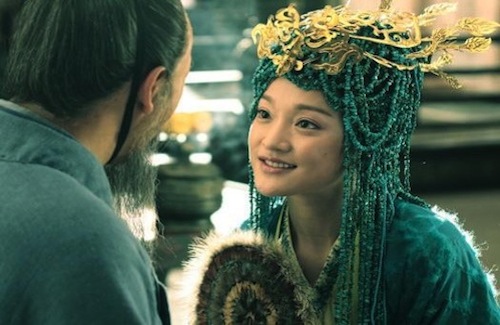 Audio: Confucius is presented in Mandarin Dolby TrueHD MA 5.1 and in a dubbed English Dolby TrueHD MA 5.1 lossless track(s). I watched the film in its original language track with the English subtitles. I reckon this is a pretty hefty audio track indeed. Dialogue is crystal sharp and the subtitles keep up with it, so I never felt lost while I was watching the film. Scenes in the battlefield are impressive and the sound field reflects this. The rear channels were put to work and so was the LFE (subwoofer). Confucius on Blu-ray sounds pretty damn good. Stick to the original language track with subtitles - you'll like it more. 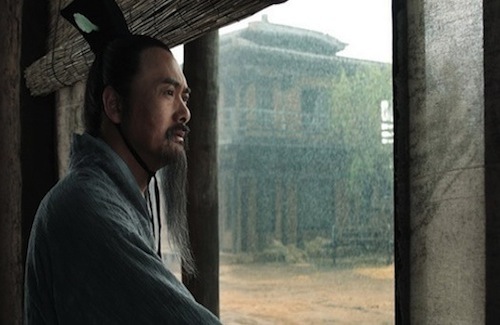 Extras: Confucius comes with an oddly indexed smattering of featurettes. The featurettes seem to be from the same long-form featurette, but divided up into individual behind-the-scenes featurettes. I normally wouldn't have a problem with something like this, but the fact that I am not able to select "play all" is really annoying. I have to go through them one by one and that can get tedious. The featurette(s) are standard behind-the-scenes fare showing you what went into the production of the film. Mind NOT blown. 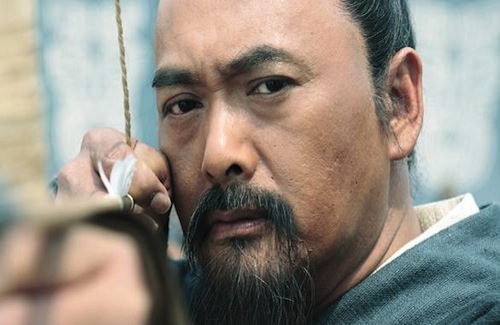 Final Thoughts: Confucius can be considered a minor epic in the continuing and expanding growth of epic Asian cinema, but I'm not really sure how much more story there is to tell about the character. The film focuses a bit on his teachings, next to nothing about his personal life, and even less in between. The film clocks in at 125 minutes, so I wonder if it could have been 30-45 minutes longer just to fill in the gaps? It's by no means a bad film, but doubt many people will remember the film down the road. It was filmed in 2009, so for whatever reason, we're finally seeing it on home video now. I'd rent it first.