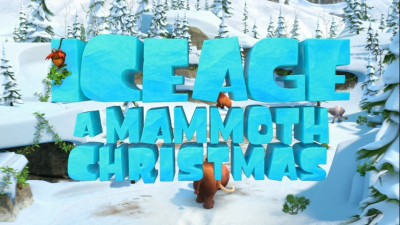 What is there to say about a 20 or so minute long Christmas special with a simplistic storyline and little to no character development to be found anywhere? Viewers who appreciate the Ice Age film series are the only viewers who will have any interest in checking out the latest trip back in time. Those viewers might find some worthwhile moments in A Mammoth Christmas Special despite the shortcomings of such a brief exploration of the Ice Age seasonal world.

The storyline has a significant focus on Sid (John Leguizamo) this time around. Sid is distraught upon accidentally destroying a Christmas rock belonging to Manny's family. Manny (Ray Romano) loses his temper and tells Sid that he is going to be on Santa's naughty list. In a desperate attempt to remedy this and still receive "Christmas" Sid journeys to the North Pole to try and find Santa to be put back onto the good list. A supporting cast of characters rounds things out a bit (the squirrel Scrat continues to attempt to eat an acorn and does not succeed, even given the holiday spirit that was theoretically suggesting that he might actually resolve some acorn-seeking ambition). Everyone who provided voices previously returns for the special: Denis Leary, Queen Latifah, Seann William Scott, and others. 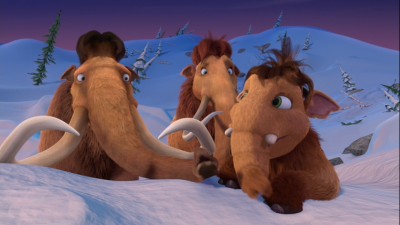 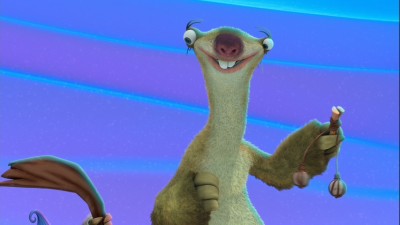 Ice Age: A Mammoth Christmas Special is worthwhile. It's a nice little blended brew of sorts. It's a modern special in the animation style (being a glossy computer generated effort, while traditional animated programs seem to be becoming even rarer for holiday specials and the like). It won't become a staple of holiday classics but it will be enjoyed by kids and adults in equal measure if viewed by Ice Age fans. There's plenty of nice animation, the direction is a quickly paced but decently measured experience, and the story is cute enough to bring us in to some warm blissful smiles. Go in to the viewing experience with decent expectations and it should deliver some good Christmas cheer for all. This is a quality, albeit very brief, Christmas special. 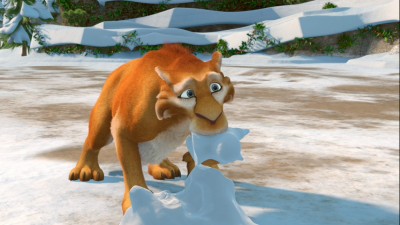 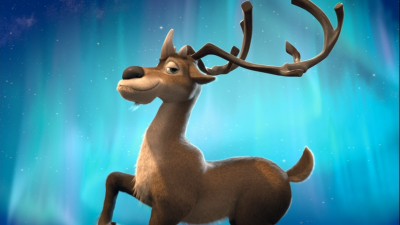 Ice Age: A Mammoth Christmas Special arrives on the Blu-ray High Definition format with a notably impressive AVC encoded transfer in 1.78:1, which preserves the original broadcast aspect ratio of 1.78:1. The transfer has an average bit-rate of 27 MBPS and looks splendid with great colors, genuine clarity, and no signs of any presentation issues that could have negatively impacted the pristine look or feel of the nicely produced CG special.

Audio is not quite as impressive as the video (despite the special being presented with a 5.1 DTS-HD Master Audio track). The clarity is strong and dialogue is easily reproduced, but the track lacks truly immersive surround usage in comparison to the actual Ice Age flicks and a sense of weak output from the subwoofer is noticeable throughout. The audio is good but it definitely feels more like a television production. (Please Note: That's actually what it was.)

Does a poorly edited music video with screeching and cringe-worthy music set to clips from the already brief Christmas special and a sneak peak of the upcoming Ice Age: Continental Drift theatrical film count as extras? I don't think so but for those curious these are included on the disc. Sadly... there still remains to be a commentary track from the acorn about the overall experience of working with Scrat all of these years. Maybe a double-dip is looming? 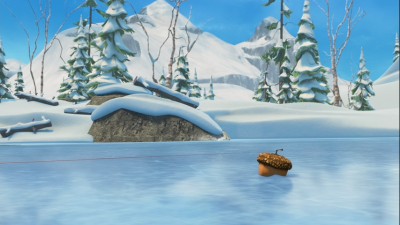 Fans will definitely want to check it out if they enjoy celebrating the most wonderful time of the year and should give it a spin to see if it's the kind of special that might be frequently revisited during the Christmas season. It's nothing groundbreaking, and it relies heavily on a formula established for Ice Age that seemed to happen... well, ages ago. Nonetheless, it works some Christmas magic with enough charm and heart to be worth sharing with one's family. While casual fans are encouraged to rent first considering how short the special is, diehard's who know it will be watched over-and-over can make purchasing decisions more easily. Recommended.