Premiering on HBO on Valentine's Day 2011, When Strangers Click was an attempt by director Robert Kenner (Food, Inc.) to explore the many ways people use the internet to find romance and/or sex. The film tells the stories of five different individuals looking for an online connection, interspersed with amusing factoids about online matchmaking and dating.

Kenner and his producers chose the various stories for their far-out appeal, and the results are actually absorbing for the most part. The film is neither a preachy diatribe about the risks of meeting people online, nor a smiley-happy ode to finding love à la eHarmony commercials. Although the stories have varying degrees of effectiveness, they do convey the central idea that hooking up or falling in love via the internet is still in its fledgling "anything goes" phase. 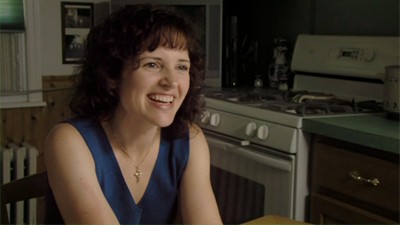 We begin with the story of Kim, an attractively pixie-ish New Jersey resident. Smarting from a short-lived marriage in her twenties, the segment begins with Kim recalling the often futile online search for a compatible mate "within the tri-state area." Combing the personal ads on one website, her eye is drawn to one attractive fellow who lives in the Czech Republic. Kim starts a correspondence with the man, who can only communicate through a Russian-to-English translating program. The man's broken proclamations of love charm Kim and the two fall for each other. Kim decides to travel overseas to meet her beau, despite the non-support of her friends and persistent cautions from her mother (who fears that she'll be sold into sex slavery). What wasn't revealed to the friends and family is that the two decided to marry in Prague. A sweet and funny segment, illustrated with video footage and recreations that are miraculously non-cheesy. 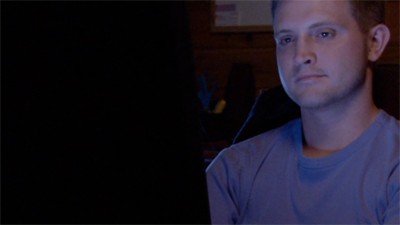 The saga of Ryan, a youngish gay man, is next. Ryan begins by describing his childhood in conservative Helena, Montana and growing up the son of devout Christians and coming to terms with being gay. Breaking away from that stifling environment, he moves to Spokane, Washington to make a new start. He describes the awkwardness of online dating, including an episode where he chats with a bisexual man with a mysterious identity. The online suitor wrangles Ryan into getting a plum job working at the Spokane mayor's office. Eventually he learns that the mayor, conservative Republican Jim West, was the same person who was sexually pursuing Ryan online. This was a well-covered scandal from a few years back, but it's interesting getting this new angle here. Ryan seems like an affable enough guy, but the segment has a different tone from the rest of the film, dealing less with love and dating and more with sexual predators. 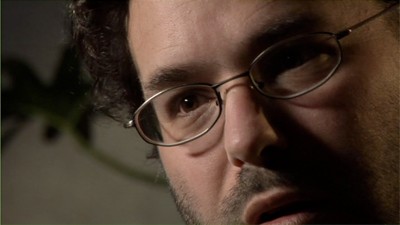 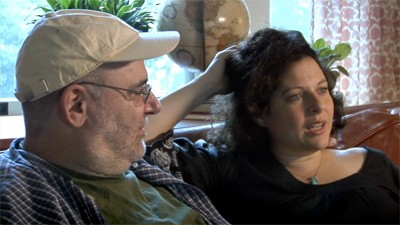 We then delve into the search for love with Dave, a scruffy appearing Manhattanite in his 30s. Dave describes going online in the 1990s and the need to put on a façade in order to attract the kinds of women he's attracted to, a subject that isn't dealt with too often in documentaries. With a set of Russian nesting dolls used as a visual aid, Dave recounts meeting various women for dates and winding up in short-lived trysts or hookups because the other parties' online descriptions didn't match their real life appearance. After a string of failed dates, Dave comes to realize that he's doing as much manipulation as his prospective girlfriends. Being honest with himself eventually lands him a stable relationship. This was another interesting, thought provoking segment.

Next up is the tale of the courtship of Beth and Andy, a married couple with the kind of jokey camaraderie and mutual respect that many long-together couples share. The vivacious Beth describes living in New York circa 2000 and feeling a sudden, profound emptiness at turning thirty and still being single. Videotaping herself on her birthday, she moans about the frightening prospects for her future. It's hard to imagine anyone being attracted to this sad sack, but older divorcée Andy finds something in her online dating site ad that clicks and they begin dating. It turns out that they have terrific chemistry, and their shared tendency to laugh at whatever situation comes their way gives them a lasting bond. A more typical, yet heartwarming, episode. 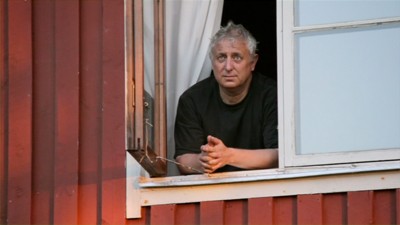 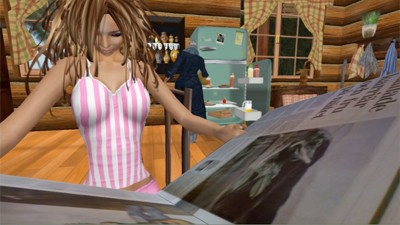 Kenner saves the strangest bit for the finale with the tale of Bara a.k.a. Jonas. In Tärnö, Sweden, Bara is an unassuming middle-aged man who lives on a remote, beautiful island with his mother. He seems to enjoy country life, but his real passion lies in composing music and sharing it through the social networking site Second Life. It's in that jaggedy virtual world that he created his alter ego, Jonas, a slim, model-handsome guy in rock musician grungy attire. Bara's Second Life addiction is so great that he eventually builds his own virtual nightclub, where he has Jonas perform and attract other Second Lifers to groove to his music. One patron accidentally shows up early to a Jonas gig -- Nickel, a gorgeous woman whose look lies halfway between Barbie and a high class stripper. Nickel gets to know Jonas over time, coaching him on his music, giving him a fashion makeover, going on dates and falling in love. The two even stage an elaborate virtual wedding, despite their human counterparts never having met. An opportunity arises, however, when Bara is offered a recording contract (the first musician signed through Second Life!) and travels to New York to record an album. He arranges with Nickel, a woman living in Minnesota, to finally meet face to face. Can virtual love translate to real love?

The Bara/Jonas segment closes When Strangers Click out on an odd note. It's clear that Kenner is enthralled by Second Life and wants to present the piece as a feel-good balm like some of the other segments, but the way it plays out is more unsettling than anything else (at least to this person, who would never get sucked into something like S.L.). Like the other participants, however, Bara is an appealing guy whom the viewer ultimately wants to root for. He deserves to find his bliss, no matter where it takes him.

Disinformation's DVD of When Strangers Click offers a single, clean sounding soundtrack in NTSC stereo. No subtitle options are present.

The 1.78:1 anamorphic widescreen picture relies on a few different visual tricks, incorporating motion graphics, shot-on-film snippets and vintage video footage interwoven into the stories. Most of it is shot on high quality digital video with a well-balanced picture.

This rather brief (56 minutes) feature is supplemented with a few extras. An Interview with Bara and Director featurette is a 24-minute virtual talk show hosted by a Second Life personality by the name of Paisley Beebe. It's a basic, rudimentary chat with Bara and Kenner (whose Second Life avatar looks exactly like the rumpled director). Cyber Cyrano is a two minute outtake interviewing a man who serves as a paid consultant/intermediary for people seeking significant others on various dating sites. Finally there's a 27-minute Q&A with the Filmmakers with Kenner, two producers and two of the profiled couples speaking informally after a screening of the film. The sound on this feature is not the greatest and most of the info conveyed isn't particularly illuminating.

When Strangers Click is an enjoyable look at at what current technology has done for the age-old pursuit of love and sex. The DVD itself is a rather slight affair, however, so those with an interest in quirky real-life stories would ultimately be advised to rent it. 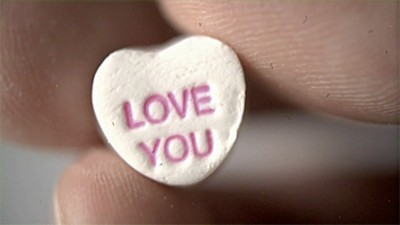