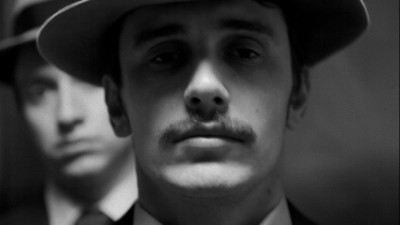 The Broken Tower is the latest project from James Franco (Your Highness). The film is based upon the autobiography of the poet Hart Crane as written by Paul Mariani. Crane was considered to be one of America's most influential poets following his suicide. The story that is told is one that has revolved around Crane's struggles to survive as a poet determined to write prose, while also emphasizing his homosexuality and self-destructive behavior. James Franco wrote the screenplay, directs, and stars.

Every once in a while a popular actor or actress decides to step outside of their comfort zone and step into the director's chair for a production. This practice seems to occur somewhat frequently and it can seem as though the performer is mainly attempting to test their creative muscles to see what sticks on the proverbial wall. In fact, it's such a common practice now that numerous high-profile actors wind up making a lone film as the head-honcho. Some actors even manage to make great things happen and go on to fruitful careers as the men and women behind the camera on many projects. Some might think it describes James Franco. To some degree, that actually does seem to be fitting.

Franco is a busy man. He has three MFA's, a BFA, and he acts a lot too. You might have seen some of his films: Spider-Man, Pineapple Express, and 127 Hours are just a few from his long filmography. He directs more often than most typical actors, students, and professors do (yeah, he even teaches classes too). It might be difficult to imagine where he gets all of his energy from. Caffeinated beverages and no sleep? I've heard that Franco feels as though he's wasting good time that could be spent doing something else in hours contained by sleep. Franco pushes himself on all cylinders.

There actually is a point to discussing Franco's workaholic lifestyle while writing about his latest effort, The Broken Tower. The film feels amateurish despite the fact that Franco has so many directing credits under his belt by now. I was disappointed by his style. The camera-work was shoddy (unsurprising given what must have been low quality handheld cameras). I would have hoped for more from a professional actor worthy of miles of admiration. This film is messy: the camera-shots are often chaotic in style with poor visual techniques and the editing is also weak. When one scene feels ready to end it often extends much further than expected and many scenes feel unfinished and end in a somewhat abrupt fashion. 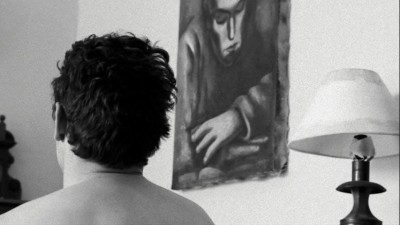 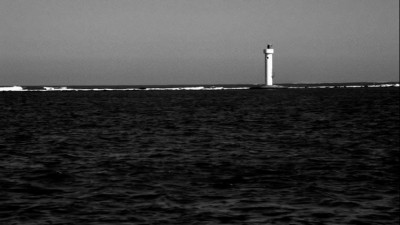 The acting isn't uniformly memorable or impressive. Not even Michael Shannon (The Runaways) is that memorable in the role of Crane's lover. Shannon has hardly any scenes, performs with sparse dialogue, and with a seemingly uninteresting story because we don't get a feeling of knowing him much at all. It doesn't surprise me that the focus is never allowed to drift from Crane at any given moment.

Watching The Broken Tower mostly feels like "the James Franco show" with a small group of supporting characters that never get an opportunity to feel like actual people at all. Instead, these supporting roles simply fulfill their role in relation to telling the story of Hart Crane. The only actor to have a real chance to shine is James Franco, and while his performance feels honest it doesn't make up for Franco's weak skills behind the camera, and as a poor instructor to his fellow actors, which does more to detract from telling Crane's story than it does to help share it.

Even the opening of the film can't manage to grab a hold of you. The direction feels too lackadaisical and uninspired. Franco's performance and efforts are driven from passion, and yet he doesn't seem able to capture any solid supporting performances and the camerawork feels like something done from a first-timer. There are some notable moments but it doesn't add up to a convincing and satisfactory whole: it's an unfortunate drawback that prevents the film from feeling like a solid bio-pic, character analysis, and James Franco vehicle. Even so, Franco does a solid job at demonstrating some degree of internal conflict for Crane and that helps to keep the proceedings somewhat interesting.

The black-and-white photography feels appropriate for this material. That is one positive directional decision that worked well.  Having it be in black and white helps it to capture the solemnity of the character and the harsh reality of a man who faced self-hurting torment and self-indulgence in his mental interior-room. You feel the pain of Crane even when the filmmaking itself seems atrocious.

The Broken Tower was filmed entirely in a traditional "standard" art-house style: low on production-excellence, and high on experimentation. Regardless of the outcome, Franco has delivered a curious passion project worth experiencing at least once - if only to see for yourself what happens when an inspired performance becomes undersold by weak filmmaking. James Franco might be an awesome workaholic and all around cool guy (which I'm positive he is), but he could use some fine tuning as a director and screenwriter - and hopefully soon. Considering how many films he has now completed Broken Tower comes across as a decidedly uneven outing that never manages to grasp Hart Crane as if in full bloom. 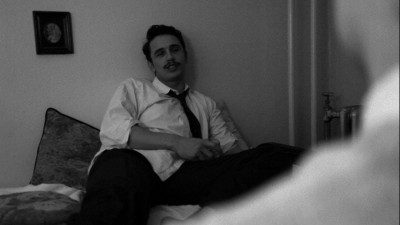 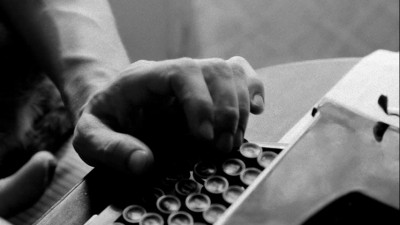 The Broken Tower is presented on DVD with a 1.78:1 16x9 anamorphic widescreen transfer which preserves the film's original theatrical aspect ratio. The black and white photography by cinematographer Christina Voras is pleasant and retains a good post-modern classicism quality that befits the photographic work. The film appears to have been shot using digital video but there are scenes that feel rather filmic and appropriately stylized. The transfer's not going to surprise anyone by being a showstopper butt it has decent depth, clarity, and remains free from obtrusive compression problems. It's the best one can expect to see for this particular production on DVD.

The 5.1 Dolby Digital audio isn't overtly impressive and doesn't contrast quite as nicely when compared to the video presentation. There simply isn't much going on with this surround sound mix. The best thing going for it is the added dimension given by the impressive original score composed by Neil Benezra. It added an element of intrigue, darkness, and remorse to the atmosphere of the film. It was one of the best aspects. Subtitles are provided in Spanish and English SDH (for the deaf and hard of hearing).

The release actually has a few interesting inclusions for fans of the film to dig into. Perhaps the biggest spotlight is the Audio Commentary with Director James Franco, Producer Vince Jolivette, and Cinematographer Christina Voros. 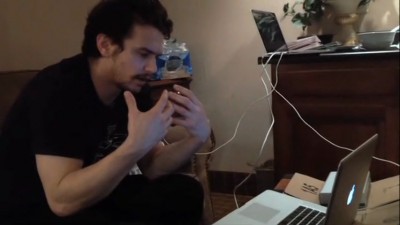 A featurette entitled Exploring Hart Crane (48:20) features James Franco interviewing three scholars/poets regarding the history of The Broken Tower's subject Hart Crane. He uses the Skype technology to conduct these interviews (which have been edited together). The piece also contains some film clips from The Broken Tower as edited with dialogue from the three contributing members and Franco.

The Theatrical Trailer has also been included. 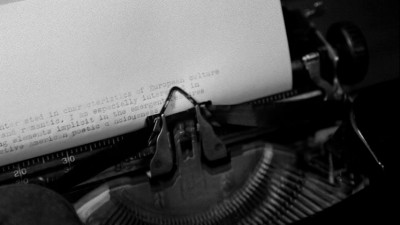 The Broken Tower is an interesting experimental piece by James Franco. The performance is strong and the concept is fascinating. It's unfortunate that the film doesn't feel like more of a bio-pic, and one worth investing some quality time into. Hart Crane is a worthy subject of a character study but James Franco's passion project doesn't deliver a satisfying experience. It's worth watching at least once to see the noble filmmaking attempt with a few worthwhile moments, regardless.