Those approaching "Demon City Shinjuku" on the pedigree of its director Yoshiaki Kawajiri alone take heed. As exciting as "Ninja Scroll" is, "Demon City Shinjuku" is dull. Running what on paper appears to be a scant 82-minutes, the 1988 OVA flies off the line with a visually stimulating intro featuring a brave warrior doing battle atop a Shinjuku prefecture roof against demonic foe Rebi Ra, culminating in an explosion of energy that devastates the city and plunges it into a wasteland of evil. As so many stories of its ilk have done before, "Demon City Shinjuku" flashes forward to a time where evil is set to return and the offspring of a fallen hero, in this case Kyoya, a young street-smart Kendo instructor, is called to save not only the fallen Shinjuku area, but the world at large. 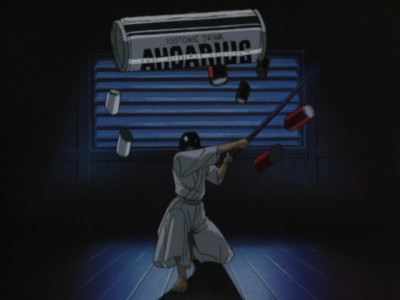 With little time to spare, Kawajiri's tale of good versus evil flies through the expository process, plunging the reluctant hero into the thick of it alongside Sayaka, daughter of World President Rama. However by taking no liberties with time, Kawajiri backs himself into a corner that turns "Demon City Shinjuku" from a high-acceleration pursuit into darkness into an increasingly agonizing drive into melancholy doldrums, continually stuck in first gear and eventually traveling in circles. With more time devoted to introducing characters and key plot points, "Demon City Shinjuku" cold have been a solid diversion, but the sheer number of times the viewer is reminded that Kyoya lacks the proper skill to defeat the returned Rebi Ra, is enough to try the patience of even Leonard Shelby. 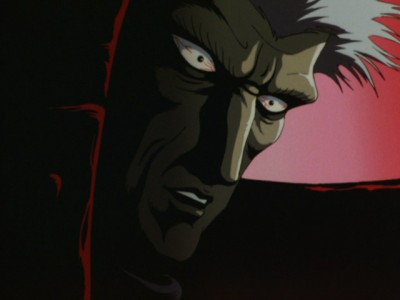 While the story itself is incredibly generic and overflowing with sometimes flowerily dialogue that says nothing, the animation is visually striking, bringing back nostalgic memories of late-80s and early-90s anime, reminding viewers that animation was and forever shall be an art form, despite how mass produced animated entertainment these days often looks a step above an animated Flash ad on the Internet. Likewise, the voice acting is incredibly restrained, with natural sounding voice work that matches the physical appearances of the on-screen counterparts. I can safely say, while "Demon City Shinjuku" left me wanting more substance, my eyes were never once bored. 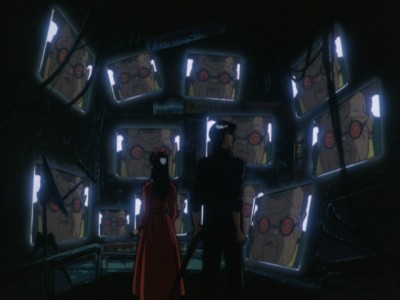 The film closes out on a mixed-note, after limping along for almost half its runtime; the characters we meet along the way, including a smart-mouthed street kid and anime requisite mystery man, the somewhat aptly named Mephisto feel like necessary contrivances to get us to the big finish, which doesn't quite live up to the lofty expectations the film opens with. To put a cap on the whole affair, the film's tone is decidedly askew, with the characters often broadly written for a younger audience, but the underlying tones of the film's plot and ensuing action sequences being wholly inappropriate for a pre-teen crowd (the dreadful English dub is a relic of a time where profanity meant edgy). At the end of the day, "Demon City Shinjuku" resides well down the list of Kawajiri's output and a marginal at best, piece of entertainment that is forgotten far more quickly than it unfolds.


The 1.33:1 original aspect ratio transfer gives away the film's late 80s origins in a heartbeat, featuring soft dark colors, a lack of smooth art, and a tiny bit of aliasing issues.


While the packaging only advertises plain English and Japanese 2.0 tracks, the disc itself sports a Dolby Digital English 5.1 DTS Japanese track that has a surprising amount of depth to it along with some decent attempts at low-end enhancement; however when compared to the non-DTS 5.1 track, the difference isn't as striking as some discs. The Japanese 2.0 track however has poorly mixed dialogue and is incredibly thin in all categories, while the less said about the English dub, the better. English subtitles are included.


The sole extras are a small collection of storyboards and the films original trailer.

Marred by poor pacing and a thin story, "Demon City Shinjuku" survives mostly on a purely technical level, with the animation and action set pieces trumping all other categories. The technical presentation of the disc is a welcome surprise, especially 5.1 audio remix. Genre fans have likely already seen this relic of a bygone time and newcomers should not expect much substance. Rent It.