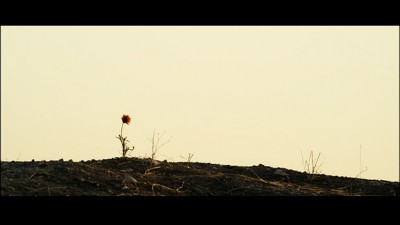 Amador is the latest dramatic work by director Fernando Leon De Aranoa (Monday's in the Sun, Princesas). We begin the film with a beautiful shot of a flower in desert ground, and the quietly graceful presence of it is made clear amidst so much emptiness in the environment surrounding the beautiful flower - it is a flower that is all alone, radiant, and in an environment that doesn't support the flower's message of life: of beauty, of standing tall, and emanating the richness of living. What does a flower do amidst the soils of the earth? It grows... even if surrounded by weeds. We all have things we can learn and ways in which we can blossom, no matter what circumstances befall.

Marcela is a young twenty-something woman who has immigrated to the United States. She is without a job and she is stuck in a relationship with a man who sells flowers that he steals and turns over for profit. Nothing about their relationship feels genuine or heartfelt, and at times it seems as though he is being unfaithful to her. Marcela feels alone and doesn't see a future for their relationship, and yet she stays with him.

He wants a refrigerator to store these flowers in and doesn't have the money to purchase one so he suggests Marcela find a summer job that is going to quickly earn them enough for the down-payment. Marcela finds a job as caretaker to Amador, an elderly man who is ill. This quirky drama with a darkly comedic under-tone thus takes us on a path of strange occurrences, unexpected friendship, and some lessons in life and flowers. 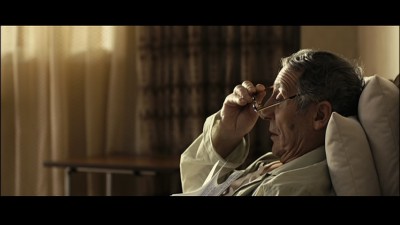 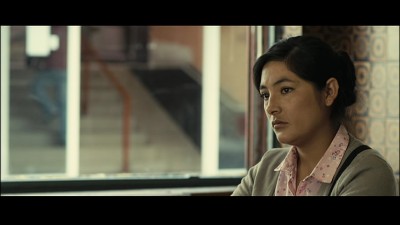 This is a story about flowers. Marcela, the central protagonist, is a flower herself: she has beauty inside of her. The flower metaphor is something that hadn't occurred to me until after viewing the film first, but which became apparent upon reflection. I believe this is one of the central messages of the story:  we all have flowers within us. We must let them grow... to allow a flower grow within us. Marcella can shine and so can the viewers who listen to the inherent message of the story.

The film is slow-paced, and sometimes methodically so. The direction by Fernando Leon De Aranoa expects viewers to be along for the ride despite the bumps in the path and the quietly curving twists within the story frame and foundation. The main goal of the piece seems to be about focusing on the characters. Aranoa does this so well that it is unmistakably one of the primary strengths of his direction and screenplay. He has also crafted such a worthy female character role, and one that lead actress Magalay Solier seems to become entirely absorbed within.

This is a moving drama, and the kind that leads to discussions with fellow viewers after the ending credits begin to roll. You ponder about where the characters are going and what was experienced over the course of the film. It's one of those intimate pieces that offers us more questions than answers: not that it is a film based around the mysterious, but it is one that is asking some serious questions about the mysterious of life and of flowers. You will wonder about the meaning of it all and it will make you grateful that such filmmakers and films still exist. 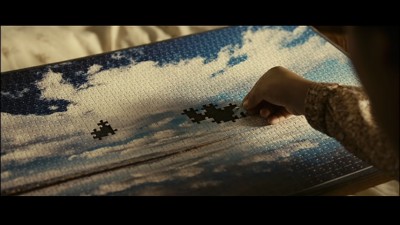 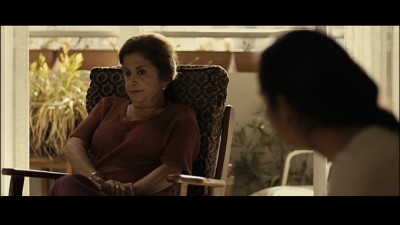 Amador has been presented on DVD by Film Movement in the original theatrical aspect ratio of 2.35:1 with 16:9 anamorphic widescreen enhancements. This isn't a particularly flashy looking film, but the cinematography by Ramiro Civita has an ability to feel gloomy and surreal during certain scenes and it adds an affecting feeling to the film. I noticed some minor compression in the transfer but this is a generally pleasant presentation that remains well-balanced. Sometimes, the film grain seemed more like digital noise to me, but it came as a minor detraction from the generally strong picture quality.

The film is presented in Spanish with optional English subtitles. The sound design for this film doesn't require much activity from the surround speakers because there isn't a lot going on as this film relies heavily on a minimalist approach. The dialogue is easy to understand and that seems to be the biggest compliment to give this film. The music score occasionally adds the necessary emotional backdrop but composer Lucio Godoy is wise enough to realize that the production was often in need of silence. This is an intimate character-study in every way.

The audio feels designed to be along for that kind of ride. Keep expectations in check, and expect satisfaction.

The primary extra is the monthly short film. This is something that is  included on each Film Movement release in the club. The included film this month is How it Ended. From Director Gabriel Nussbaum (18 minutes run-time). In English. 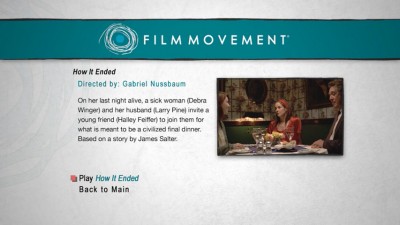 This was one of the weirdest short films that I have ever seen included on a Film Movement release. The characters and their actions are quite strange, confusing, and I had some trouble following what was happening. In essence, the story is about an ill woman who sits down to dinner for what she believes is her last meal - while trying to embrace her husband's young, accompanying lover. Quite bizarre and not exactly one that I found easy to connect to.  The conclusion also left me feeling baffled.

Additionally, Trailers for other Film Movement Releases and Cast/Filmmaker Biographies related to Amador are included. 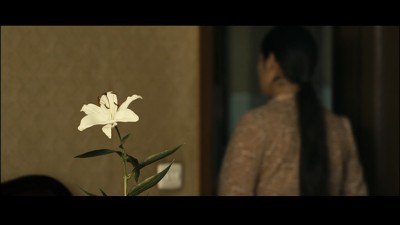 Amador is a moving and surprising effort from Spain's Fernando Leon De Aranoa. The film blends together the darkly dramatic and comedic in strange, surprising ways. I hesitate from saying that the film with be of much comedic interest, but it does have a lot to offer with the dramatic pinning's of the story and lead actress Magalay Solier delivers a great performance. This is worth seeking out for anyone who loves indie films with solid character explorations.