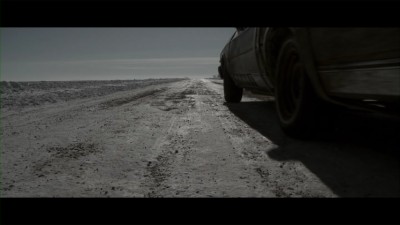 Prairie Love can be easily described as one of the oddest independent films that has sprung up in the past year or so. It's a story that is so baffling and bizzare. That seems to be the main element behind the entire film and its strange creation.  The film is the narrative feature-length debut of writer/director Dusty Bias (1 Phone, 2 Phone, 3 Phone, 4), who seems to have taken some of those offbeat ingredients from the manual of filmmaking written by the Coen brothers.

The story centers upon a strange unnamed man (Jeremy Clark), who is traveling alone in the North Dakota prairie. The iciness and isolation surrounds him at every turn. He's been seen traveling with a sword, and he's driving an average vehicle and with few belongings. He is someone with a mission of some sort, or so it would seem, but we never get to find out the exactness of this character's story before the entrance point. What we do discover is that this strange drifter listens to self-help tapes that are supposed to present information about relationships. It's an interesting element considering the fact that there's no one around him and he seems to be highly isolated. Is the drifter feeling isolated himself?

The story takes a turn from the journey of the loner when he stumbles upon a man who he lying in the ground on the frozen road-way he has been traveling. The drifter gets out of his vehicle and checks on him to see if he is alive. He saves his life in this moment from the coldness of potential death that the young man faced. As the new stranger recovers, he takes a look at a number of belongings he finds with the man. He discovers a series of letters that he wrote. Something interested him about them. That detail was that he had a pen-pal girlfriend. He actually hadn't met her in person before.

Beyond that... neither individual had even seen a picture of the other person before. So this mysterious and bizarre drifter takes the young man out of the picture (you'll have to see the actual film for more details), and proceeds to journey to the prison where his pen-pal girl is residing before her soon-to-be release from prison. 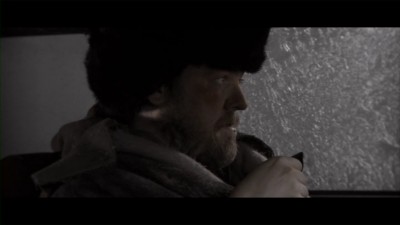 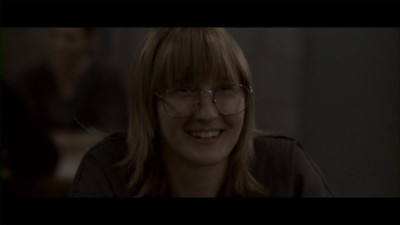 The rest of the film proceeds to be about the relations between the drifter and the girl (Holly Lynn Ellis). The film goes off into even more bizarre territory and it's not exactly a comical journey, but it's certainly one that is offbeat, unusual, and surprising along the way.

Dusty Bias has attempted to make a film that is quirky and delightful as a strange romantic film or comic-tragedy and his style is distinctive enough and fashionable in filmmaking qualities of importance for any first time feature-length filmmaker but it is something that doesn't entirely succeed along the path that he has taken as a writer and director as this story ventures into a considerably creative but underdeveloped territory.

The characters are not as well-developed or explored as I would have liked to have seen and some of the questions about these three lead characters are barely explored. It's something a viewer will have to consider for themselves as the story leaves many elements unexplored. I wondered why the girl was in prison and you never find out (but in one creepy scene she's a helper to the drifter in a way that is disturbing and may provide some sort of hint of her own mental state).

The cinematography is stark and appropriate for this film. However, there is something to be said about the emptiness of the cold environment and how the film has a low-fi indie vibe which isn't necessarily beneficial to the story. There are many moments where I found the film dull, instead of fascinating in it's approach to exploring isolation. Unlike How I Ended This Summer (a Film Movement release and a brilliant film in its own right) this film attempts to explore some very similar conceptual ideas but it doesn't explore them as effectively as it could have. Indeed, a short running time of around 80 minutes is not nearly enough to explore these characters and having long sequences of minimalistic design doesn't benefit the structure as much as I had hoped it would initially. Prairie Love is a curious character-driven portrait piece of film but something about it seems unfinished (and unpolished) for it to ever be entirely successful. 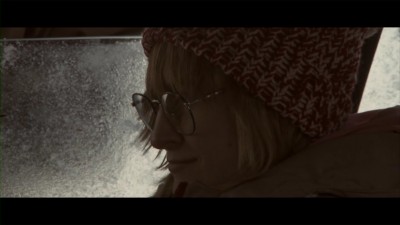 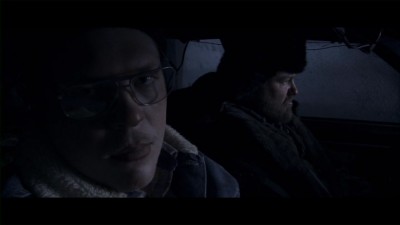 Prairie Love is presented in it's original aspect ratio of 2.35:1. The picture quality isn't all that impressive and the colors are mostly dull. The image is severely lacking in pristine clarity and some scenes have rather poor lighting that affects the vibe of the film (although, I feel as if it might be intentional on the part of the cinematographer).

I thought the framing was an odd choice for the filmmaker to choose. It helps to emphasis the stark emptiness of the environment but besides a few choice shots the rest of it doesn't benefit from a wider scope. Not enough is going on in this film visually for it to be presented with this ratio.

The 2.0 audio isn't exactly exciting. Many scenes have some muffled audio where the dialogue isn't as easily discernible as I would have liked for it to be during the film, and the film doesn't really have any interesting elements to its sound design besides the score music (which does an effective job in unifying with the film's imagery). I wish there was more to this sound design. I found it rather uninvolving.

The main supplement is a short film entitled A Family Portrait. It is from director Joseph Pierce. This animated piece is a disturbing and unconventional look at a family who is trying to take a family portrait together but some strange occurrences and emotions from the family seem to be in opposition to their quest for a "happy" family portrait. The photographer begins his picture-taking only when the negativity sparks.

This short film was visually creative but I can't really say it grabbed a hold of me as something particularly interesting or enjoyable. I thought it was inventive but emotionally it was not quite as involving or expansive as I would have liked (even within its altogether short running time).

The other extras consist of a brief director's bio and trailers for other Film Movement releases. 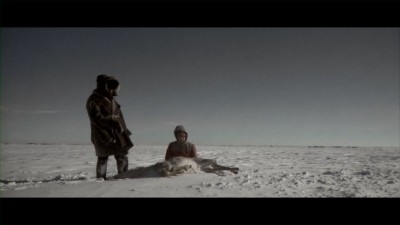 Prairie Love is a quirky, bizarre, and unique invention of indie-filmmaking. However, the plot and characters are barely developed and the naturalism to the environment in this film is not as effectively utilized as I would have liked for it to be. The film ultimately feels underdeveloped and unfinished as a product. It's not terrible by any means, but it doesn't reach its full potential.