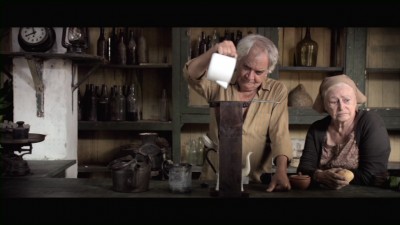 Filmmaker Julia Murat has crafted an introspective film with her debut narrative feature, Fond Memories. The film focuses upon an old, ghost-like town that is inhabited by several elderly individuals who seem to be living in a community that is standing still in time: unhinged, unmoving, or perhaps immortal to the world that surrounds their community.

The film begins by introducing us to Madalena (Sonia Guedes) and Antonio (Luiz Serra), working to make breakfast and coffee in an old coffee shop owned by Antonio. They are solemnly moving about their business in a way that is typical and routine for them at this particular stage in their lives. There are no customers. The coffee and bread was for them.

The story takes particular interest in Madalena. She is the focal point of the film. She is a fascinating character: she makes most of the food eaten by the community, she cleans the environment, and routinely helps keep everything in order. She writes letters in a journal; seemingly letters written to some unnamed individual (perhaps herself) about memories remembered about time spent with Antonio and quiet community in which she inhabits.

At this point in the story, a young woman named Rita (Lisa Fávero) enters the picture as someone unaccustomed to their slow-moving world. She's vibrant, full of life, and she's someone who comes from someplace she won't share and who seems to want to take an interesting photograph at each turn. 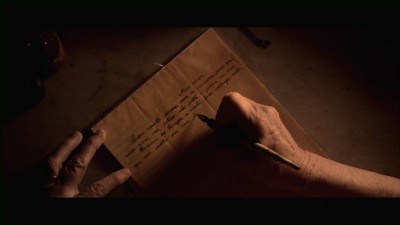 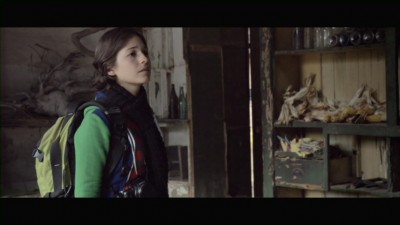 The rest of the film plays out essentially as a slow-paced (sometimes glacially placed) introspective look at Madalena cleaning, cooking, and walking with Rita. They share conversations occasionally and there are a few moments of insight into Madalena too.

That's about it... there are a few minor character revelations and a conclusion that may conceivably be a throwback to The Twlight Zone (depending upon your interpretation). However, that's really all there is to this film. It's a quiet, slow-paced, and uneventful production. The reason the film works at all is because it has a warmly-nostalgic idea surrounding it. The film considers the way photography is used and the importance in photography for society and people in general.

The heart of the film is based in nostalgia, and the film works wonders when it does focus on this element because it takes us all journeying alongside it on a nostalgic route. The framing and photography is also quietly exquisite. Unfortunately, I felt as though the characters were not anywhere near as well developed as they could have been, and many scenes are so slow and uninvolving that it takes you out of the experience. I don't know about everyone, but I really wouldn't necessarily call watching someone dusting off shelves for several minutes a totally engaging cinematic experience. At least, I wouldn't consider it as such without a generously talented filmmaker.

Julia Murat displays a lot of talent but her filmmaking has a way to go before a story with so little plot and character development can play out in such a fashion. Found Memories works sometimes but it also drags on a bit in parts. I enjoyed the film because I found warmth from Murat's style of filmmaking, but I was also sometimes bored and disinterested. This film is a mixed bag of variable results. Found Memories is still a film worth seeing for a photography lover who doesn't mind the quiet moments playing out solemnly and slowly (much like the actual art of taking and developing photographs). 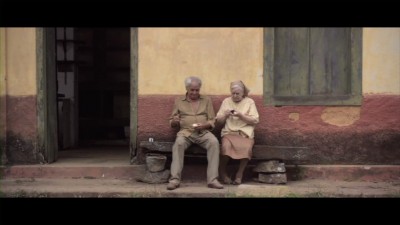 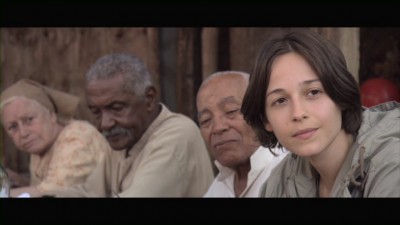 Found Memories features another impressive transfer from Film Movement. The colors don't exactly pop but the subdued cinematography feels largely appropriately for this kind of quiet film. The clarity is good, and the transfer feels cinematic and avoids compression issues and other problems sometimes encountered on indie-film releases. The 2.35:1 framing is true to Murat's original theatrical aspect ratio. The release is presented in anamorphic widescreen.

The 5.1 Dolby Digital surround sound audio isn't that impressive for Found Memories. The film is so quiet. There is so little dialogue and music that is used that a better presentation wouldn't have made much of a difference in impacting the film presentation as a experience.  There are many indoor scenes and that inhibits the use of natural environmental elements in the sound design. The audio is audible, clean, and dialogue is easy to understand. Nothing stands out as being poor or excellent in design. It's a serviceable sound presentation.

Found Memories is presented with its original Portuguese audio. English subtitles are provided. 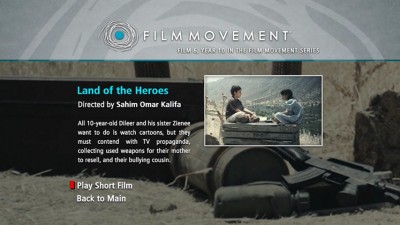 The main supplement included on this release is a short film entitled Land of the Heroes, from director Sahim Omar Kalifa. The piece centers upon young siblings (a boy and a girl) who are bored while wanting to watch cartoons on TV (when only propaganda is playing) and who are bullied by a neighbor kid before they turn the tables on him and bully him back.

It's actually an underwhelming short film and one that doesn't present either the original bully or the sibling children all that favorably. I'm sure it contains a lot of political undertones that I am overlooking but I won't claim to be an expert on the process behind the making of this short feature. (19 min.)

Found Memories also includes a short biography on filmmaker Julia Murat, the theatrical trailer, and trailers for other releases by Film Movement. 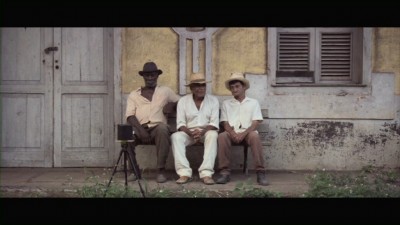 Found Memories is a quietly introspective film. It is a sometimes moving and occasionally boring experience (the pacing was too glacial sometimes). It is a film that looks into the art of photography and a quiet town that is ghost-like and without vibrancy. I enjoyed the film as a whole but I wouldn't necessarily consider this particular film something that is worth purchasing before checking it out first.