Kimi ni Todoke: From Me to You, Vol. 1 (Premium Edition) 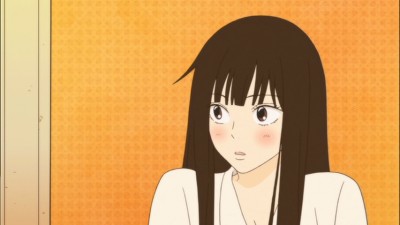 Kimi ni todoke (From Me to You) is absolutely one of the best anime series that I have been lucky enough to see over the past several years. It is one of the best romance anime series that I have ever seen altogether and it has the kind of emotional power to give viewers the butterflies that other shows are never quite capable of delivering to the following audience. Simply put: If you enjoy anime and consider the craft a genuine art form this is one of the series you must see at one point or another. This is an essential romance series which has enough wonderful characters and animation to satisfy even the most critical of anime fans.

The story setup isn't that complex (at least in theory). We are introduced to a high school girl named Sawako Kuronuma. Almost everyone at the school calls her Sadako (otherwise known as that creepy girl with long black hair from the popular Ringu film series). This sort of suggests that some of the other students consider her creepy and are convinced that she is capable of communicating with ghosts. Yet this doesn't ring true of Sawako at all. Nothing about the sweet-natured, good hearted and charming Sawako is reminiscent of that creepy nightmare-inducing horror movie icon. Sawako is one of the most gentle and good-natured anime characters I have ever witnessed in the art-form. She is pure of heart and incredibly feminine too.

The series begins by giving us some backstory on Sawako's character and then thrusts us into one of the main elements of the entire storyline. This is a romance show with one of those "generally unspoken" connections between two of the characters.  Sawako has an unmistakable crush on one of the most popular boys in the school. Shota Kazehaya was Sawako's crush for a long time but she is only just now starting to understand her own feeling towards him. Likewise... it turns out that there might have already been a good connection between the pair that simply wasn't understood before. As viewers, we are quickly aware that these characters would make a perfect couple but one of the things creating the drama and conflict is that the characters don't seem to understand how to express their complete feelings to one another and it makes the romantic-journey one consisting of bumps along the road. 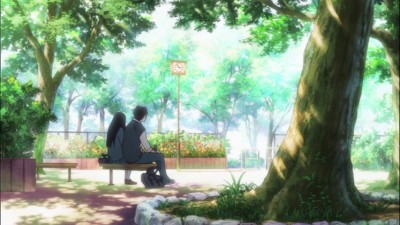 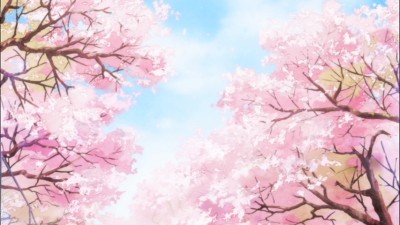 Shota Kazehaya is an incredibly nice-guy. It's interesting that Sawako frequently says a comment or two about wanting to be like him someday when she is essentially the same sort of person - only with a different gender differentiating the two like-minded, beautiful, and compassionate minds. Both care deeply about others and are social-beings. Well... the matter still remains that Kazehaya is superbly outgoing and Sawako is more reserved with others. That doesn't change much. Sawako just needed a little time before befriending a duo of slightly-more-rambunctious sweeties that go by the names Chizu and Yano-chin. These girls are the best of friends before meeting Sawako but it isn't long before these friendships become intertwined and one of the enjoyments of the series is to watch the progression of Sawako leaving her more solemn shell behind to become so close to the other kind-natured classmates around her daily.

There is no doubt that this is essentially a slice-of-life series with a heavy romantic and comedic element. It's beautifully romantic in a way that is sadly uncommon but this is something which makes the show stand out even more as a wonderful artistic creation. There were so many moments where I felt pulled into the world of these characters in astonishing ways. It was a joy to simply be able to discover such a beautiful, romantic, moving, and entertaining piece of art.

The series has left quite the impression on me. The animation is unbelievably good. It doesn't falter at any point during the show. The character designs were distinctive and memorable. The background artwork is remarkably detailed: you can see the immense effort that the animators put forth into this production in the sunlight on the trees or in the detail on the school environments. Each scene seems to have some remarkable poetic and romantic imagery that captures the tone of the series ridiculously well. I was awestruck by the beauty of Kimi ni todoke in every scene.

There is so much genuine emotion. The combination of the direction and writing makes for one massively powerful double-whammy of artistic excellence. It's unsurprising that this is such a gigantic success in Japan and that the original manga series was so popular as well. There aren't many series that can entirely claim to have excellence in almost every area of production. Who can dismiss such beautiful animation, emotive storytelling, fun characters, and the wonderful heart at the core of it all? It's authentic in the best possible way. It has the ability to remind us of how moving a romantic anime series can be when made with a authentic voice. It's as the title suggests. "From Me to You" is from the heart and it was a series made especially for you. 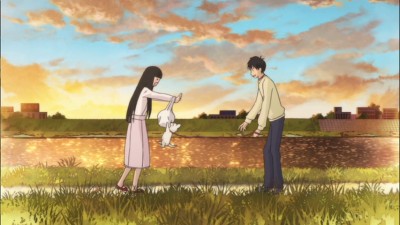 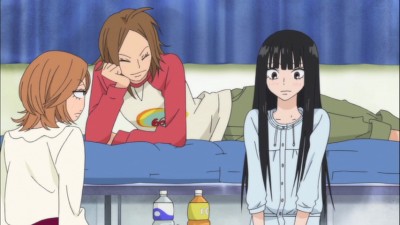 Please Note: The images featured in this review are from the DVD editions in this Blu-ray/DVD combo release.

This was a stunning presentation. NIS America has released one of the most gorgeous looking anime series onto Blu-ray disc. The series is presented with the proper 1.78:1 aspect ratio and with AVC MPEG-4 encoded 1080p picture. It is difficult to imagine a reaction to the beautiful animation being anything less than stunned. What a great presentation. It left me feeling speechless and completely absorbed in the incredible artwork. The colors seem so well saturated and accurate while the line detail is also surprisingly strong. The clarity of the image won't disappoint fans hoping for a solid presentation.

The audio was just as impressive as the video was on this release. It's not going to amaze those hoping to find a surround sound mix, but after hearing a lossless uncompressed PCM presentation for this 2.0 audio mix, I doubt many will find qualms over the quality included. These episodes have amazing aural clarity and the dialogue and music are reproduced with such a high-end quality that it is one of the best non-surround audio tracks I have heard in anime. The format was well utilized. The audio is in Japanese with optional English subtitles. 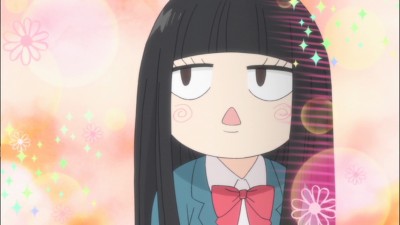 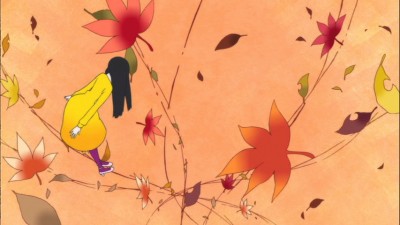 The only on-disc extras are closing opening/ending themes. Both songs add an excellent element to the show. The opening is by Tomofumi Tanizawa and the ending is by Chara. 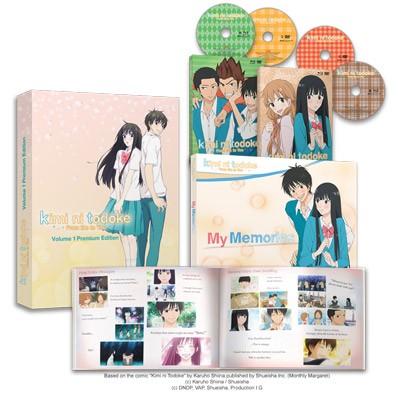 The packaging feels like an extra though! The series is packaged in a stunning over-sized box with artwork on either side of the package. Included inside is the first season. It has been included on both Blu-ray and DVD in two slim-line DVD cases. There is also a large art-book with some illustrations and information from and related to the series (such as mini-length episode recaps using dialog from the series and interesting character bios). 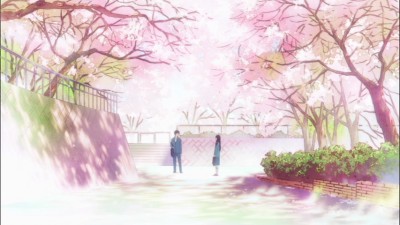 Kimi ni todoke may very well be the best romantic anime series I have ever seen. It's one that can easily be considered a top-contender. There is no disappointing area to the series and it can be recommended with great enthusiasm. Even if this doesn't sound like the type of anime you would normally gravitate towards it's worth checking out just to make sure... this is probably one of the finest quality series I've seen in years. The only downside to the release is having to wait to see the second season. Is that really even a downside? Highly Recommended.