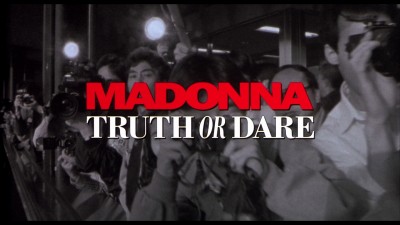 Madonna is one of the most well loved music acts in the history of pop music. Her albums continue to top the billboard sales charts with each release. As an artist, she's been doing her own unique thing since the 1980's and she doesn't show any signs of slowing down. I continue to find her amazing as a musician, performer, and all around fascinating person. Madonna: Truth or Dare is an intimate, eye-opening, and fascinating inside look into the person behind the mass music phenomenon that continues to be one of the greatest pop acts around.

Keep in mind that when I refer to Madonna as having made "pop" music I am referring specifically to the fact that she continues to be a chart topper who has legions of fans around the world. Madonna is far too artistic and experimental to be categorized as a recording artist pigeonholed into a lone category of musical expression. She is a rare musician who can defy such expectations. With each album it is a new experience; a expressive and authentic voice always remains.

The Madonna: Truth or Dare documentary changed the music documentary scene.  Audiences didn't know what to expect from it. You learned more about Madonna's background, family history, and more. She was open about her feelings on many controversial things and also about ordinary issues that affect everyone. 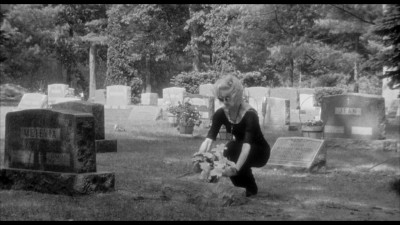 Some of the details are simply fun. I especially enjoyed getting to learn more about Madonna's massive crush on celebrity actor Antonio Banderas. She ended the part commenting on how she "never saw him again" after meeting him and finding out (disappointingly), that he had already married. It wasn't long before Evita became significant to both of their cinematic careers. I wouldn't want to detail too many of Madonna: Truth or Dare's surprises because it would take away too much of its fun.

Experience it for the unique viewpoints of Madonna, her touring crew, and the music. Concert footage is another reason. Every time she gets on stage to perform a song it defines another aspect of the film. The performances are one of the signatures of her magnificent career. Madonna always knew how to ignite the stage with her theatrical understanding and impeccable techniques. It was always one of the reasons for her worldwide popularity.

This is one of the greatest documentaries that I've ever seen about a recording artist. Documentaries about musicians don't always explore as much personal territory. The exceptions are rare and worth added recognition. This is one such example. The film explores the music and craftsmanship of Madonna in an entirely invigorating way. It ultimately helps the film as an exemplary experience. Director Alek Keshishian was absolutely the right choice. Keshishian has provided fans of Madonna with a special documentary worthy of the acclaim it received upon initial release. It's a fascinating, detailed, and important film. This is as much for the stories it shares on Madonna and because it's a piece of new techniques itself in the growing music documentary genre. 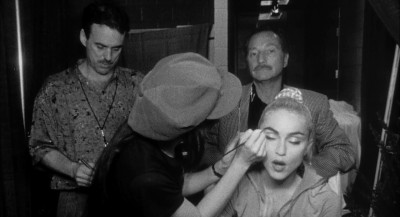 The images used in this review do not reflect the Blu-ray presentation.

Madonna: Truth or Dare is in 1080p High Definition and it has been presented in its original aspect ratio of 1.85:1 for this Blu-ray release.

Madonna: Truth or Dare isn't going to win any awards for consistency in the picture quality department. The transfer itself is true to the condition of the source material and it doesn't disappoint. The footage was often filmed with low-quality film stock though and that needs to be considered when analyzing the transfer's merits. The behind-the-scenes moments of the film are riddled with grain and inherent softness. There is still a definite improvement over the DVD but it's not going to seem as stellar as some might be hoping to see. It's in the concert footage that this upgrade to High Definition completely shines and gives fans footage of Madonna performing music live with stunning resolution. The upgrade amazes with this regard and makes the otherwise decent improvements seem less distracting as Madonna's new Blu-ray release ultimately proves to be extremely rewarding.

The 5.1 lossless audio mix is presented in 5.1 DTS-HD Master Audio. The audio mix is just as odd as the video quality is and for the same reasons. The backstage conversations and quiet moments with Madonna are rather low-key and not exactly thrilling for fans of high-resolution audio and dynamic presentations. Some of the backstage footage even has a slightly muffled sound quality to it (probably because of the way in which things were recorded).

This might be bothersome to some fans and trivial to others. You learn to expect certain shortcomings when it comes to documentary releases (even in regards to one that is as high profile as this).

The documentary kicks things into high gear during the concert footage. What matters is that it faithfully reproduces the source and that its superior sounding concert footage will make fans feel particularly pleased for the entire experience of these concert moments.

Subtitles are provided in Spanish and English SDH (for the deaf and hard of hearing).

The only bonus features included are standard definition (SD) theatrical trailers. While there is deleted footage and performance footage connected to this documentary that hasn't been released on home media it's worth noting that this release doesn't technically "remove" any of the original extras. The lack of extras is disappointing but not altogether unsurprising. It might be the determining factor between a purchase and a rental for some fans but for the fans only hoping for a high quality presentation of the documentary itself this release is an essential addition to any collection (especially at its low price-point). 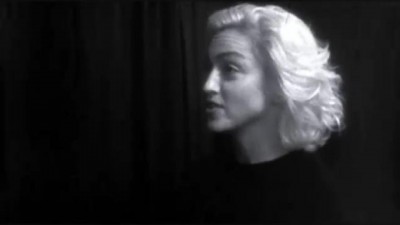 Madonna is always going to be the queen of pop music. Lady Gaga doesn't even come close. There's something about her willingness to be experimental with her music while also being true to herself that is rare and unparalleled in the popular music machine of marketing and unrelenting hype. I haven't enjoyed all of her albums (even if I've been able to love a huge percentage of them), and while it's true that she can be polarizing, there aren't that many artists who haven't been to some degree. Madonna: Truth or Dare is fantastic as both an interesting documentary with a surprisingly personal element and as a concert film. You can't go wrong if you're a fan of MDNA. Madonna: Truth or Dare remains as a stunning achievement even after over twenty years following its initial breakthrough release.