Perfect Sense is an unlikely romantic love story disguised in a sci-fi-apocalyptic thriller of a shell. Eva Green plays Susan, a brilliant scientist who has no time for love or anything else in her life. Ewan McGregor plays Michael, a chef who is a bit of an egomaniac and has no time for love or anything else in his life. The two meet up at the dawn of a new epidemic that is about to engulf the entire world. Sensory loss. One by one, the people of the world start to lose their senses, which include: taste, smell, sight, touch, and hearing, with a dash of engulfing guilt thrown in for good measure.

As Michael and Susan take to each other in a romantic way, Susan reminisces about her father and then breaks down uncontrollably. Michael gets kind of freaked out, but tries to calm her down. Susan isn't the only person to just breakdown. The film intercuts many other people breaking down in the middle of the street, work, the gym, hospitals, etc., It's the first of many more sensory loss conditions that will affect people all over the world. The story focuses on Susan and Michael as they try to deal with the issues at hand while getting closer together, but being driven apart at the same time.

It's funny that on the surface, Perfect Sense wears a sort of pessimistic view of things, with regards of what's going on and how people will try to cope, all the while having an extremely optimistic attitude towards everything that is happening. The film had me in its clutches all the way through and I actually cared about the two main leads, but as the film carried on; I realized that everyone, for the most part, would be screwed. I guess that's the science fiction "apocalypse" moment that they mention in the promotional materials. It also doesn't help it much that the film runs about 84 minutes WITHOUT credits. I could have gone for an extra 30-minutes or so, just to flesh things out a bit.

I'll say that Perfect Sense is the least terrifying of the epidemic films to hit in the last few years, with the most recent (that I can think of) being Contagion and Blindness. Those flicks dealt with a hardcore subject matter, but remained bleak and in some cases a tad nihilistic while Perfect Sense had hope seen through the eyes (forgive the sensory pun there) of Michael and Susan even though there's a worldwide epidemic going on. We want them to prevail, if for only a bit longer. The film doesn't explore what else is going on, with the exception of shots of people succumbing to their illnesses and a philosophical voice over narration that's most appropriate.

David Mackenzie, whom I've never heard of, directs Perfect Sense and his style, is assured. Some of the compositions are very impressive - check out the opening scenes for some lovely perspective shots. Perfect Sense will not be for everyone, but considering that the cover art (Eva and Ewan embracing) sells it as a pure love story does it disservice. I'd hope people read the writing that says it's got apocalyptic and science fiction overtones. For the hardcore geeks like myself, that was the main selling point and I am glad I gave it a chance.

I'm going to give the film a "recommended" but there's a "rent it" component in there, too, since I know a lot of people will be cautious about it. 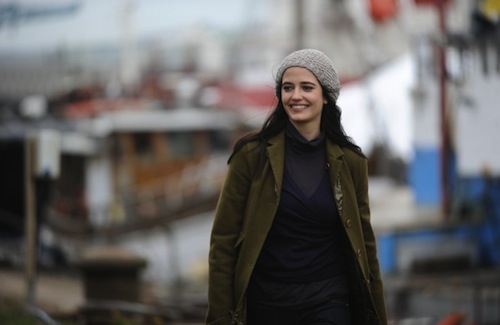 Perfect Sense is presented in 1080p, 2.35:1 widescreen. IFC Blu-rays have strong video presentations right off the bat, and Perfect Sense is no different. Grain levels are strong and remain intact through the entire film. Colors are bold and beautiful, contrast boosts here and there, but it's due to the aesthetics of the film and not some anomaly of the transfer. Banding is absent as is aliasing and edge enhancement. Flesh tones looked exquisite especially on Eva Green. I suspect that Perfect Sense was shot in digital, but it looks terrific and very 35 mm like. 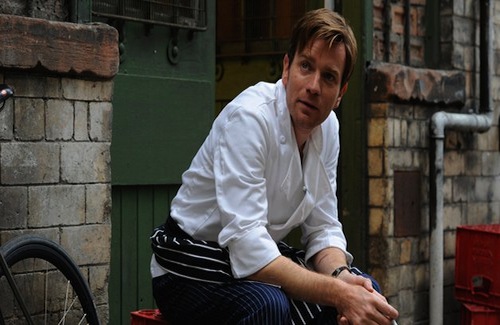 Perfect Sense is presented in DTS-HD MA 5.1 lossless surround sound. Seriously, IFC may be known for putting out world films and whatnot, but when it comes to the tech specs of their Blu-rays, they don't skimp on the bitrate of these lossless tracks. Dialogue is the star of the show and it remains at the front end while directional sounds are flushed to the rest of the speakers where they do their job without question. The LFE also gets a bit of the workout. Ironically, some of the best sound work are during scenes that have no sounds, with the exception of a few music cues, etc. 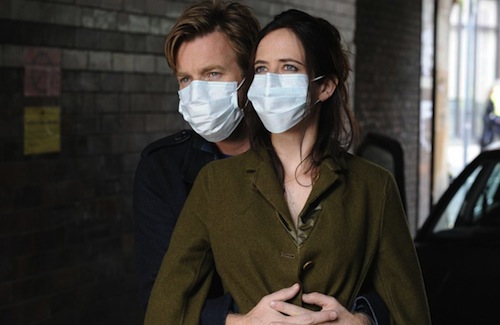 Perfect Sense is loaded up with TWO special features unworthy of note. The first is a two-minute fluff featurette of cast and crew talking about the project and blah, blah, blah. I really hate fluff pieces. The second special feature is a theatrical trailer. Fin. 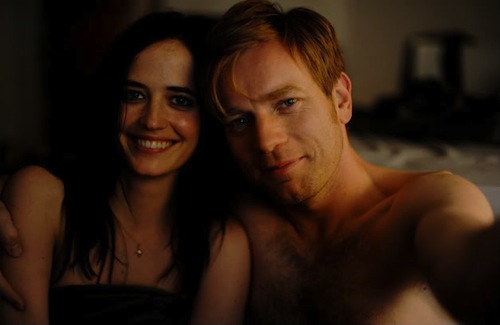 Perfect Sense takes a unique concept and injects it with some optimism. It's a dark story, but the way it's told doesn't seem as dark as what the subject matter is all about. Yes, I know that if we all literally lost our senses, we'd be shitting bricks. It's probably due to the fact that Perfect Sense follows just TWO people and not the rest of the world. It's very self-contained, which works in the context of this story. It's really a bummer that no quality extras were included in this Blu-ray. I guess the movie alone will have to do.