Woman Knight of Mirror Lake, The

The Woman Knight of Mirror Lake is FUNimation's latest offering in Asian cinema, and it's a breath of fresh air. It's a breath of fresh air in the sense that we are now treated to a film about a Chinese female revolutionary. The Woman Knight of Mirror Lake should have had the tagline of "based on a true story" added to it, because the scenes depicted in the film actually happened, for the most part, but since this review is for entertainment purposes; take it with a grain of salt, too.

Qiu Jin (Huang Yi) is a Chinese revolutionary who from an early age new that she was meant for something on a bigger scale. As a child she never bowed down to the typical oppressed role of a woman by having her fight bound and being literally crippled by misshaping the feet. It really wouldn't have mattered, because she came from a wealthy family, so they kind of let that slide. Being wealthy does have its advantages and this means that Qiu Jin had a great education and was married off to prosperous family.

Of course, she was always an adventurous one, so she takes to traveling, writing poetry, martial arts training, and anything else that woman were not expected to partake of. Remember that this is still 19th century China, so women's roles were of servants, child bearers and everything that men were not. Indentured servitude is what I was looking for. As Qiu Jin lives and sees what is going on around her, she takes to forming a magazine that promotes women's rights and liberation. It's strictly forbidden to go against the current dynasty, so she keeps it hidden and masquerades as an army trainer all the while secretly training her followers and admirers for the eventual uprising.

Qiu Jin was a real person, so you don't really need me to tell you what her eventual fate was. That's not what I'm here for. What I will fill you on is on how cool The Woman Knight of Mirror Lake is on Blu-ray. Huang Yi gives an exhilarating performance as the woman in charge. Not only is she beautiful and smart, she can kick some serious ass!

I really enjoyed what Yi brought to her portrayal of Qui Jin in that she wasn't this hard ass of a person. She had a family of her own, but felt a sense of duty to her country after she had an epiphany one day while she was being driven in a cart on a dirt road. After that, things were never the same and she felt obligated to rise up for women everywhere, damn whatever happens to her and sacrificing everything she ever loved for the greater good of her country.

The action was awesome and the wire work was also top notch. It's been too long since I've seen a film with traditional wire work. Crouching Tiger, Hidden Dragon comes to mind, but with much less melodrama. The Woman Knight of the Mirror Lake has enough substance story-wise that the fighting and whatnot is just icing on the cake. Come for the story, stay for the action. 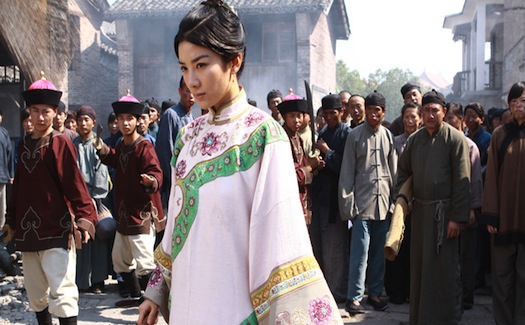 The Woman Knight of Mirror Lake is presented in 1080p, 2.35:1 widescreen. FUNimation has come through with flying colors on this Blu-ray release. Flesh tones are exquisite; contrast levels never boost, and black remain deep and inky. Color separation is pristine and edge enhancement is not present. I'd give it a reference rating, but softness does creep in there on more than one occasion, so a near reference rating is what The Woman of Mirror Lake will get. It's one of the best FUNimation Blu-rays released thus far and that's a good thing. Keep it up! 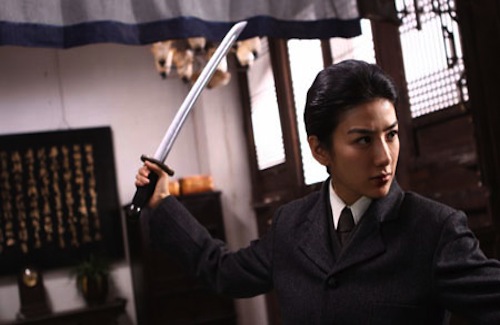 The Woman Knight of Mirror Lake is presented in Mandarin Dolby TrueHD 5.1 lossless surround sound. There's an English dubbed version, but as a purist, I stuck with the original language version. The dubbed version is also presented in Dolby TrueHD 5.1. And like its video specification counterpart, The Woman Knight of Mirror Lake doesn't disappoint in the audio department. Dialogue is crystal clear down the quietest whisper. You will never have trouble listening to what is being said in any condition whether on the battlefield or inside a quiet home. Gunfire and explosions rock the sound stage and are incredibly realistic as are the martial arts hand-to-hand combat scenes. 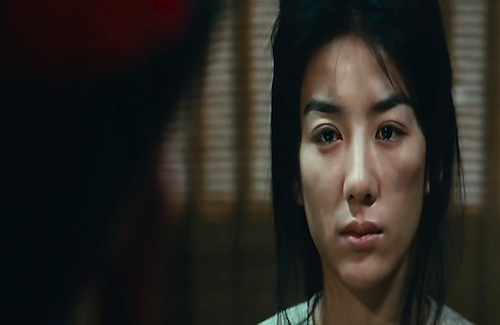 The Woman Knight of Mirror Lake has only one extra, which is a making-of featurette and trailers for miscellaneous FUNimation Studio releases. For something as important as this, a lot more extras could have been included. 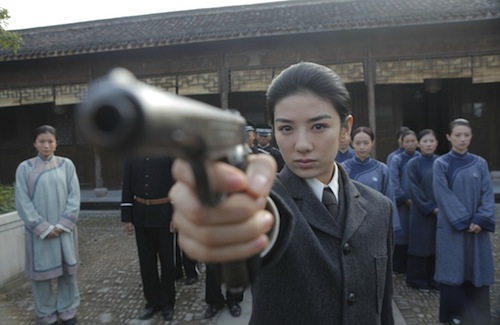 The Woman Knight of Mirror Lake is an important piece of filmmaking that should be viewed by all even those that are not general fans of Asian cinema. The film has equal parts captivating story, with equal parts action and badass martial arts, with great wirework thrown in for good measure. The supplements, or lack thereof, are weak, but the film transcends the lack of special features. It's really that good.