In attempting to distinguish itself from other made-for-television documentaries about World War II, most famously The World at War (1973), still by far the best on this subject for its peerless meshing of vital information, invaluable interviews, and unanticipated poetry, Burns and Novick have adopted a different approach. Here, the war is experienced through the residents of four "quintessentially American" towns: Luverne, Minnesota; Mobile, Alabama; Sacramento, California; and Waterbury, Connecticut.

It's a promising idea that unfortunately doesn't work too well in the end, and it's further compromised by fatuous concessions to political correctness awkwardly inserted long after the horse has left the barn.

The War looks great on Blu-ray, however, despite what amounts to corporate commercials preceding each supposedly commercial-free episode. Both image and sound are first rate, and it comes with the usual special features associated with Ken Burns (and sometimes Lynn Novick) related DVDs and Blu-rays. 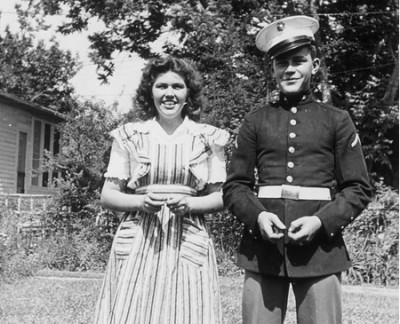 The seven episodes cover requisite bases in chronological order: "A Necessary War" introduces the four towns and the months leading up to and following the Japanese attack on Pearl Harbor, including the early, disastrous days in the Pacific. "When Things Get Tough" follows its characters through the Africa campaigns and into Italy, while Japanese-Americans are rounded up and shipped off to concentration camps. "A Deadly Calling," "Pride of Our Nation," FUBAR," and "The Ghost Front" touch on home-front war production, wartime propaganda, D-Day and the liberation of Paris, Operation Market Garden (the basis for A Bridge Too Far), the Battles of Leyte Gulf, the Bulge, and Iwo Jima. "A World Without War" ends things in Europe and the Pacific, and follows its characters as they try to readjust to a postwar if Cold War America.

The four-town approach doesn't work. If Burns/Novick had limited themselves to one family from each of the four towns, or maybe four families all from the same town, they might have pulled it off, but there's just far too many people going off to too many places around the world for the audience to follow. I was constantly asking myself, "Wait - which town is this person from again?" "Which town am I looking at?" "Which soldier is this woman married to again?"

Although Burns/Novick do a fine job introducing the communities in the first episode, the four nonetheless tend to run together, with the same neighborhood movie theaters down the street, soda shops around the corner, and bandstands in the park as the others, all with that Disneyland Main Street, U.S.A. air about them. While deliberately conceived to show the war from an American perspective only, exploring the impact of the war from one American town and, say, representative towns in England, Germany, and Japan would have been a lot easier to follow.

Further muddying the waters is the unwise decision to integrate this focus - achieved mainly through on-camera interviews, archival photographs, and letters - with a kind of thumbnail history of the war, illustrated through yet more photographs and sometimes familiar newsreel and combat footage. The filmmakers apparently felt the need to provide some background to viewers unaware of even basic American/world history, but they're clearly not as interested in this footage and the material plays like a blah college freshman history course.

But even worse was PBS's buckling to pressure from Hispanic journalists and veterans group bemoaning the fact that Latinos' contributions to the war effort had not been highlighted. Burns/Novick initially refused to alter their film, reasonably arguing, ""It doesn't focus on any particular group. The exception is Japanese-Americans because of their internment. It doesn't include women in uniform or Filipinos. It doesn't focus on what it means to be an Italian-American. Every episode starts out explaining that (the war) was too big to do every story. It's about the experience of war." PBS, however, caved and new (or perhaps filmed but deleted) footage was added.

For instance, the delicately structured "A Necessary War" appears to end when, out of nowhere everything shifts abruptly to a long segment about Hispanics heretofore unmentioned. In other words, the additions are jarring, intrusive, and not necessary. And what about deep-sea fishing rights?*

Complaints aside, Ken Burns's tried-and-true signature style occasionally pries out unique and riveting material not seen before, as intelligently and probingly as his best shows. Partly it also rides the wave of nostalgia-free revisionism toward a more sobering, realistic look back that seems to have begun with Steven Spielberg's innovative if otherwise deeply-flawed Saving Private Ryan (1998) and continuing with shows like Band of Brothers (2001).

The War is up to contemporary HD-broadcast standards. Everything looks good, especially the black and white archival photos, which exhibit the kind of detail a HD transfer on a big monitor really brings out. Even the combat/newsreel footage looks better than one usually experiences it. The 5.1 Dolby Digital audio, supported by optional SDH English subtitles, is likewise fine. The discs are region A encoded.

Supplements, all in standard-def, include a 36-minute making-of documentary, 44 minutes of deleted scenes, and another hour of unused interview footage. Burns and Novick discuss the project on two audio commentary tracks, on episodes one and four.

Even a lesser Ken Burns (and Lynn Novick) documentary is better than most of what's available on television these days, and The War is certainly worthwhile, especially for younger generations to whom World War II is as remote now as the First World War was to me when I was young. It's very flawed and compromised, but for its many attributes still Highly Recommended.

* For those not getting the joke, this is a reference to the musical play 1776, in which the Second Continental Congress goes to extreme lengths changing the Declaration of Independence in a futile attempt to please everyone and offend no one.