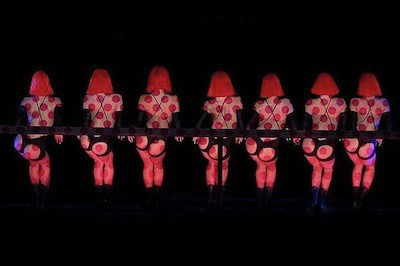 Crazy Horse is the name of a famous French cabaret established in 1951. It boasts floorshows with nude dancers that are elaborate and, by some descriptions, tasteful and chic. The emphasis is on eroticism, not lewdness. The original owner, Alain Bernardin, committed suicide in the mid-90s, leaving a void in the operation. The 2011 documentary Crazy Horse documents a revival at the club, when choreographer Philippe Decouflé attempted to restage the Crazy Horse's original, influential program. There is also what are presumably new numbers, unless Britney Spears and Antony and the Johnsons are both older than we thought.

You see, I'm not entirely sure on the facts. Most of the above is information I gleaned from Wikipedia. The line that begins with "the 2011 documentary" is what I learned from a brief sentence that appears on screen when watching the trailer for Frederick Wiseman's film. The director--who is known for other documentaries about art and performance, including 2009's La danse - Le ballet de l'Opera de Paris--withholds any such explanation from the actual movie. There is no voiceover narration, no title cards, no contextualization whatsoever. We are 20 full minutes into the documentary before anyone even speaks. If you were to stumble on Crazy Horse late at night on cable, you'd be hard pressed to figure out exactly what it is you're watching. Is it a movie about nude dancers, or a movie about French people arguing?

Of course, it's both. The film runs for more than two hours, and approximately 60 minutes is given to each subject. The dancing is taken both from actual performances and from rehearsals; the arguments are from the backstage, backroom planning sessions. Decouflé fights for more time and money to get his show off the ground, and his support staff tussles with him trying to get a more clear vision of what is expected of them. Somehow, someway, Decouflé will get his dancers on stage, he will create an amazing show, and the Crazy Horse legend will live on. 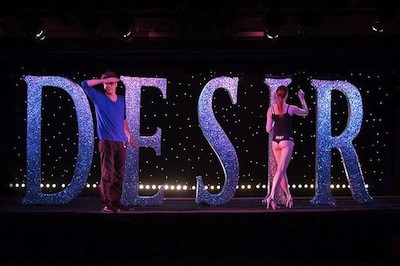 Again, I'm grasping at straws here. Sure, it's not exactly hard to puzzle out once you have some kind of outside foundation, but it seems antithetical to the idea of a documentary that understanding Crazy Horse requires prior research. Wiseman has an interesting film here somewhere amongst all the excess fat. The creative process can be a fascinating, maddening show unto itself. Yet, we have to know who the artists are and, more importantly, why they are worth watching. We are as confused and confounded as Decouflé's helpers. A genius does not explain!

Crazy Horse requires that the viewer be patient, to indulge the filmmaker and his muse as one might have to indulge one's black-sheep cousin and his new girlfriend at a family holiday. That's them in the corner there making out. Everyone kind of wants to look, and they want us to look, but no one wants to admit it. It's a waiting game. How long can they keep it up, and when will it all go wrong?

It's an "inside baseball" scenario, and how much you are interested in seeing how it all plays out will depend on your personal passion for the game. It was middle of the road for me. I like seeing artists wrestle with their ideas and push them into being; at the same time, I also want a little more understanding of the nuts and bolts and I also wouldn't mind actually liking the artist at least a little bit. And if he or she can't be likable, then at least be someone that is engaging to watch. Mad genius should be sexy.

Which, for all the above complaints and caveats, is really Wiseman's fatal flaw: Crazy Horse is not a sexy movie. For all the beautiful women dancing in various states of undress that we are witness to over the course of the documentary (butts! bewbs!), what makes it to the screen is not titillating in any way. Wiseman has peeled the curtain too far back, and as the old saying goes, seeing how the sausage is made kills our appetite for the savory treats that come out of it. 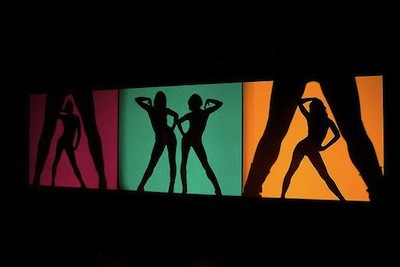