Suits: Season One is one show that got through my radar. Even when I saw the cover art for the DVD, I was like, "What is this?" I watched a promotional spot and thought, why not? It was one of the best choices I've ever made when reviewing a television show in recent memory!

Suits tell the story of Harvey Spector (Gabriel Macht), a highly successful attorney who hires Mike Ross (Patrick J. Adams) as his associate. The problem is that Mike has no credentials. What he does have is the mutant ability (I kid about the mutant part) to remember and absorb information at a moment's notice. Actually, not only in a moment's notice, but he retains even the most trivial and archaic information from years past. Think of Mike like the Bradley Cooper character Limitless, but without the fantasy aspect of that flick.

Harvey and Mike are bound by this secret, because if their bosses and the firm ever found out, heads would roll. Literally. As I mentioned before, Suits was a breath of fresh air. For a minute, I actually wanted to work with Harvey and Mike. They seem to have the best job in the world and Harvey makes a ton of money and lives in a high-rise apartment in the big city. Yes, please!

Suits are an episodic run that usually features a self-contained story told in a self-contained episode. The show is nearly perfect, with the exception of a few things. During certain episodes where you think that the shit will hit the fan and clip everyone involved, some characters have the uncanny ability to come up with an epiphany that will get them out of trouble before they get caught or discovered. This isn't limited to just Harvey and Mike, but to certain other key characters featured. Normally, I would bash something like that, but since the show is just so damn cool and entertaining, I will let it slide. Not only that, but as the season grew to a close these surprising epiphanies were no longer used in the plot points. I'm sure the second season will run even smoother.

I also want to mention the women featured in Suits. These ladies working at the law firm are gorgeous as are some of the other women that come into play on the show. I love a woman who can fill out a pencil skirt. Anyways, Suits is a pretty killer show and should be checked out immediately. Thanks for reading. 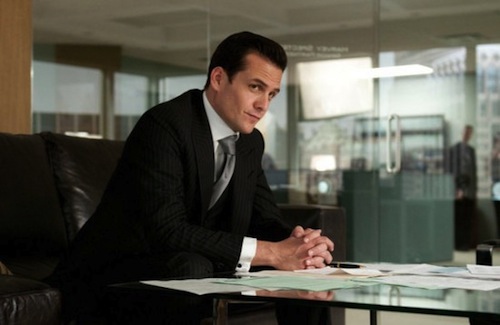 Suits: Season One is presented in 480p upscaled to 1080p on my system. This is a sharp looking DVD. It has to be in order to present this world of law and lawlessness. Flesh tones are accurate and edge enhancement is a given due to it being of lower resolution. Banding was never an issue, and contrast levels appeared to be normal. I never detected any intrusive instances of DNR, with exception to the pomade used in Harvey Spector's hair. Ha. 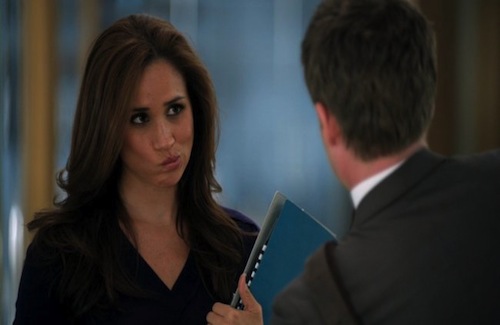 Suits: Season One is presented in Dolby Digital 5.1. The soundtrack rocks the house. Yes, it's a DVD, but it still bumps. Dialogue is clean, crisp, and I had zilch problems in deciphering what was being said in the office or in the courtroom. Various music cues are used to throughout the series from music at the club to scene transitions and all of these musical choices were spot on. My surround system got a kick out of it, as did my subwoofer. 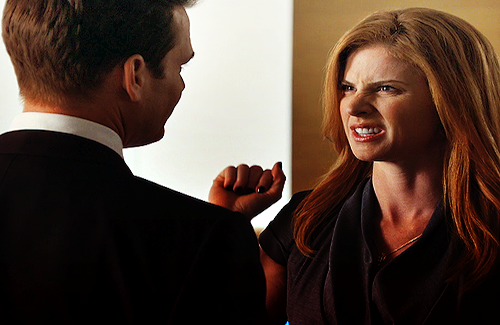 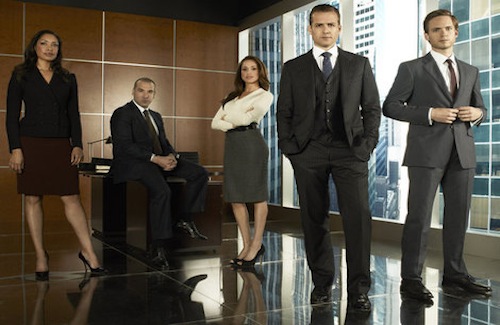 Final Thoughts: Suits: Season One is the bomb ass show! I went in there somewhat hesitant, and left wanting more. The second season is assured and an additional four episodes will be added to that run making the season two a 16-episode run. I can't wait until that set makes it to DVD.