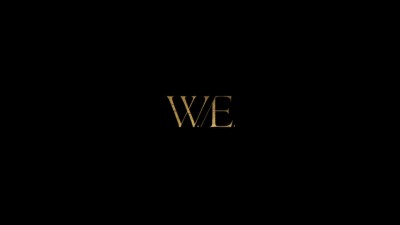 Ever wonder about one of the most discussed romances of the 20th century? I certainly hadn't, but the subject seemed quite interesting: The story backdrop of W.E. is about the love affair between King Edward VIII (James D'Arcy) and Wallis Simpson (Andrea Riseborough), an American who charmed him and began a lifelong romance that would be discussed by any person with a passing level of interest. It was considered one of those romantic events of the century.

The story of W.E.  is told through a somewhat timely perspective in Wally Winthrop (Abbie Cornish), a New Yorker who becomes entirely engrossed within considering the story of the affair. The modern-day setting of W.E. takes place in 1998. Wally learns of correspondence letters written between King Edward VIII and Wallis Simpson and decides to pretend to be writing a book about their romance from the perspective of Wallis Simpson. This ends up providing her unparalleled access to the true story behind the romance.

In her New York life, Wally has a controlling husband who is uncaring about her needs; he is also constantly finding new excuses to be distant from her and appears to be having an affair. Wally is left with feelings of fantasy adoration for the romance between the spotlighted King Edward VIII and Wallis Simpson but wants to know what the reality of their romance was in reading their letters.

The story mostly follows Wally's perspective and a romance is brewed between her and a romantic named Evgeni, who is working in the museum of Wallis Simpson. He also helps prepare auctions of personal items that belonged to Wallis Simpson. This romance is one gigantic aspect of the film the trailers hardly highlight. I would say the story and direction emphasizes equal focus on the story of King Edward VIII and Wallis Simpson as it places emphasis on Wally Winthrop and Evgeni. 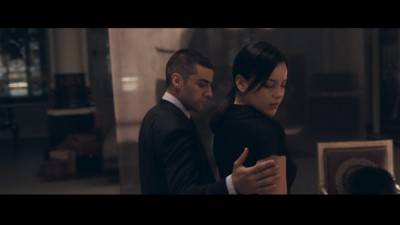 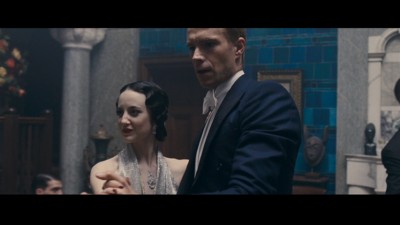 W.E. is a motion-picture helmed from the queen of pop music, Madonna, who directed the film and co-wrote it with Alek Keshishian (director of the documentary Madonna: Truth or Dare). I wasn't sure what to expect from it going in. All I knew to expect was something a tad different, because that is something Madonna has become exceedingly good at. Crafting original things: whether it be in song form or otherwise. She's even written some children's books, after all. Madonna is no stranger to experimenting with her style and abilities as an artist. This was certainly no exception, and it gave her some beautiful opportunities to express herself.

Of some significance, in my own estimation, is the significant chemistry on-screen between the actors Abbie Cornish and Oscar Isaac. The duo was involved in Snyder's Sucker Punch and the results were all-so-different. It's not so unusual to see actors work together on multiple projects, but what is unusual is to see such impressive range in characterizations that works as well as the results demonstrate here.

The number one thing that seems to make W.E. work as marvelously as it does as a motion picture is the directing and acting, above anything else. Madonna truly steps into directing flawlessly. That's not to say this film is pitch-perfect, but it comes awfully close. She is a significantly better filmmaker than I anticipated given her range of acting performances. Likewise, Madonna has pulled some significant performances out of her cast. They are believably grounded in the on-screen romances and you grow to care for the characters.

W.E. might not have been a huge forerunner in this year's awards ceremonies but it's a film showcasing a lot of promise for its director, and I would think the film would please anyone looking for a compelling story well-told. W.E. is a sad, emotive story, and a well-told one in certain need of a wider audience reception. It was one of the more compelling films made in 2011. 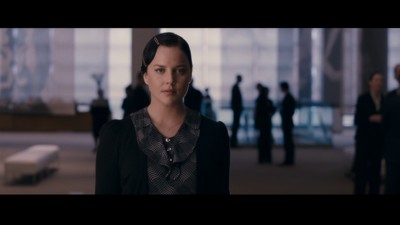 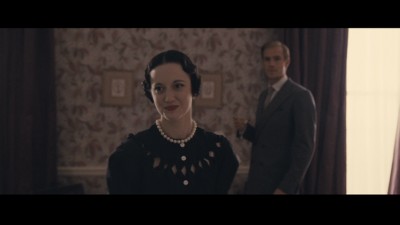 W.E. arrives on Blu-ray from Achor Bay Entertainment with the original theatrical 2.35:1 aspect ratio in a 1080p MPEG4-AVC encoded transfer. This High Definition presentation is one that is sure to please. The subdued blues and grays of the transfer are well retained, and the sleek look works for this dramatic film and benefits it deeply. The cinematography by Hagen Bogdanski tends to have a modern sensibility to it and looks clean, crisp, and frequently stunning in its unique way. Sometimes, however, the film decides to portray certain scenes in a flashback manner of stylization by utilizing some aged-film techniques effectively. Either way, the generally splendid high definition image is always faithful to the source material.

The only audio track included on this release is in English and it has received a surprisingly robust DTS-HD Master Audio presentation which beautifully represents the music score by composer Abel Korzeniowski. The track is sometimes silent when the film needs it, but it manages to have more of a kick than anticipated. The lossless audio manages to make the landscape feel more convincing and it improves the presentation of the film's music score.

Spanish subtitles and English SDH subtitles (for the deaf and hard of hearing) are also included.

There is only one bonus supplement included on this release. Luckily, it is a good one.

The Making of W./E. Featuring Madonna (SD, 22:36) is a behind-the-scenes piece that takes us into the production of W.E., spotlighting interviews with a wide-array of the production's cast and crew members, including (if the tile couldn't make it any clearer) Madonna herself.

I enjoyed hearing some detailed insights about the filming of the surprisingly ambitious and bold film. Perhaps my favorite moment in the piece was when Madonna described her direction as utilizing the dance of the cameras. She describes how camerawork in filmmaking has a dance quality to it that reflected her own background in dance and her own understanding of how movement is used in film. This, in my estimation, was a brilliant comparison and one that I hadn't ever considered before. The rest of the supplement is also decently informative and effectively covers a variety of degrees to the film, from the casting, cinematography, and costumes. It's worth a watch for anyone who appreciated the film. 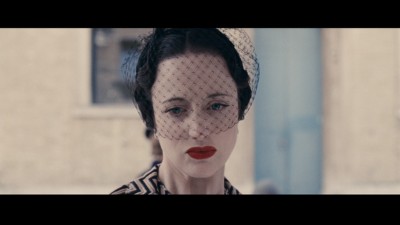 As it turns out, Madonna is a great director. I hope she has more directorial projects coming up soon and that she can make a career out of directing.  I wouldn't mind seeing several more movies helmed by her in the future.

Even though I would classify myself as a fan of her music career, I was never that interested in her acting (with a few roles being exceptions to the general vibe). In any case, Madonna did a great job with this film. It's better than MDNA and one of the more fascinating films from the past year. I appreciated the film for its unique style. You may get the sense that this is actually something that couldn't have arrived cinematically from anyone else. I certainly did. W./E. is unique, artistically told, and uncompromising in its vision. That sounds like it's the work of Madonna to me.

If you enjoy period-romantic-drama with a modern element this is definitely one not to miss.