Craft in America Collection, The 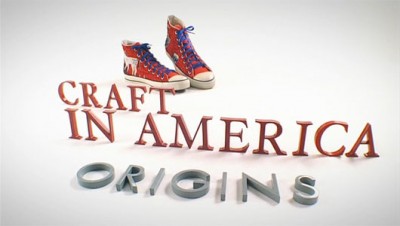 For most of us, the thought of "craft" conjures up something along the lines of the lumpy little clay vases or landscapes made of dry macaroni we did in the second grade. While many see crafting as a childhood diversion to be set aside for other activities as we grow up, others pursue it for their entire lives. The PBS series Craft In America is dedicated to those kinds of people, dedicated artisans who put a contemporary spin on classic American crafts such as glass blowing, silversmithing, pottery and a whole lot more.

Each Craft In America episode looks into the contemporary scene as practiced by four to six individuals, communities or schools. The artisans profiled are given ample time to explain their work process and what inspires them, supplemented by loving close-ups of their workspaces and handiwork. The art speaks for itself in this nicely gimmick-free series, which doesn't rely on cheeky hosts, quick-cut editing or dumbed-down scripts. Although the episodes are grouped around broad subjects like Process and Messages, the concepts are so vaguely defined that any number of subjects would fit into several episodes.

Strictly speaking, craft is defined as making objects that have some intrinsic usefulness - dinnerware, blankets, farming utensils, home hardware and the like. As explained (too briefly) in the Memory episode, the American craft scene developed from something that people did out of necessity into a statement within itself against modernism and industrial society. The modern crafting movement traces its roots to the late 1800s, with artist-philosophers like William Morris extolling the virtues of handmade beauty and being in touch with one's own environment. It's no surprise that many of the people profiled in Craft In America came of age in the '60s, since much of the work shown has a similar "back to my roots" sensibility that emerged from the hippie movement - and dovetails into the crafting culture that thrives to this day.

That said, much of the work included in this series is so gorgeously worked over and time-intensive, it makes the efforts of an average suburban scrapbooker look lame. The first segment, which visits the woodworking studio of the late California-based furniture maker Sam Maloof, is a good example. The sinuous yet distinctly modern lines in the chairs and rockers produced by his studio are a result of meticulous cutting, sanding and finishing. The end results are thoughtfully made, functional objects whose beauty have elevated them to the status of unique art. A lot of this stuff straddles the craft/art divide. The art of Montana-based potter Richard Notkin, for example, uses concept of elaborate traditional Asian teapots as a springboard to explore images of war and destruction (he also makes these oddly beautiful ceramic ears that have the texture of centuries-old river rock). 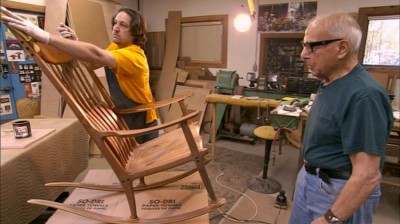 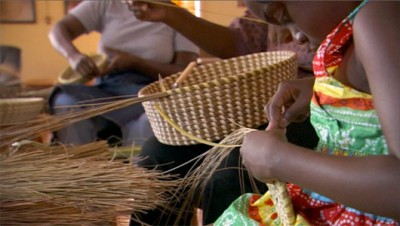 Environment and cultural heritage plays a big part in these artists' work, as well. The show spends as much time exploring where the artists live, whether it's the Arizona desert or the flatlands of Montana, as it does exploring their work. Some of the more instructive pieces look into Native- and African-American crafters who use craft to comment on their own cultural heritage. Teri Greeves, a Native New Mexican, uses traditional glass beads and deer leather to make insanely detailed pieces that make wry observations about modern indian life, whether it's the medium she beads on (high-top sneakers) or the subject matter (Boba Fett!). A similar tact is used by another bead artist, Baltimore-based Joyce J. Scott, as she explores the humorous side of African-American conventions through vividly colored tableaux (a tank-top wearing gold-digger embracing her African doctor boyfriend, for example).

The series also spends a few satisfying moments visiting with crafting schools and communities, such as Mississippi Cultural Crossroads, a quilting group brimming with Southern vigor. Segments like the one focusing on an intensive school devoted to stringed instrument making (Boston's North Bennet Street School) illustrate the fact that high quality crafting is learned and passed down through the generations, a concept as American as apple pie. There's also a fascinating detour on the Timberline Lodge, an entirely hand-crafted hotel complex that was one of the largest undertakings of the WPA (Works Process Administration) in the 1930s. Although it doesn't fit in as well with the other segments, it was absorbing all the same.

These seven leisurely hours serve as a good way to get acquainted with artists whose work normally flies under the radar of the mainstream media. The artists are generally of the Baby Boom and older generation, which might be considered a hindrance but it's actually quite inspiring. The average Etsy.com seller (full disclosure: I am one) would learn a lot from these folks, who generally have an inner tranquility that comes from following their passions - no matter how unconventional.

The Craft In America Collection's seven hour-long episodes are spread onto three DVDs, housed in a single-width keep case. PBS is also offering the Messages and Family episodes as single discs - which is something of a puzzlement, considering that sites like Amazon have the Collection available for only a few dollars' difference. 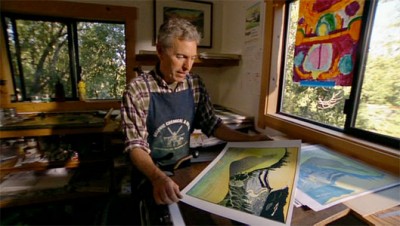 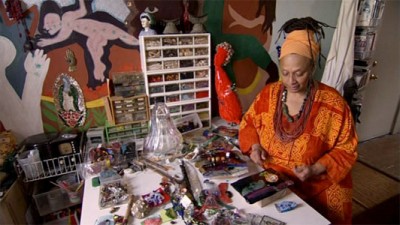 The digitally shot Craft In America is presented here in a nice 16x9 anamorphic image that allows one to see the minute details in the art. The photography, although good, is somewhat wishy-washy and lacking in deeper tones.

The discs sport a basic stereo soundtrack with good balance between dialogue and music. Descriptive audio and English subtitles are available for just one of the episodes, Messages.

The only bonus content consists of links to the pbs.org store and the official Craft In America website. The artist bios at the latter site would have been a simple and helpful extra to include here (are you listening, PBS?).

The artists and schools profiled in The Craft In America Collection prove that America's cultural heritage lives on, often mutated through a lens of contemporary politics and pop culture. These vaguely-themed episodes are pretty straightforward and likely won't win over any new converts (my spouse bailed after two episodes). For artisans and crafters, however, there is plenty of inspiration to be found among its three discs. Recommended.