Here's a film that's been in the can for quite a while now and will probably get tossed in the trash can once more people see it. Cat Run has the beautiful Paz Vega on the cover in a sexy get-up holding an automatic machine weapon of some kind looking hot and dangerous. Well hot, mostly. Vega plays Catalina Rona, a single mother by day and a high cost prostitute-escort by night. When she is invited to attend an orgy over in Eastern Europe, she becomes the unwitting pawn in a terrorist cover-up that may have U.S. implications. She also gets marked for death due to witnessing a murder of one her co-workers at the hands of a grimy U.S. Senator getting his rocks off.

Yeah, what looks to be a promising intro to potential good film comes to a screeching halt once we are introduced to our main protagonists. Wait, you thought Paz Vega, due to her being prominently displayed on the cover art and most of the promotional materials would be the lead? No, they just needed someone with a recognizable face to market the film to investors. Our main protagonists are Julian (Alphonso McAuley) and Anthony (Scott Mechiwicz) who are best buds. Who? Julian is an all around loser and moocher and Julian is a gourmet chef who can't get it right in the states, so he moves to Montenegro to start a fine dining establishment. Okay?

These two knuckleheads bump into Catalina and she changes their lives forever as from that point on they become linked to each other by circumstance. She steals Julian's bucket of a car. They're on the radar now and a manhunt for her return ensues. It also seems that Catalina is carrying a portable hard drive detailing everything the bad guys don't want the world to know.

And now comes the only saving factor in this sorry excuse of a film: Janet McTeer playing the posh, sophisticated, master of torture, and well spoken assassin known as Helen Bingham. Wow. If they only made assassins this stacked in films, I'd never leave the theater! Bingham looks like Helen Mirren would look in RED if she were 6'1 and had really big attributes. McTeer is an amazon! Not only that, but she's super cool, so don't take offense in me stating the obvious. Cat Run is garbage, but McTeer is the only reason I'm going to recommend a rental.

The main problem with the film is that it really doesn't know what it's trying to be. It starts off with some bloody action then shifts focus to these two bumbling idiots before introducing Bingham and her boss, Carver, played by Karl Roden. We're also introduced to a triple amputee private detective played by D.L Hughley. The hell? After Julian and Anthony meet up with him they wonder why they can't be P.I.'s too. They decide to go after Catalina, as well. All they want is the potential reward.

With all of that being said Cat Run does offer great scenery (the locations and the females, stars, and otherwise), but some of the acting is questionable, mainly by our two leads. It's also a bit too try-hard especially by Alphonso McAuley. Chris Tucker or Chris Rock he is not. Vega is way underused, but McTeer shines in every scene that she is in. The action is also pretty cool and violent, but there's just way too many characters that are introduced only to get dispatched ten seconds later. I'd say that Cat Run is worth the rental only for McTeer and to see her in a brutal one-on-one fight with an opponent towards the end of the film. She's so badass. 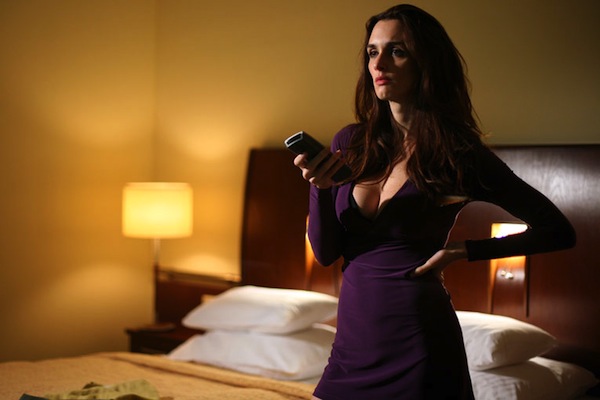 Cat Run is presented in 1080p, 2.35:1 widescreen. Here's an image that could have been pristine, but due to possible budget constraints and/or aesthetics suffers from contrast boosting and slight color banding. Colors due look bold and are colorful, but banding creeps up here and there. Black levels remain steady and rarely crush. Sharpness is also kept in check, as are softness levels. The only apparent softness dicrepancies are located during some of the more apparent scenes of cgi enhanced explosions, etc. 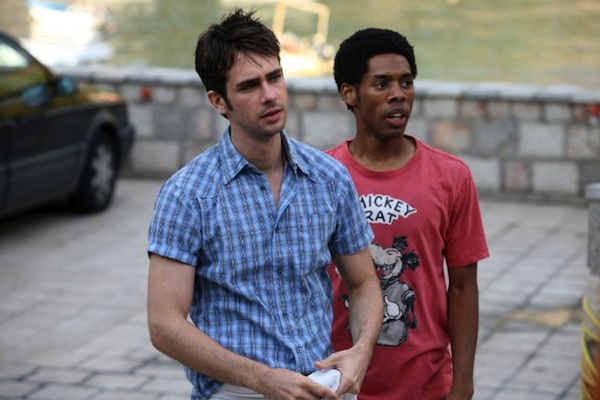 Cat Run is presented in DTS-HD MA 5.1. Okay, this audio track is more like it. Bullets whiz by your head a rapid pace as does the dialogue spoken, which is front centered throughout. The rear channels supply clarity and separation during the major action and chase sequences, but come to a halt during scenes of quiet time. It's a slightly above average lossless surround track for a below average film. 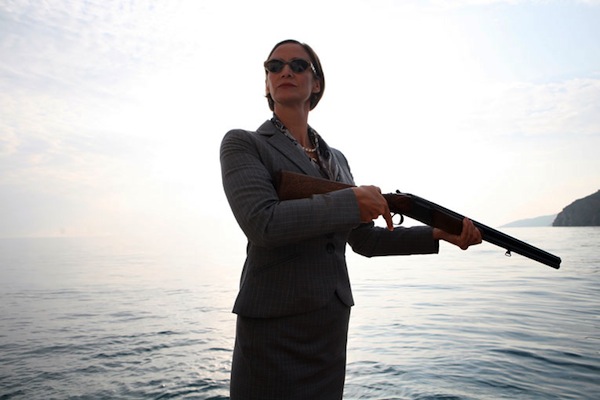 Cat Run has a couple of special features included, which consist of some deleted scenes, and a fluff behind-the-scenes featurette. A director and producer commentary is included, but there's no way to get out of how misguided the final film is. 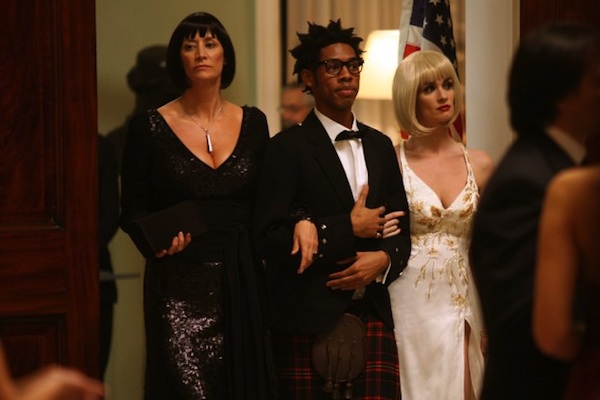 Its own ambition in trying to be a genre bending film bogs down Cat Run. I'd almost say that it's the poor man's version of Smokin' Aces, but this one tries to be even more bombastic when we just want the film to end or to just kill Alphonso McAuley's character. Black Scottish. Really? I know his last name is McAuley in real life, but the gag falls flat in the film. It's cringe worthy. All is not lost, though, as I did discover who Janet McTeer is and look forward to more of her work in the future.