You may have heard about a little film entitled Act of Valor, which used REAL Navy SEALs instead of actors playing Navy SEALs. The film tells the story of a team of SEALs as they are sent in to rescue a CIA operative after her cover is blown and is captured. This leads to the discovery of a much bigger plot to attack America and sets events in motion that have to be rectified sooner rather than later. Oh, I should have mentioned that the beginning of the starts off with what looks to be a random terrorist bombing in the Philippines before we get to our capture operative. It starts off random like that.

That's the basic plot of the film. Recover U.S. assets, kill the bad guys, and stop them from doing harm to the United States. No, it's not deep at all, but it was never EVER meant to be. It's not that type of film. The main selling point of this film is that real life Navy SEALs were used as the leads of the film playing themselves set up in this fictional world of the film. How would that work? I was just as curious about that as you were.

Act of Valor originally started out as a promotional video for the Navy before the directors of the film, Scott Waugh and Mouse McCoy asked the military if they could expand the short film into a feature film with the same guys used in the original clip. The government said yes and they made their resources available to the guys for their film, which would later be called Act of Valor. Hey, it's a great business plan, and I applaud the filmmakers for their resourcefulness. Personally, I think it's a bit too self-serving, because in the end you're going to get top-notch action, but with that comes horrible acting and awkward voice-overs. I never once cared about these guys and their lives outside of the war zone.

Let me clarify again, they're great soldiers, but horrible actors. The co-stars and supporting cast of characters did a much better job acting than the main guys, which will open them to scrutiny due to them not being actual actors. That sucks, because it's out of their control due to how the film ultimately came to be. If the filmmakers were going to go that route, they should just have had the SEALs act as stuntmen or doubles for the actors that would have eventually portrayed them. The final product would have been much more stable than it ended up being.

I was bored out of my mind during the voice-overs, their home life, and even their non-combat interactions with one another. That's the downside. When the action begins and the bullets start to fly, the shit gets real! Real as in REAL! During certain scenes of combat, real ammunition was used (in controlled environments), which give the film authenticity beyond belief. It's neat. The other amazing feat in Act of Valor is Shane Hurlbut's AMAZING cinematography. I have a feeling he will be nominated for an Oscar in that department. When the action hits the fan, we're in there with the soldiers in the shit. I could literally feel the silenced (and un-silenced) thumps of the kill shots. Outstanding is the word I'm looking for, with regards to the amazing action.

Yeah, some say that it plays like a video game and I'll agree to a certain extent. I wouldn't say it's the best film-video-game-film I've ever seen, but ranks pretty close. I also think that the film drives the whole "America, Fuck Yeah" mentality a bit too far. Again, I'd agree with that notion if it was better written and better acted, but since it's not; I'm not a fan of it relying on that alone. It's like I'm the nail and I'm getting hammered over the head with it. I get it. Stop. Leave me alone already. 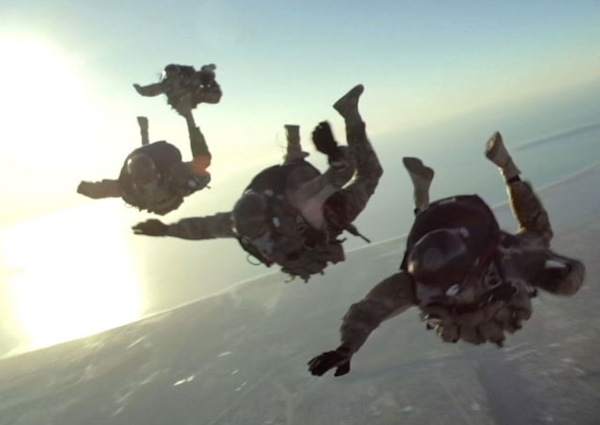 Act of Valor is presented in 1080p, 2.40:1 widescreen. The film was shot on the Canon EOS 5D Mark II and what can be said that has not already been said about this little device? Nothing. I had some company over and they marveled at how amazing the images looked. I had to hold back a bit, because I've seen films start off strong and then completely fall apart before the end. Act of Valor stayed true all the way through. The color palette is "ultra dimensional", for a lack of a better word. The images just leap off of the screen. Flesh tones looked life-like and natural. You can see pores and tiny beads of sweat and water running down the soldier's faces as they engage the enemy. Black levels are deep and inky and never crush. Edge enhancement is nowhere to be found and contrast levels remain stable. It's reference, pure and simple. 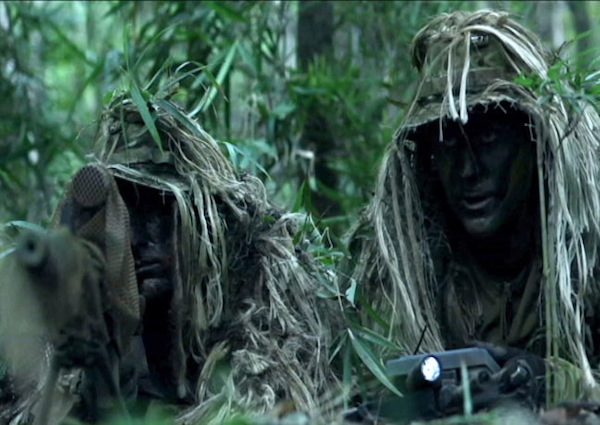 Act of Valor is presented in DTS-HD MA 5.1. I'm going to start repeating myself again and say that the audio presentation of AOV is stellar. Dialogue is crystal clear and shines through the center channel. Ambient sounds create depth, and when the fighting starts your heart will drop. It's like they pulled you through the television screen, gave you a weapon, and told you to fight on. Bullets, rockets, grenades all fly in every possible direction, which gives you that immersive quality without personally drafting you into the action. I was floored. 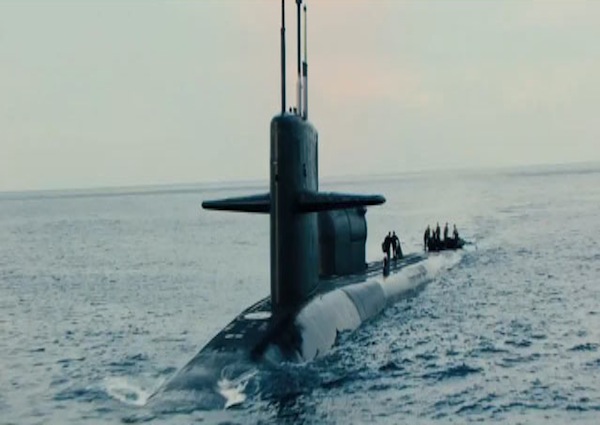 Act of Valor has quite a few special features worthy of note. Most are short and contain fluff. We get a self-congratulatory audio commentary by the directors, featurettes, making-of, deleted scenes, and a Keith Urban music video. Yikes. 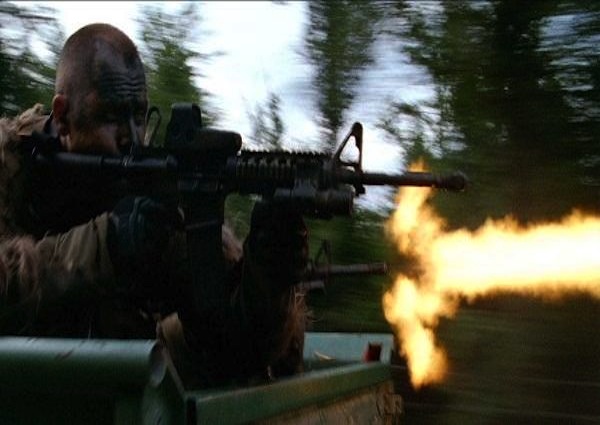 Act of Valor is an entertaining film when the SEALs are doing their thing, but gets pretty horrid when they are not. Other than those main quibbles I mentioned in the film review portion, it's definitely worth a rental and it will give your home theater a much-needed work out. It's DEMO quality.