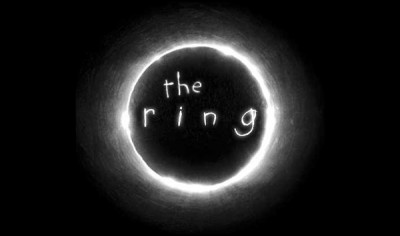 Have you heard the story of the haunted videotape? People say that it carries a curse with it. The idea might sound silly to some younger audiences today, but The Ring introduced a terrifying concept: after viewing a video with frightening and seemingly random images it led to a phone call with an ominous and foreboding voice on the other end of the line. An unsettling message would be delivered: that you had seven days to live. What did any of that mean? And what would you do with only one week left to figure out the mystery?

The Ring's opening sequence sets the tone as dark and disturbing from the get-go when a household with two teenage girls winds up having only one remaining. You find out about the eerie videotape right away and while it initially sounds like a practical joke the end of the evening suggests otherwise.

The film is effective in establishing the eerie mood quickly and this has a massive impact on how things flow from thereon out. Rachel Keller (Naomi Watts) is an investigative journalist. Rachel's niece is the teenage girl in the beginning of the film. Rachel decides that she has a story worth investigating when she finds out that other teens had died in a similarly bizarre way on the same evening. She overhears teenagers talking about the cursed video while at the passing for her niece and she decides to solve the mystery herself. This leads her to the cabin where the teenagers watched the video and she too sees it. A phone rings. She picks it up. Seven days. 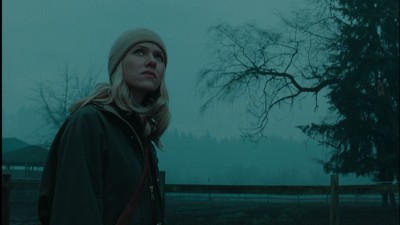 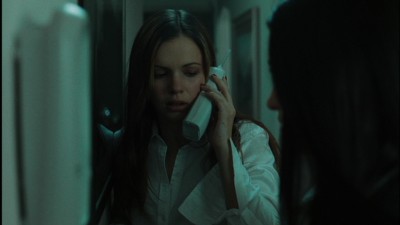 Rachel now wonders if the urban legend is true and she feels the pressure of a time limit to solve the mystery and resolve her potentially endangered fate. She decides to seek out the help of ex Noah (Martin Henderson). They shares a son named Aidan (David Dorfman) who is beginning to act strange following the death of the niece. Not before long, the stakes are raised to protecting the entire family and the mystery deepens as Rachel learns of a young girl who might just be the connection to everything that is happening. Her name's Samara and she appears to have a tragic past.

The Ring is one of the best made scary-movies to come out of Hollywood. The production excels in its design and scope. There is no shortage of amazing cinematography by Bojan Bazelli. Gore Verbinski turns in one of his most impressive efforts as director (though I'm fond of the underrated The Mexican and most people would probably argue Pirates of the Caribbean: Curse of the Black Pearl is his best film - and they are possibly correct in that assessment). The screenplay by Ehren Kruger and the original story upon which this film has been based in somewhat simple in reflection but those are often the best stories that can be told. The story benefits from being well crafted from conception (its screenwriter, Ehren Kurger, can tend to be hit and miss on projects but with The Ring he adapted the original story with a reasonable degree of faithfulness).

When I saw the film for the first time (in theaters) I was with one of my sisters and her phone rang during the movie at the exact moment from the opening sequence where it began to ring in the actual film. We both jumped out of our seats! The Ring's startlingly effective filmmaking wants to create goosebumps on viewers by relying upon a classic mystery storytelling method without ever succumbing to an abundance of sick gore or conventional horror film expectations. This helps it to stand out as a true classic of the genre. 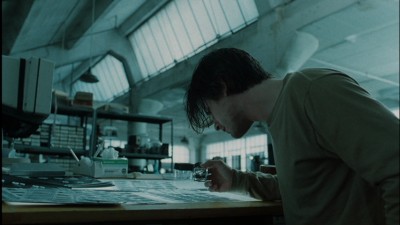 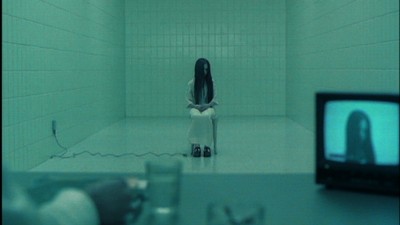 Please Note: This edition is currently available only as a Best Buy exclusive.

The images used in this review are from the previously released DVD edition.

The Ring has been a highly anticipated catalog title release for the Blu-ray format for years now and it is nice to see the film find its way to release at last. Fans won't be disappointed with the wait because this is without a doubt one of the absolute best top-tier catalog title releases the format has ever seen. The clarity is astonishing, the color reproduction was mind-bogglingly good, and the transfer seems to be free from any print problems at all. Viewers won't be able to tell a difference between the high-quality nature of this quality presentation and many currently-produced blockbuster releases. The bitrates are also unbelievably high and I noticed many moments where it hovered around 40-50 mbps consistently. Those types of bitrate numbers are incredible. This is one of the finest transfers I've ever seen for a catalog title.

You won't feel skipped out on by the audio. The DTS-HD Master Audio 5.1 surround sound mix may be a notch below the flawless video presentation but it's awfully close to being a total match. When it needs to kick in the LFE the surround usage does exactly that but it doesn't rely only upon crazy-cool surround effects. There are so many moments where it depends upon the atmospheric and haunting score by Hans Zimmer (one of my favorites from the generally more action-oriented composer). The soundscape is enveloping and it doesn't disappoint.

The first thing you will notice about this release is the insanely awesome slipcover included. The cover-art is holographic and includes two images of Samara on the bottom half of the artwork. It's one of the best slipcovers ever made. I don't think that is an exaggeration.

The original DVD release of The Ring was somewhat lackluster in the extras department. This release remedies that initial disappointment somewhat (even if one of the inclusions was an extra included on The Ring Two DVD release - which is also worthy of a Blu-ray presentation).

The majority of these bonus features are presented in High Definition (though a few are available only in 480p and look almost identical to poor-quality Standard Definition - an non-anamorphic piece even slips into the mix). 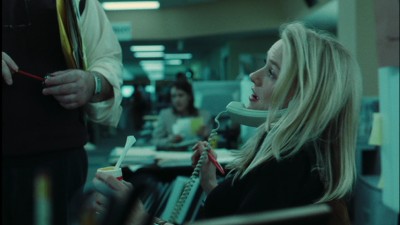 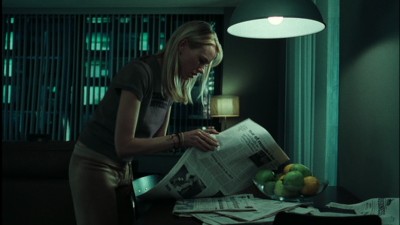 Rings (16:42, 1080p) is a short film promoted as connecting some of the dots between The Ring and The Ring Two.

In this short there are teenagers finding out details about how viewing the ring video gives them seven days to live while also experiencing weird and baffling happenings around them. These teens record their experiences, share them, and get someone else to view the video. It's a disturbing concept, even if it is something which remains largely unexplored in the brevity of the work. The ending is unnerving (to say the least) and while this short film doesn't feel essential to the Ring universe it is a curious and interesting bonus feature aimed squarely at serious fans of the franchise. It was a nice upgrade to include it in superior 1080p High Definition for this release.

Don't Watch This (15:26) showcases footage left on the cutting room floor of the film.

Cast and Filmmaker Interviews (7:58) is a pretty standard promotional piece but the comments from a few of the cast members and director are reasonably interesting.

The Origin of Terror (4:00) has the cast and crew talking about the relevance of urban legends and how the story of The Ring fits into that mode of storytelling.

Cursed Video is promoted as being included on this release but I couldn't find it on the menu. It should be a hidden easter-egg.

Theatrical Trailer (2:10, 1080p) is actually a surprisingly dated promotional trailer. I'd forgotten how silly some of the advertisements were for this movie. Having said that, revisiting movie trailers is a lot of fun and I'm glad a nice print of the trailer is on the release. 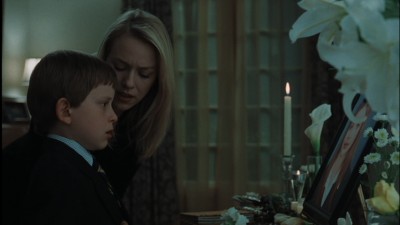 The Ring is still one of the scariest and most unnerving remakes. It isn't quite as effective when compared to the original, Ringu, but it does a more than merely effective job in bringing the material to an American audience. Naomi Watts had already been in tons of movies prior to making this one (including Mulholland Dr.) but I can't help but feel as though it helped her career to star in this film. At the time it seemed as though she started to be much more popular afterwards.  The Ring remains an ominous creation with more of an interest in telling a good story than relying on shock-factor alone. That's why this is still considered such a classic example of horror filmmaking today.

If you enjoyed in back in 2002 there's a good chance you'll still consider this effective now. And if you are new to experiencing The Ring... just make sure that you don't have a phone near you while you watch it. Enough said?