Frontline: The Man Who Knew 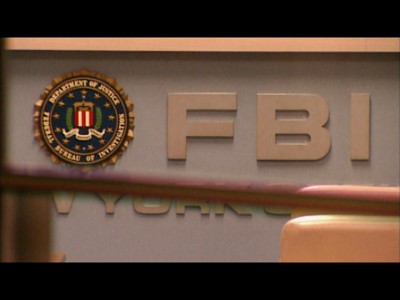 Like what I would guess is the majority of Americans, I had never heard of Osama bin Laden until after September 11, 2001. But according to The Man Who Knew -- one of a large handful of PBS Frontline episodes now being made available on DVD -- there was a tiny but very significant minority, a cadre of American counterterrorism and intelligence officials, who were well aware of bin Laden's long-running, deeply entrenched, and well-financed terrorist plots. What the program reveals is a nightmare scenario of two instances of indulgence in the dark side of human nature -- one the crime of murderous violence, the other misdemeanor of petty personality conflicts, ego, and territorialism -- that colluded to allow for the awful realization of bin Laden's scheming on that infamous, tragic day. 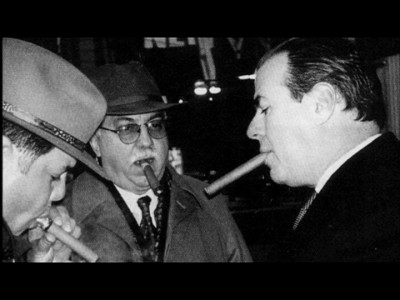 With voice-over narration (written by the episode's director/producer, longtime Frontline stalwart Michael Kirk and read by actor Will Lyman, who served the same duty in Todd Fields's Little Children) and multiple in-depth interviews with those who knew and worked with its subject, The Man Who Knew tells the story of one victim of the World Trade Center attacks who knew, with detailed, well-investigated and -interpreted facts behind him, that such an attack had long been in the making and was, in fact, the culmination of a series of deadly actions that he could prove bin Laden was behind. FBI agent John O'Neill had made his name in Chicago with a stellar history of fighting domestic crime when, in the '80s, he was transferred to the D.C. office to apply his skills to international terrorist threats. From there, he was moved to the New York bureau in 1992 and placed in charge of hundreds of agents working on defusing anti-U.S. terrorist activity. The posthumous picture of O'Neill that emerges through interviews with Valerie James (his long-time girlfriend after he had virtually abandoned his wife and family, being " married to the bureau"); his son, John O'Neill, Jr.; and a large group of former colleagues and bosses including White House Counterterrorism head/future Bush Administration whistleblower/target Richard A. Clarke, is that of a "maverick," someone obsessed with his work, both in terms of the integrity of excellent performance and when it came to the ambition of getting ahead. 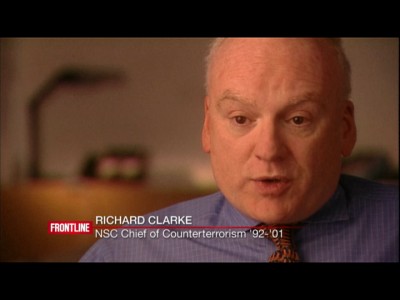 That meant that O'Neill was both valuable and a thorn in the side of the FBI bureaucracy, which didn't care for his aggressive "sharp elbows," relatively eyebrow-raising personal life, or flashy, dandyish, cigar-smoking style and persona. His abrasiveness aside, though, interviewee after interviewee tells us of O'Neill's feverish dedication to tracking bin Laden from the moment he was connected to the first WTC bombing, in 1993. As O'Neill followed the bin Laden trail through the "black hawk down" episode in Somalia, bombings of U.S. embassies in Kenya and Tanzania in 1998, and the 2000 suicide bombing of the U.S.S. Cole, his personal bravado, clashes with nemesis/rival Tom Pickard (who received the promotion that O'Neill thought was his), and, ultimately, his removal as the head of a big counterterrorism push in Yemen due to a U.S. ambassador's distaste for his unwillingness to toe the line and be a team player, led to an unpopularity so severe that the Bureau powers-that-be used the first excuse they could -- O'Neill's improper removal and sloppy loss of some confidential reports, bending regulations in order to take his work home with him -- to turn the heat up so high that he felt forced out. When O'Neill left the FBI, it lost its principal alarm-trigger vis-à-vis Osama bin Laden. The former agent took the civilian job that seemed most suitable to him: head of security at the World Trade Center, where, he was convinced with very good reason, bin Laden and his followers would be back to "finish the job" they started in '93. Valerie James and his son were the last to hear from him on the morning of September 11, when he called from work to reassure them, from amid the panic and death, that he was still alive; his body was later found in the rubble of the two towers. 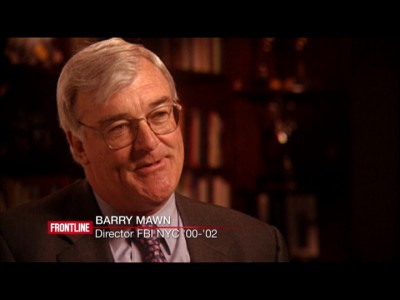 The somewhat hyperbolic narration Kirk has written, and the rather portentous way in which it's ready by Lyman, are odd but fairly excusable in context; The Man Who Knew aired October 3, 2002, meaning that its preparation took place in too-close-for-subtlety chronological proximity to the attacks that traumatized and saddened the nation. If it seems slightly tacky for Kirk to present O'Neill's story to us in the extravagant manner of a renegade-cop/detective movie, that's mitigated to a large degree by the immediacy and highness of the stakes in the internecine-bickering bureaucratic game in which this particular, real-life renegade was shunted aside, with ultimately disastrous consequences. The stakes aren't any lower now, of course, and though The Man Who Knew makes no direct appeal as such, its sobering meaning will be clear to anyone paying attention: we cannot rely, as citizens, upon our government being on-the-ball and vigilant, disinterested in anything but our safety and well-being; they are, after all, flawed human beings. A bureaucracy more transparent might have made the elimination of "the man who knew" a matter of greater public interest; and a more engaged and attentive citizenry might then have had the opportunity to challenge behaviors and decisions that would turn out to be so detrimental to us all, especially the 3,000 people who lost their lives because the nation's bin Laden expert rubbed his more buttoned-down cohorts the wrong way. 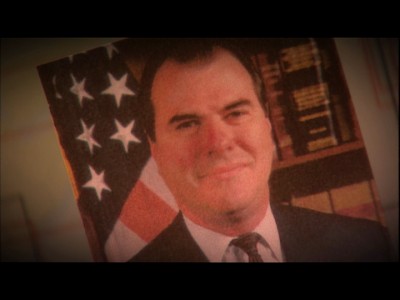 
The video, consisting mostly of newly-shot interviews and dramatized footage (re-creations of O'Neill's files, diagrams, etc.) with archival televised news footage interspersed, is at the level of quality one would expect from TV circa 2002; it has its flaws, but that's a natural part of it. The one thing that those responsible for the DVD could have done but didn't is present it anamorphically; instead, it's letterboxed for an image that's smaller than it needs to be on any widescreen setup.


The Dolby Digital 2.0 stereo soundtrack is perfectly clear and distortion-free -- entirely sufficient to the needs of the program and faithfully reflecting its relatively modest but well-achieved sound quality.


It's been a decade since the horror of September 11, and if you'd rather let that sleeping dog lie and not revisit the trauma, The Man Who Knew isn't for you. But as a reminder from the immediate aftermath, when everyone was still mourning and trying to figure out what went wrong (and before an incredulous public's attention was diverted from true terrorist mastermind and responsible party Osama bin Laden to the also repugnant but uninvolved Saddam Hussein), it serves the purpose of keeping us aware of scary but real things we may understandably not be inclined to dwell on. Writer/director/producer Michael Kirk gives us a troubling investigation into the facts -- what might have been done to head off bin Laden's murderous plans if the personality clashes between the man who knew what he was up to and the hierarchy of the FBI hadn't won the day. It's not at all comforting or reassuring to know that the reasons those charged with protecting us failed to do so in the case of 9/11 were short-sighted, personally motivated, and completely unnecessary. But it is useful and enlightening, and Kirk and the rest of those behind The Man Who Knew had their journalistic priorities straight when they decided that useful, disheartening, angering, truthful, and relevant information was more important than comfort and reassurance, and despite some of the moderately questionable (but, in context, perfectly forgivable) choices in style and execution, their reporting here is exemplary. Recommended.