Seeking Justice is Nicolas Cage's newest entry into the action/drama genre. The film co-stars January Jones (Mad Men) and my boy Guy Pearce (L.A. Confidential, Lockout). Will Gerard (Cage) is an English high school teacher and Laura is his wife and one fateful night Laura is raped and ends up being hospitalized for her injuries. While Will ponders what to do next, a mysterious stranger named Simon (Pearce) tells Will that he works for an organization that takes care people like the person who brutalized Laura. All Simon requires of Will is to agree to do a favor for Simon and his group and the perpetrator will be dealt swift justice. Will agrees.

Sometime later Will gets the fateful phone call from asking him to do a favor for the group. Will is given some information on the target, but as things heat up, Will discovers that he was lied to by the group and that the person targeted was an innocent civilian that was trying to uncover the group's dealings. This sets off a chain of events in which Will becomes the new target while Simon uses all of his resources to track him down.

The cat-and-mouse game begins and Simon will stop at nothing to catch Will. First off, Nicolas Cage is all here. He plays the film straight and never goes batshit insane like he normally does. He also seems upbeat. Guy Pearce is in the zone and makes for a pretty badass villain. January Jones, well, what can really say about her? She has the ability to suck away all of the charisma in the room whenever she is present. I've actually said that before, but it bears repeating again. She has this stare that's filled with contempt. It's as if she doesn't want to be there. The funny thing is that she has that same soulless stare in everything she is in. Jennifer Carpenter (Exorcism of Emily Rose, Dexter) is also in this film as Laura's best friend, but is completely wasted. It's as if she walked onto the set and was asked to stay to fill in for the original no-name actress that was originally cast. It was weird, because she probably had a total of 10 lines - if that.

Seeking Justice was a fluke. I was surfing the net and saw a film called Justice and noticed Nicolas Cage on the cover. It was the UK cover art for their Blu-ray, so I quickly youtubed the trailer and was pretty impressed by what I saw. I did more research and noticed that they changed the name for its U.S. release to Seeking Justice. While I did even more research on the film I saw that it had already opened stateside...like in 5 theaters and that the closest theater to me was roughly 40 miles away. Yeah, I wasn't gonna drive that far for a film. Thank goodness for the Blu-ray format.

For all intents and purposes, this was an obvious "paycheck" film for the actors, but an entertaining one at that. Roger Donaldson (Species, The Bank Job) handles the action and performances with ease and is most adept in staging some really cool action scenes. The camerawork is top notch. Since no one really saw it in its limited release, seeing it on Blu-ray would be the next best thing. The film will be released June 19th. 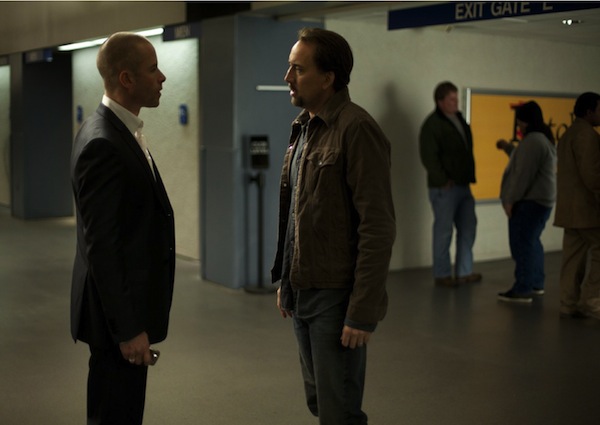 Seeking Justice is presented in 1080p, 2.35:1. Grain levels are appropriate and stay consistent all the way through, but softness creeps in here and there as do bits of contrast boosting. Granted, the film was shot under mostly overcast skies, the boosting is present. Flesh tones do look natural and stay natural for the duration of the show; black levels remain deep and never crush. Colors are bold and vivid during indoor scenes and especially those scenes where low light is used. Edge enhancement was also not a problem. 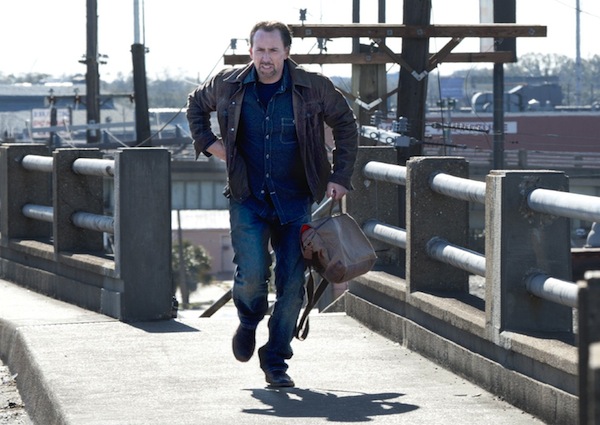 Seeking Justice is presented in Dolby TrueHD 5.1. Here's where justice is served - the lossless soundtrack is tremendous. The film is equal parts chase film, with accidents and shootouts all over the place. The True HD soundtrack captures all of that flawlessly. Dialogue is crisp, clean, and clear, with the surround channels handling the ambient sounds and the LFE coming in to lay it down. I'm really pleased with Anchor Bay and how they take care of business when it comes down to video and audio. They're extremely consistent. Me likes! 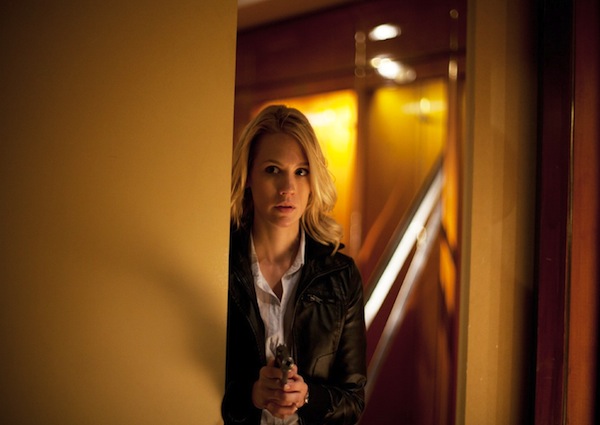 Seeking Justice contains one featurette, which didn't completely suck due to it showing you many stunt scenes that were actually done without CGI. Yes, the big set pieces you see in the trailer were all shot on location with real elements. Unfortunately, it only runs 7-minutes long. There's a theatrical trailer, as well. 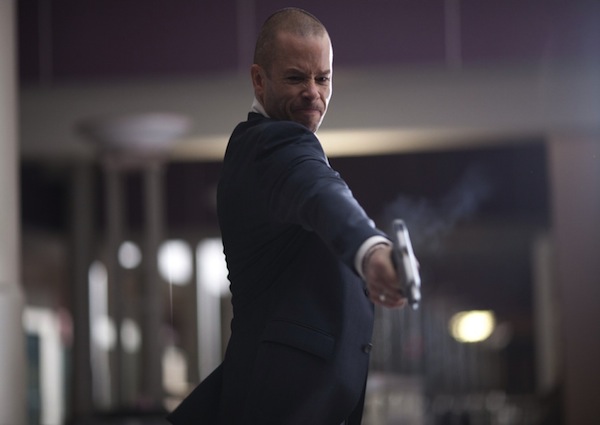 Seeking Justice could have used a bit more fleshing out with regards to the mysterious organization that is formed by average law-abiding citizens to combat the unlawfulness. It's set-up brilliantly, but the film is just over an hour and half, so depth is lost, which is unfortunate. The lack of special features also doesn't do the Blu-ray any favors. Strong technical specifications and a fun-thrill-ride atmosphere keep it above water. For fans of the cast I recommend it, for non-fans, give it a rental.