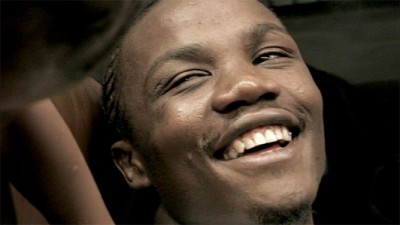 In his 2008 documentary Kassim the Dream, filmmaker Kief Davidson trails boxing champ Kassim Ouma, interweaving vignettes from his current life with the man's clear-eyed recollections of being a child soldier in Uganda. It's a well-mounted, earnest project that hooks you in with the sports angle, then provides some unexpectedly intense, emotional moments as Ouma travels back to Africa and revisits his home town and the source of some of his most searing memories.

When Kassim the Dream opens, Ouma is portrayed in the prime of his career coming off a triumphant bout with boxer Verno Phillips (a match which happened back in 2004 - it takes a bit of an adjustment to realize this was filmed five to eight years ago). While Ouma is essentially a happy-go-lucky, charismatic young man flush with success, his demeanor changes drastically when recalling the things he went through to get where he is. Born in war-torn Uganda, kidnapped by the rebel army when he was six years old, Ouma was indoctrinated into performing shockingly callous acts of violence at an age when most kids should be learning long division and goofing off. Instead of letting it destroy him psychologically, however, Ouma had the remarkable presence of mind to channel his rage into boxing. After joining the Ugandan boxing team, he defected to the U.S. in 1998. Once they learned of his betrayal, the Ugandan rebel soldiers retaliated by murdering his father. Scraping by in a Virginia crack motel, he honed his quick-fisted technique towards a Junior Middleweight championship - an awesome achievement for most athletes, an extraordinary triumph for Kassim.

For most of its run, Kassim the Dream takes on the effect of a simple, candid slice-of-life documentary. We spend a lot of time with Ouma in the here and now, joyfully palling around with his eccentric manager Tom Moran (who is first seen painting inflammatory, anti-George W. Bush art), talking trash, sneaking a toke every now and then, bonding with his earthy mother and two young sons. There's also a good chunk of time devoted to Ouma prepping for a big fight against boxer Jermain Taylor, a bout which he ultimately loses (another sign that this isn't a typical sports doc). Ouma's recollections of his childhood are absorbing - illustrated with beautifully photographed shots of civilians and soldiers in present-day Uganda, where the infighting unfortunately continues - but the film's heavy emphasis on rambling, candid footage reveals that Ouma isn't an especially interesting person. Sure, he seems like a sweet, buoyant and remarkably level-headed guy, just not someone with a lot of depth. If the director eventually decides to revisit Ouma in fifteen or twenty years, it might make for a more meaty, satisfying doc. 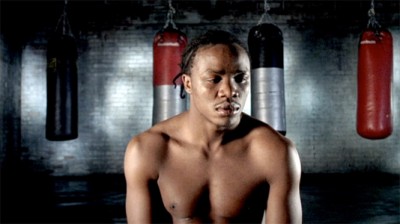 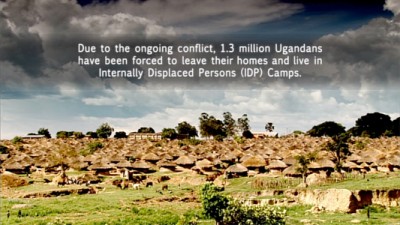 Kassim perks up considerably when Ouma takes the risky step of going back to Uganda, where is he greeted like a conquering hero. This segment is also the source of the film's most searing, emotionally charged moments as Ouma visits a ramshackle boxing school (seeing a bit of himself in the students), attends a recreation of a village military massacre, and has a heartbreaking reunion with his grandmother. It is here when Ouma is truly in his element.

Kassim the Dream is a decent boxing documentary with an ambition that one doesn't normally see in films of this ilk. Kassim Ouma's life journey makes for a great subject, but the film overall would have worked much better had it been tightened into a tidy, hour-long project. Director Kief Davidson also covered the topic of children forced into adult circumstances with his prior endeavor, The Devil's Miner (2005). Peeking into the harsh world of Chilean boys who are struggling to support their families in the depths of a silver mine, the film stands as a more cohesive project worth seeking out (it aired as an episode of PBS's Independent Lens in 2006). 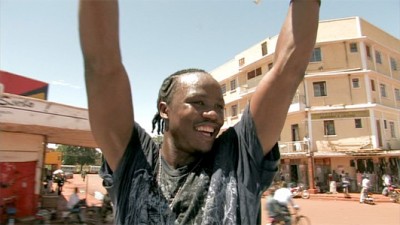 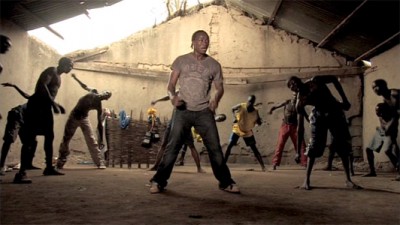 Kimstim's DVD edition of Kassim the Dream presents the documentary in good-looking 16:9 anamorphic widescreen, a format well-served by the film's above-average cinematography. The image is nice and lush, especially in the African-shot sequences. It also utilizes overly sharpened, harsh looking archival footage of boxing matches borrowed from HBO and other sources, but that counts as a tiny portion of the film.

The film's stereo soundtrack is a nicely mixed, not too showy affair which intermingles voices and music in an unobtrusive manner. Oussim's heavily accented speaking voice is helped along with English subtitles, which are burned into the film's image. No alternate soundtrack or subtitle options are provided on the disc.

The only bonus content is a simple Theatrical Trailer.

A boxing documentary with startling emotional resonance, Kassim the Dream does best when it focuses on subject Kassim Ouma's extraordinary early life and his emotional return to a ravaged, poverty-stricken Uganda where he was once a child soldier. A good-sized chunk of it deals less successfully with his current life as a champ pugilist, however, which makes this disc less of a keeper than the filmmakers likely intended. Rent It.