Breaking Glass Pictures in association with a bunch of other companies present The Fields. The tagline says "Based on True Events," so that must make it true, right? We'll see if it holds up to scrutiny.

Eight-year old Steven (Joshua Ormond) is sent to live with his grandparents for a bit while his mother and father settle up their differences. Tara Reid plays Steven's mother. Chuckle. That almost killed it for me, but due to her being in the film for a total of a few minutes I let it slide. Cloris Leachman is grandma and she comes down on Steven with a bit of wrath in her voice. "Do not go into the cornfields!" Laughter ensues, but not due to her line delivery, but due to her cursing like a sailor in general.

That's all that is asked of young Steven. Then again, Steven is only eight, so if you think Steven will heed that warning then you've got another thing coming. As Steven walks about in the cornfields he hears whispers and strange voices all around in addition to footsteps rustling about. This inevitably freaks Steven out and he goes back to his grandparents' house to recover. It also doesn't help matters much as grandma lets him watch old scary movies on TV. That's my kind of grandma!

I do like how the atmosphere is played upon in the film. There are many instances of a slow burn build up to horror, which I am a fan of. Leachman is hysterical as the somewhat "crazy" grandma. I do like how it also played on the fear of outsiders and actual current events of the time. We see scenes of "hippies" walking around town and the locals make some colorful commentary about the people passing through in addition to the Manson murders that happened in California. The Fields takes all of these things and manages to blend them together in a fun way. The film has a supernatural aspect to it, but ultimately is grounded in reality, which is always a bit scarier, in my opinion.

Young Joshua Ormond as Steven is a cool little actor and never came off as one of these kids that are only picked due to their wholesome appearance. Steven is our protagonist through the entire film and it never felt forced. I actually cared about the kid and hoped that he would make it out okay.

I will say that towards the end of the film, things try to get tied up, but does fall a slight bit short on it. You can even say that it's a bit forced, but since the film is technically solid, acting is above average, and the atmosphere is pretty realistic, it's a small price to pay for an above average horror-thriller. 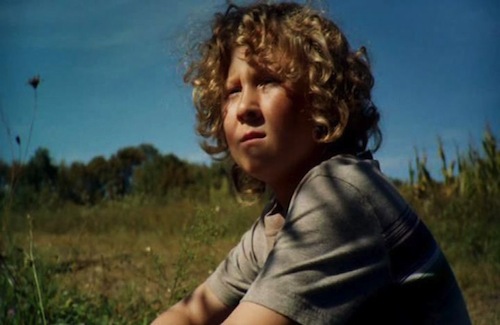 The Fields is presented in 1080p 16X9 - 1.78:1. The film takes place in 1973, so one can see how the filmmakers have taken the digital print and manipulated it somewhat in post-production. It's a very dark print with subtle sepia enhancements. Flesh tones look good, but DNR is somewhat apparent in close-ups, crush is very apparent during nighttime shots, but contrast levels are steady. During the few daytime scenes - the light that comes through to the fields give it that extra sense of dread. It's not a great video presentation by any means, but it does work to an extent. Dark, grimy, and gritty describe the video presentation perfectly and that's okay with me. 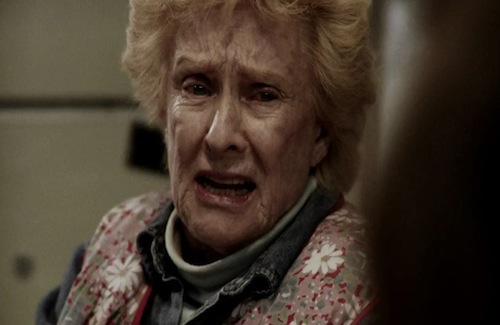 The Fields is presented in DTS-HD MA 5.1. Here's a little ditty of an audio presentation that was pretty hefty to say the least. Hefty as in it came crashing down on my head! Seriously, The Fields, for being such a quiet film (all things considered) this lossless tracks bumps! Dialogue is crystal clear, and the scenes out in the creepy cornfields are very realistic in that you can hear things crawling and running about. This translates well in terms of rear channel placement. The Fields sounds damn good on Blu-ray. 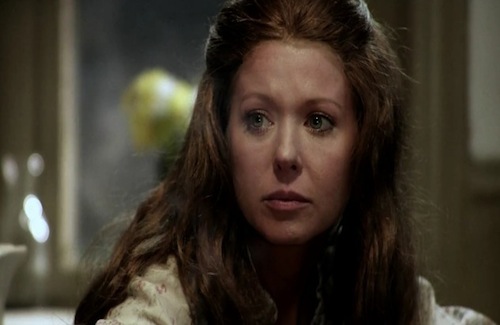 Extras: The Fields contains several featurettes, and some interviews that run a good couple of hours in their entirety. The stuff with Cloris Leachman is hysterical. 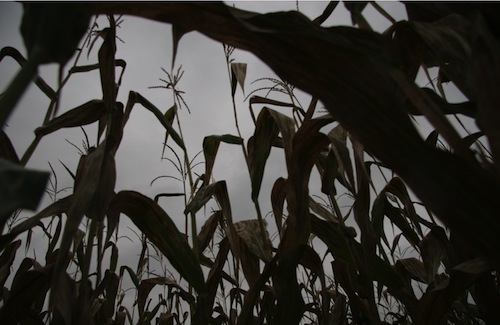 The Fields is a low budget endeavor that at first glance looks like rubbish, but once you give it time to breathe and explore its themes, will take hold of you just a bit. I was thoroughly surprised at how much I enjoyed the film. All I had watched on the film was a trailer on YouTube and here I was tackling the Blu-ray for review. I chose wisely.