Brake is Stephen Dorff's latest foray into DTV (direct-to-video) cinema. I only tease, but he's one of these actors that go back and forth with theatrical features and DTV flicks. Hey, a paycheck is a paycheck and I respect that.

Dorff plays Secret Service agent Jeremy Reins and Mr. Reins is having a really bad day. He just woke up in a giant plastic box in the trunk of an automobile not knowing how he got there. He has a CB radio and next to him is a giant digital timer that counts down. Something bad happens when the counter reaches zero.

It turns out that terrorists have kidnapped him and they want the location of the Presidential emergency bunker in Washington D.C. Reins will not yield, but by not giving them what they want they'll continue to torture him physically and mentally. Whenever the giant digital timer strikes zero - there will be more pain and punishment to deal with.

Okay, as most of you who have already seen the trailer for Brake you'll see that it looks just like that little 'ol movie Ryan Reynolds was in a couple of years ago called Buried. Yes and no. The only thematic elements and few props they share is that they're in a box. Where Reynolds was actually buried in a hole somewhere Dorff is trapped inside of a moving vehicle. Not only that, but the script for Brake, and from what I could tell from watching the special features, was that Brake was in the studio system as early (or late) as 2006. I'm sure Brake and Buried crossed paths, and Buried won that race.

Brake on its own merits and without comparing it to Buried works fine as a taught little thriller. It won't win awards for acting or best film, but it succeeds at being entertaining and with some respects even better than Buried. I loved Buried, though, so me liking Brake, as well, says something. It was cool to see some familiar faces in the film and it was cool to see Stephen Dorff in a role where he would try to take it up a notch. He usually plays bad guys, but it was neat to see him play a Secret Service agent under duress.

Brake is throwaway entertainment, but it deserves a rental at least. Go forth and wreak havoc. 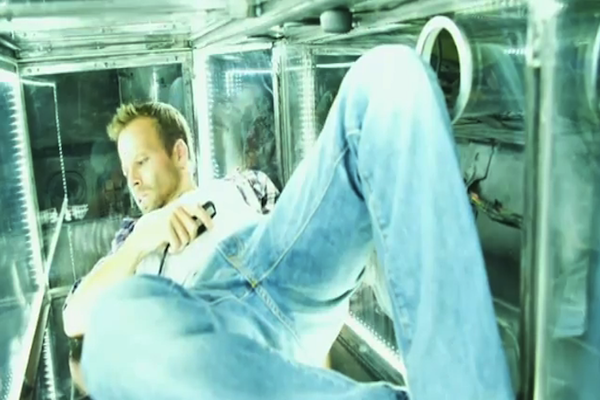 Brake is presented in 1.78:1 widescreen. This is one of those films that take place in the darkness for the majority of its running time, so rest assured that the transfer itself is pretty spot on, with only a few minor flaws. Black levels are deep and inky, crush is apparent in only a few scenes, and contrast levels never fluctuate. Colors are bold and do shine through when looking at the fancy gizmos attached to the box. Dorff's flesh tones also appear natural and never looked flushed even though he gets a couple of beat downs. The red levels in the blood never (pardon the pun) "bleed" through. It's a pretty decent film transfer. 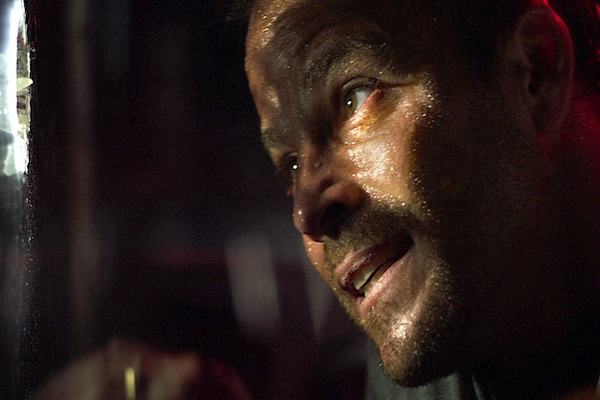 Brake is presented in DTS-HD MA 5.1. Here's a track that is extremely aggressive and rightfully so. If you're gonna have us next to Dorff in a giant box for 90-minutes then you better do a decent job with the sonics. No need to worry, the sound is above average and really comes through in such cramped quarters. The film is dialogue driven and it comes through loud and clear through the front channel while the rest of the sound field handle the ambient sounds in addition to all of the phone calls, beeps, electronics, lcds, and what not, with ease. I suggest that if you're claustrophobic, you leave a door open or watch it with the lights turned on, because it's a pretty intense sound track. 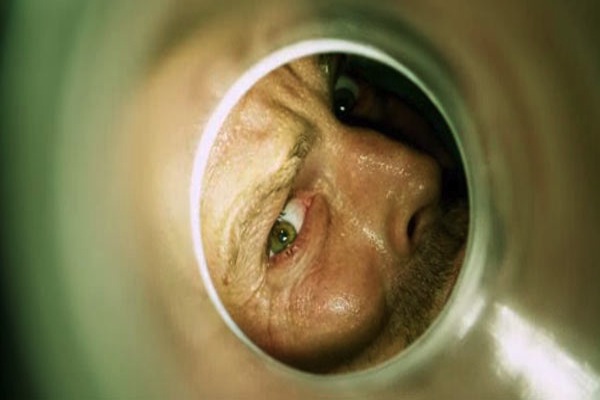 Brake has a few extras thrown in for good measure like a director's commentary, making-of, music video, and a trailer. The commentary is the most interesting of them all due to the project having been around for a while before finally getting made. 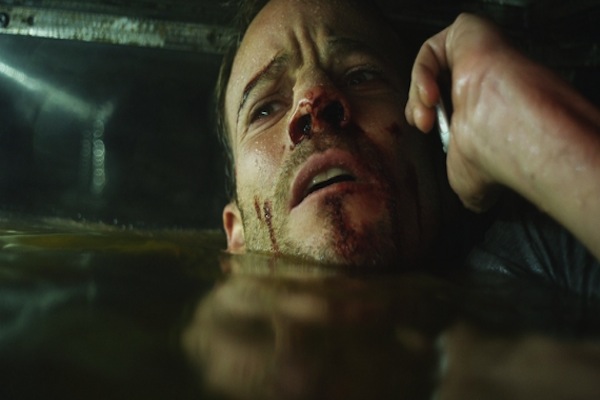 Brake had the misfortune of having Buried come out first, so this is extremely familiar territory, but in my opinion, has an almost better ending than Buried did. That's all I'll say with regards to that. The Blu-ray has a couple of special features worthy of note and decent technical specs. It's worth a rental, so give it a go!