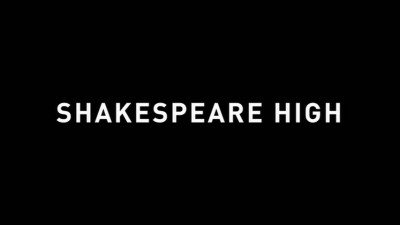 
The Movie
Being an East Coaster, I've always been a bit jealous of those living out in La-La Land. Having the capital of the entertainment world so close seems like an unfair advantage for those looking to get into the industry. So it's no surprise when this documentary points out that the annual Shakespeare Competition held by the Drama Teachers Association of Southern California (DTASC) counts many well-known actors among its alumni, including Kevin Spacey, Richard Dreyfus, Val Kilmer and Mare Winnngham (all of whom appear in the film, on which Spacey served as Executive Producer.) What's more interesting is the effect the competition has had on many kids from less illustrious backgrounds, which is the bread and butter of this movie.

Using a tried-and-true documentary structure, director Alex Rotaru gives an overview of the Competition, capturing the festival in its 90th year (2009-2010), spotlights a few of the more interesting amateur thespians, takes you inside the competition and wraps up with the winners and an update on their lives since the film was shot. When done right and with the right subjects, this is just what you need for a primo documentary, and Rotaru homered on both counts. Mixing interviews with a wide array of participants, including students, teachers and more, with lots of footage of the kids performing, gives perfect insight into this mostly under-the-radar competition, and the kids participating, hailing from big and small towns and publice, private and charter schools, give the film a diverse cast of characters and some rather compelling storylines to follow. 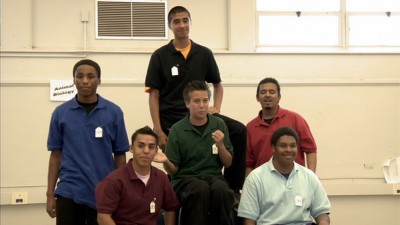 Though you couldn't find two less overlapping parts of the high-school Venn diagram than the theater geeks and the jocks, under all the flowery language this movie is not much different than most of the great amateur sports documentaries you've seen, particularly Hoop Dreams. These kids can see a way out of their current situations in a competition of skill and talent, however the odds are against them simply due to a game of numbers. There are only so many opportunities to make a career as an actor, and far more young kids dreaming of making a living on the stage or screen. Unlike those athletes, many of these kids are more realistic about the future, and really are taking advantage of the opportunities the competition offers them, especially the ones in rough family situations and communities, who can clearly define the benefits acting has brought them, often in heartbreaking terms.

Though the kids' stories are fascinating, especially those of two twins who manage to pursue their potential despite their family being torn apart by tragedy, the other similarity this film shares with sports film that plays to its advantage is the subjects' comfort with the camera. If you want good performances out of documentary subjects, you can't do much better than to focus on actors. The result is plenty of insightful, soundbite-worthy interviews, though you also get all the drama that's inherent in the theater, from the students (who can come off as a bit too earnest at times) and, increasingly as the film progresses, from the teachers, who start to get tense as the competition nears and plays out, with accusations of bias and unfairness. The teachers really could have been integrated more, as there's an obvious clash of philosophies in the festival that's not played up as much as it could be, with some sticking to the traditional Bard, while other schools embrace a modernized, more accessible adaptation of Shakespeare. All in all though, it's just about the perfect recipe for a documentary and the result is a good time from a good story. 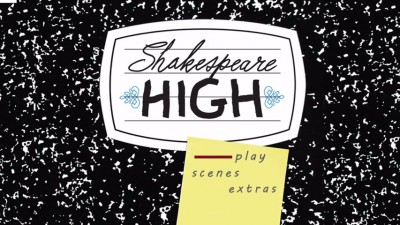 The DVD
This one-disc release arrives in a standard keepcase. The disc has a static anamorphic widescreen main menu, with options to play the film, select scenes and check out some trailers. There are no audio options, no subtitles and no closed captioning.

The Quality
The anamorphic widescreen transfer is clear and natural-looking, with appropriate color (if a tad yellow inside the schools) and quality skintones. The level of fine detail is rather high for DVD, and there are no notiable issues with compression artifacts.

The Dolby Digital 2.0 track offers the same presentation as most such documentary audio tracks, delivering clean, distortion-free dialogue supplemented by a solid score and soundtrack. The whole package is center balanced, without anything dynamic in the mix, but without anything to complain about either.

The Extras
Two schools the cameras followed didn't get into the finished film as core competitors, and there's an opportunity to hear some of their stories in the extras. There's 13:28 spent with the well-off kids of Calabassas High, two of which struggle with chronic disease, and another 20:02 focusing on Charter Oak, where the drama teacher battles cancer in the days before the competition.

One student was also cut, Caterina, from an all-girls school. whose multi-cultural household is explored in 4:55 of content, focused mainly on her home-life with her Italian-speaking father.

Also included on the disc are three complete festival performances, one from each of the first-place teams (schools compete in categories, one for each of three iconic works by Shakespeare.) Though you get to see a lot of the kids rehearsing and performing, it's nice to get to see these self-contained works, in order to get a clearer picture of their talent and just what the festival is like. Combined, they run almost 22 minutes, and show the variety of styles on display in the festival.

Wrapping things up are the film's thearical trailer and 10 additional trailers from Cinema Guild, including the Rachel Harris-led Natural Selection and the utterly intriguing The Day He Arrives. 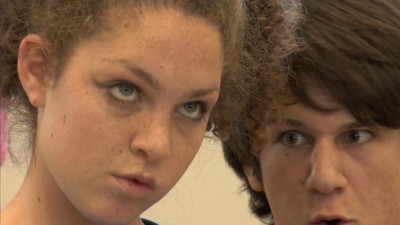 The Bottom Line
The events and subjects for this film couldn't have been better assembled for a movie if they were cast, helping coin a new paraphrase, "Truth is sometimes better than fiction." I'm not much of a sucker for tear-jerkers, but it's hard to not find yourself becoming emotionally involved with these kids, and the fact that they have genuine talent as performers makes it easy to get on their side.The DVD looks and sounds very nice, and offers a decent amount of bonus content that fills out the story a bit. Those who enjoy an underdog story and open-minded drama geeks will find a lot to like in Shakespeare High.