Let the Bullets Fly is the latest film in what I like to call "Asian Steampunk," but less so. The film takes place in the 1920's, but you wouldn't know due to their being lots of horses, people wearing traditional garb mixed in with everyone packing nice looking Luger pistols. There are gangsters and there are noblemen mixed in there for good measure, too.

As I mentioned, it's the 1920's (1919 actually) and we've got the unsavory Governor and his entourage crossing a mountain pass when, bandits ambush their train. Everyone is dead, with the exception of the counselor (Ge You) and the Governor's widow (Carina Lau). The leader of the bandit clan is named Pocky Zhang (Jiang Wen) and will now assume the identity of the Governor and the counselor will now be his counselor. I hope I got that right, because that subtle nuisance (or major plot point, take your pick) is the catalyst of what's to come.

A proposition is set in that Pocky and the new counselor make a deal in which they will take over Goose Town, where Pocky will make more money governing than he ever did robbing trains. What he doesn't realize is that Chow Yun-Fat, as Master Huang runs the show in Goose Town. Hijinks ensue literally and figuratively.

Let the Bullets Fly is an action adventure comedy hybrid of a film. It works for the most part, but then doesn't in a couple of instances, but that may be due to the more traditional aspects of the film that I didn't pick up on, because I'm not Chinese. I watched the English subtitled version of the film and it was easy enough to understand as a whole. I think where I started to lose it in was about halfway through the middle part of the film. Let the Bullets Fly is 132 minutes long. It's way too long for what it is. A nice chunk of that should have been excised from the final film. It's ironic, though, because I'm a big fan of super long films, but this one started to lose me in parts.

The parts of the film that I did enjoy were those instances of Chow Yun-Fat chewing up the scenery. People don't realize that Chow has got some serious comedic chops. He also plays a dual role. Jiang Wen was also pretty badass pulling triple duty on the film as star, co-writer, and director.

The action violence and drama held its own, but there were certain times in the film where a comedic element would be injected to soften things up a bit. Let the Bullets Fly does have intense and bloody violence, but also has some laughs to boot including slapstick. Some may think it's a tad odd to include slapstick in a violent film, but Let the Bullets Fly pulls it off.

Let the Bullets Fly will not be for everyone, which is why I'm giving the "rent it" recommendation. There are plenty of inside jokes - culture references that will mean nothing to those who are not in tune with the Chinese culture. Others will not like that the film is longer than the norm. The film will play to those that fancy action-adventure films the most. I do look forward to more collaboration between these actors in the future. Jiang Wen is a very competent director. 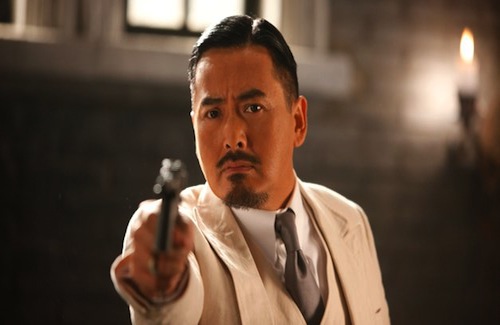 Let the Bullets Fly is presented in 1080p, 2.35:1 widescreen. Seeing the opening scenes in all of their dynamic glory one would not expect it to do downhill from there. And it really doesn't, but one also cannot avoid the various bits of inconsistencies that litter this Blu-ray video presentation. The good: flesh tones, black levels, and color levels. The bad: compression artifacts, bits and the occasional speckle, and bits of edge enhancement here and there. The film is long enough that all of the faults in the video will not be as apparent to a first time viewer as they were to someone who is actually looking for the stuff. It's a really good-looking Blu-ray, but it's in no way a perfect one. 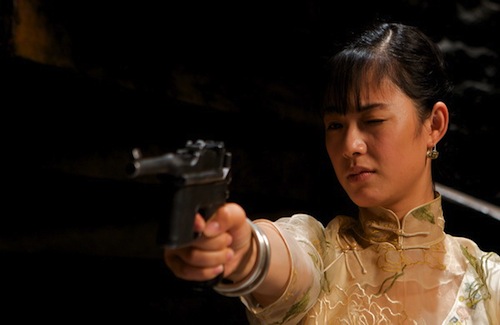 Let the Bullets Fly is presented in Mandarin DTS-HD MA 5.1 and in an English DTS-HD MA 5.1 dubbed version. Stick with the Mandarin, with the English subtitles. Well Go USA did a great job with the subtitles including subtitling the non-speaking portions of the film where code-sounds were used. You'll have to see it to believe it. Let the Bullets Fly is just ridiculous sounding in that it completely obliterates the sound field with a fantastic lossless presentation. Dialogue is clean and clear, bullets fly from all over the place and the speakers properly decipher that information by making it seem that you will be turned into swiss cheese by those incoming bullets. Explosions are extremely realistic and the LFE just rumbles. It's a phenomenal soundtrack. 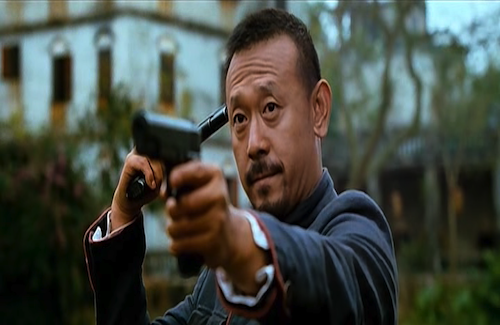 Let the Bullets Fly don't have no stinkin' extras, with the exception of ONE trailer. Unforgivable. 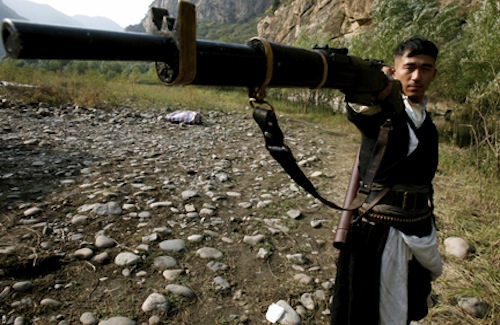 Let the Bullets Fly is a lot of fun, but waaaaay too long. It's violent, looks great, and all of the actors look to be having a ball. I guess that's why it succeeds where films that try the same things fail. I would do a double feature with this film and The Good The Bad The Weird. They're both on that same level, but I like the latter film much more.