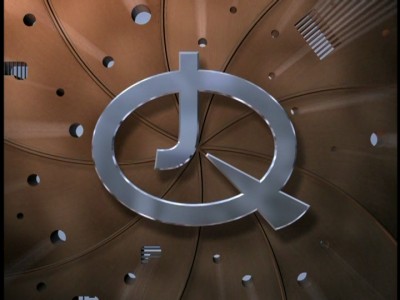 Jonny Quest: The Real Adventures: Season One, Volume Two takes off where the first set had left off. We have more adventures of Jonny, Jessi, Hadji, Dr. Benton, and Roger Bannon as the Quest World is fired up and the Virtual Reality world is entered to solve puzzles, stop the bad guys, and save the world. The characters utilize this incredible virtual reality tool they have to always work to save the day. They are able to fund it all through the immense resources of the Quest Foundation.  The plot of each episode is almost inconsequential. Just join in most of the time to see something related to a catastrophe being avoided or the like and you'll get a decent idea of what to expect fairly quick. Things didn't change much for the better over the course of the second half of the introductory season.

Growing up, Jonny Quest: The Real Adventures was one of those animated programs that was constantly utilizing my imagination. Watching the program was always something special and unique for me. I could see the characters and go on the adventures with Jonny Quest and those family members and friends in and out of Questworld.

Re-watching the show proved to be much less enjoyable an experience than I was anticipating, because in just a few short years it seems to have completely lost my interests. The writing is usually flat. You don't feel any genuine connection to these characters. They tend to seem so one-dimensional in any given moment. There's something so by-the-numbers about it all. It doesn't hold up.

The main character of course is Jonny Quest. He is a blonde haired, blue eyed wonder boy capable of accomplishing many incredible feats with unparalleled abilities. Nothing seems impossible to him. Of course, he must rely upon his friends Jessi and Hadji. Both of these supporting characters feel even more dimensional. Nothing that interesting was developed regarding realization of these characters. There's also Dr. Benton and Roger Bannon as the intelligent adults who everyone can look up to. 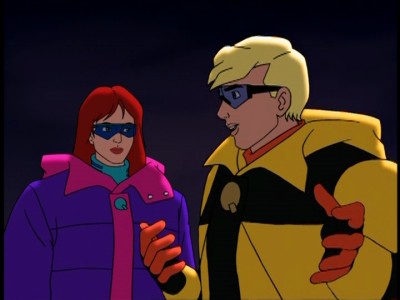 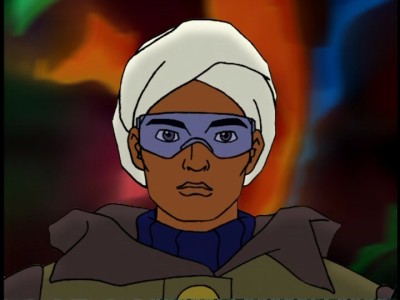 The worst thing about Jonny Quest: The Real Adventures is how the plot-lines feel as though they are being pulled from almost nowhere. You don't recognize a building plot as a main concern and things seem to simply happen just because, you know, things happen. That is underwhelming to experience as a series and that is what makes this one of the weaker of episode-by-episode standalone-nature series.

The animation is cringe-worthy. Don't get me wrong; back when the show first aired the animation seemed decent quality and the CGI artwork was especially innovative during a considerable time where the norm simply wasn't to create that kind of animated program to begin with. The Quest World Virtual Reality was convincing because there was barely any competition on the CGI animation market back then. It was new and exciting. Today, that particular aspect doesn't stand out as well when we have become spoiled by the impressive artistry from Pixar Animation Studios and other CGI animation front-runners. You come to realize that the animation aspect of the show only seemed impressive because of what it had promised for the future above anything else.

The kid in me wants to give this show a massive shout-out for the happy memories I've had watching it growing up, and to acknowledge that as a legitimate indication of high-quality. Unfortunately, I can't realistically say that when the show does little to nothing for me in retrospect. It doesn't really work for me anymore and I strongly advise to other fans that checking out the show again by rental will be the best way to see if the series still works somehow - for you. My own Jonny Quest: The Real Adventures ship has sailed. 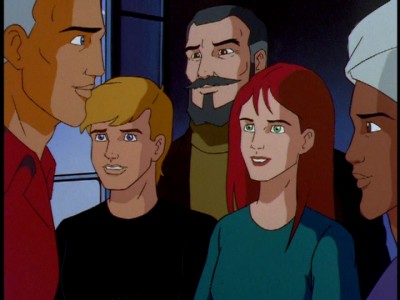 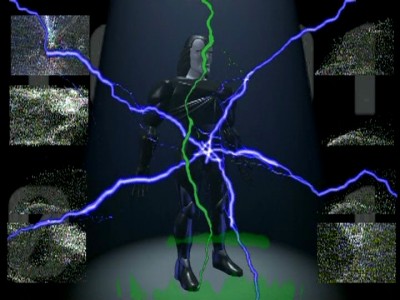 Jonny Quest: The Real Adventures has somewhat inconsistent video. Some of the episodes look much better than others, and this seems to suggest that Warner Home Video used a variety of sources to pull this release together. Certain episodes were impressive enough visually, and others seemed to be lacking in just about every way. Nothing was unwatchable; of course, I merely failed to notice anything that impressive. Colors were often muted, and there were a number of moments where the video had specks of dust and dirt that detracted from my own enjoyment. The series is presented in the original television broadcast aspect ratio of 1.33:1.

The 2.0 Dolby Digital audio never did much, and a part of that is merely because of the source material. I wasn't expecting much from the audio presentation considering this series isn't as popular as it once was as it only receiving a Burn on Demand release. It wasn't that thrilling presentation-wise. You get standard audio with decent dialogue reproduction but it has the minimum level of clarity and there remains nothing thrilling about the sound mix.

The only bonus feature on this release is Journey into Questworld (9:23). The feature isn't even mentioned on the packaging. Don't become too excited about seeing it, though. This is a fairly standard EPK featurette about the Questworld aspect of series, the computer CGI animation of Jonny Quest: The Real Adventures: about how it was cutting edge at the time, with interviews with some of the people who worked on the series and animation historian Jerry Beck. Sounds okay, I guess, but with such a brief running time it hardly keeps any interest and doesn't even have much to add to the knowledge-base about the show. 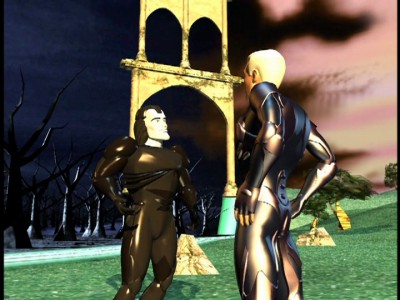 Jonny Quest: The Real Adventures used to be one of my all-time favorite animated series. This was one of the few series where I legitimately became excited to see an episode and to find out what would happen next. Unfortunately, the show doesn't stand the test of time that well and is boring, poorly animated, stereotypical, and redundant in hindsight. I wish the show was just as charming as I thought it was back when it originally aired on television. Sadly, it isn't, and the fans who collected the first set might want to revisit the show first. I owned the first box-set, and expected to enjoy this one too. Somehow that was just not to be. Relatively weak PQ, AQ, and lackluster supplemental material makes this a release to skip altogether unless your already a dedicated enough fan and certain that you would appreciate the investment.