Okay, let me get this out of the way first. I am not a U2 fan whatsoever. I've tried giving them the benefit of the doubt, but I don't buy the aura of self-righteousness that envelops them, their music, or their fans. They've played right down the street from me at the Rose Bowl on their nifty spider stage a couple of years ago and I still felt nothing. Granted, they could be some of the loveliest people on the plant, but as far as a musical connection between me and the band - there isn't one.

You may or may not be asking yourself then why am I reviewing Killing Bono, a film that revolves around the band from Ireland? Well, that's the rub, you see. The film is not necessarily about U2. It's about childhood brothers and friends of the band that went to school, played together, and were somewhat of a rival before there ever was a U2. U2 was known as The Hype and Bono was still Paul Hewson. This particular story is about the McCormick Brothers, who led by Neil (Ben Barnes) is on the quest for fame, fortune, women, and every excess that comes with living the life of a rock star. His childhood friends beat him to punch as U2 becomes huge in a short amount of time, but with his younger brother Ivan (Robert Sheehan) in tow, will do whatever it takes to make it in the music world.

See, I just like watching films about people making it in life and what not. It doesn't matter if I'm a fan of the band or not, because I thought the trailer for Killing Bono looked cool enough as it was. Of course, if the film itself sucked, then that would be another story altogether. It doesn't really suck, but it's not a great film. I enjoyed the adventure element of he film especially when it had Neil going back and forth trying to secure a record deal for himself and his brother. Those came off well and I could really feel for them as they were being rejected over and over again.

What I didn't care for were the constant scenes of Neil making some bad decisions over and over again. His foolish pride kept him from making it. It's no wonder he was on track to failure. Oh, and what would Killing Bono be if there was no Bono in it? I don't know, but Bono does figure into film and is played with genuine heart by Martin McCann.

The late-great Pete Postlethwaite also makes an appearance as a cheeky landlord in the big city of London with all the right connections for late night partying and shenanigans. This would be Pete's final role and it was cool one.

Overall, I was lukewarm on Killing Bono, because I really didn't care for Neil, but I was interested in seeing how it ended. Obviously, U2 made it (the film ends at roughly the 1987 mark), and the McCormick brothers did not. I wish the film stayed a bit more consistent throughout, because there are several instances where the film treads slapstick and convenience to make its points. That's the tricky part, because when you have a protagonist that you don't really like, you have to default to the supporting cast to see if there's someone else that you can identify with. In this case it was Ivan. We feel the same way he does. He's frustrated, angry, and it's pretty much due to Neil's bad decision making.

Fans of the band will no doubt enjoy the film, non-fans may or may not, and those on the neutral spectrum will have no opinion one way or another. I think Killing Bono is an average entry into the music-biopic genre and some of the supporting cast is awesome, but in the grand scheme of things, our main star and hero does not make for a compelling character. I'd rent it first to test the waters if you're really curious. 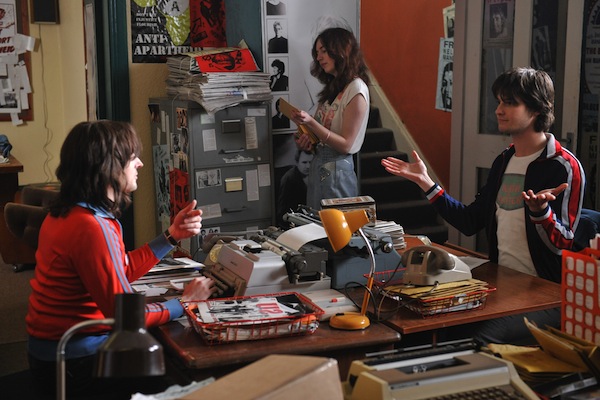 Killing Bono is presented in 1080p, 2.35:1 widescreen. Shot on location in Ireland and the UK, you'd think that the outdoor stuff would look grand, but both the scenery in Ireland and the UK come off as drab, dreary, and washed out. The UK I can understand, but the Ireland coast? I guess the aesthetic called for dreary and washed out. Interior shots fare much better as the boys play their gigs at outrageous bars and clubs with lots of flair. Flesh tones look natural or as pasty as can be due to there being no sun most of the time. Black levels are decent with few instances of noise and crush. DNR was absent most of the time and contrast levels were stable. Edge enhancement creeped up here and there, but wasn't an issue overall. This is a good, but not great looking Blu-ray. 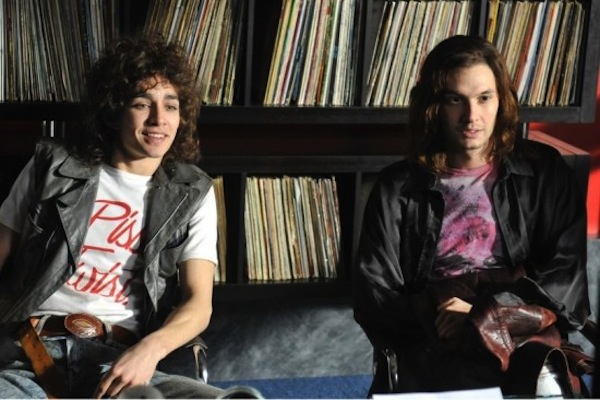 Killing Bono is presented in DTS-HD MA 5.1. This is a weird one. For a rock 'n roll bio-pic (of sorts) the track should bump hard (and it does), but at the expense of the LFE channel. I have a habit of looking at my powered subwoofer, which automatically turns on by itself when low bass frequency is detected. I can go on record and saying that Killing Bono has no LFE. It's a 5.0 track for all intents and purposes. Don't get me wrong, the bass is killer, but it's coming from my left and right channels, though. Dialogue is crystal clear, but the obvious use of ADR in post-production makes some of the lip-synching come off as too obvious in the final mix. Ambient channels handle the noise in the background of the clubs and bars. Just like the video section, Killing Bono sounds good, but not great. 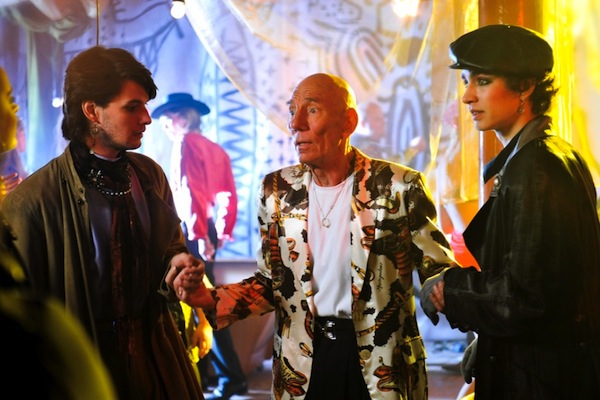 Killing Bono has only two extras to speak of. A fluff/making-of featurette that runs a little over 22 minutes. A trailer is also included. 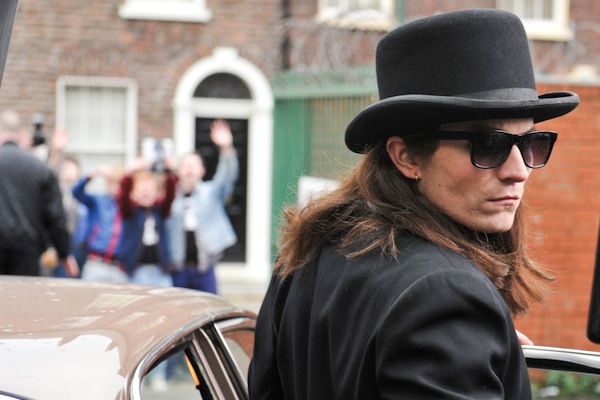 Killing Bono is a slightly above average film in terms of rock music biopics, but its main problem is that it tries to be too much to everyone. The film runs less than two hours, but there are large stretches that could have been trimmed, because the pacing really suffers at times. Technical specifications are decent, but the extras have been skimped on for the most part. If you're interested in music stories based on real life then Killing Bono could be right up your alley.