What is it about a well-cut trailer that just gets my blood boiling, in a good way mind you, no matter the subject matter? I'd just seen the trailer for 4.3.2.1 not too long ago and was pretty much blown away by what I saw. There were beautiful women, fast cars, guns, violence, etc. Count me in, I say!

4.3.2.1 technically stands for 4 girls. 3 days. 2 cities. 1 chance. Yeah, that's a bit off, but it sort of works in context. The primaries include: Joanne (Emma Roberts), Shannon (Ophelia Lovibond), Cassandra (Tamsin Egerton), and Kerrys (Shanika Warren-Markland). They're four girlfriends from all walks of life ranging from working class to the filthy rich, but are bonded together by love. They're best mates.

The gist of the story is that as they carry on with their lives they end up getting mixed up in a botched jewelry heist gone haywire. One of the thieves hides the diamonds in of the unsuspecting girls' bags and hell ensues shortly after. It's pretty straightforward but in a bit of a clichéd daze we are made to watch as each girl's story arc is divided by four interweaving storylines that will ultimately join up at the end. Works for me.

I was with the film all the way through due to really liking the main cast of girls with some very cool cameos sprinkled in throughout the film, which I will try to name if I can. We've got a very funny cameo by Kevin Smith (very self-deprecating, but funny), Eve (yes, the singer), Mandy Patinkin, Alexander Siddig (he steals the show with his bit part), Noel Clarke (Dr. Who, Kidulthood), Adam Deacon (Anuvahood), and several others that escape me. It's a fully loaded film.

What I think works and makes for an enjoyable piece of entertainment isn't necessarily that all four of our sexy protagonists are drop-dead gorgeous. It's that they can handle themselves like badasses. They really do bring the beat downs on scumbags that deserve it. Not only that, but they're fairly street-smart, savvy, independent, and don't take crap from either sex.

I will say that the third act loses steam a little, but that's due to the film clocking in at just under two hours. One situation particular kind of dropped it a notch, but I won't mention which one. All I will say is that when one person is holding a gun on THREE PEOPLE WITH GUNS, the rule dictates that the three people with guns have the upper hand. Well, it didn't play out that way. Okay, I'll shut up now.

4.3.2.1 is a fun and sexy romp-caper that should be experienced at least once. Give it a go. 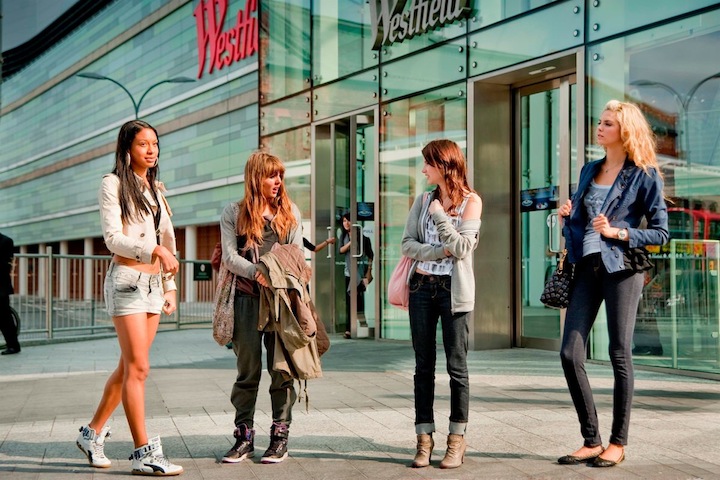 4.3.2.1 is presented in 1080p, 2.35:1 widescreen. Scenes at night shine a bit more than their counterparts in the daytime, with daytime interiors picking up the slack for not being as good as they could have been outside during the day. Flesh tones are remarkable, detailed, and I detected no intrusive DNR slathering on facial details. Black levels were deep and dark and never crushed, contrast was slightly boosted, with the occasional lens flair, but that was all part of the mood it was trying to convey as opposed to the source material being out of whack. Still, at a four-star, 4.3.2.1 looks pretty ravishing. 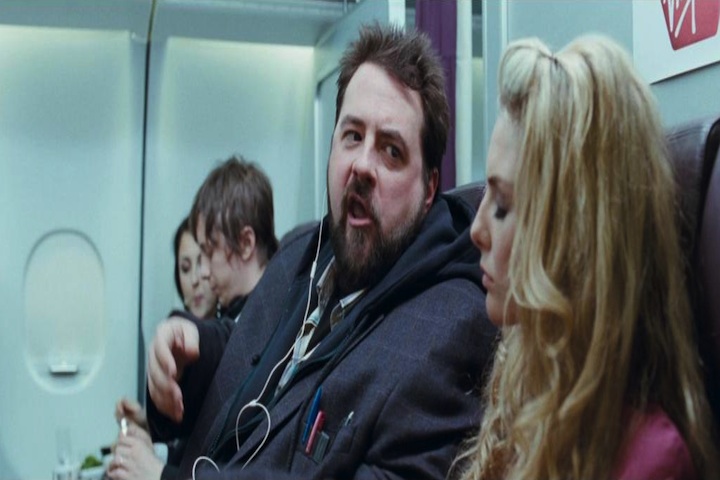 4.3.2.1 is presented in DTS-HD MA 5.1 and it is a stellar soundtrack! Dialogue is wonderfully crisp and balanced - even with some of the thicker cockney accents the dialogue was well balanced and I never had to hit the subtitles or rewind the film in order to catch what was being said. The other star of the show would have to be the music and sound effects. 4.3.2.1 has been aggressively mixed so that you can feel the action going on in the film. The bass definitely gets in your face. The LFE channel was one happy camper and so was I. It's a reference track, bruv. 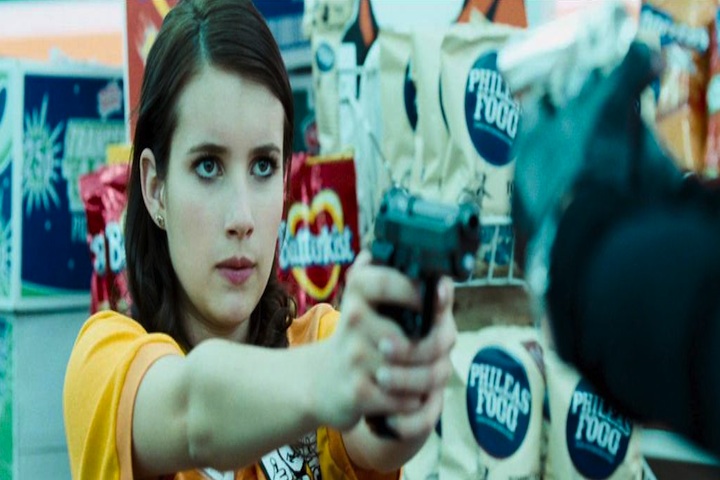 4.3.2.1 skimps on the extras by only including a short 22-minute featurette with the cast and crew talking about what went on during the making of the film. There is some good stuff mainly the interviews with the stars, directors, and Kevin Smith. A trailer is also included. 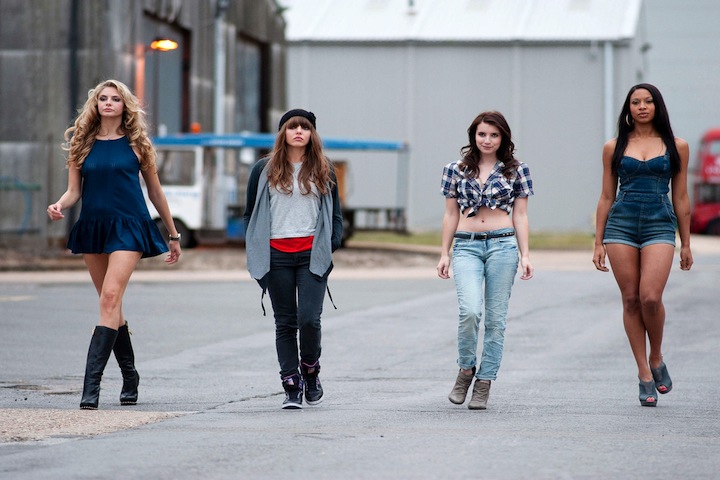 4.3.2.1 is getting a bum wrap due to the film having four very beautiful young women in the leads, so it's really easy for snobs to say that it's an exploitative feature completely missing the point that these four women could probably beat my ass. I'd welcome the beating, but you get my point. Haters are simply going to hate. Don't let 'em sway ya - I recommend the film. It was a lot of of fun. Yo, Tasmin Egerton, call me. Wink.