Take one part Pulp Fiction, one part Curdled (the hardcore fan base know what I'm talking about), insert some southern hospitality, mix it in a blender and hit puree. Breathless is what you've got. It's a drama, black comedy, and southern-noir tale all rolled up into one.

Lorna (Gina Gershon) is married to piece-of-crap-small-time-thief named Dale (Val Kilmer) who has committed a robbery and made off with $100,000 dollars and he's not sharing. Lorna beats him and ties him up. Tiny (Kelli Giddish) is Lorna's best friend and confidant and is there to help Lorna figure out what they're going to do with Dale. Ray Liotta is a nosy Sheriff that is on the lookout for Dale, so that complicates things even more. Actually, what complicates things even more is that Lorna and Tiny also have to dispose of a dead body. Not only do they have to dispose of a dead body, they have to find the $100,000 that Dale has hidden, and fend off a private investigator that plays by his own rules. Yes, this is one whacky game show.

I love films like Breathless. It's a hilarious romp of a crime-caper, beautiful women litter the joint, and the men play second fiddle to said women. I made mention earlier that the film was "southern-noir," I don't even think that actually exists, but just the way people talk, and the way they dress along with the how the interiors are lit and shot - it makes me feel like I am watching a 1950's detective tale. I guess it helps that Breathless takes place in 1981.

Breathless is also a very, VERY bloody caper. The majority of the film is spent with Lorna and Tiny trying to dispose of this dead body by all means. Cut, chop, grind, vacuum, are just some of the ways that they will try to get rid of the body before that pesky Sheriff gets the search warrant to investigate the premises.

Another of the positives to the film is that it was shot on the cheap, with a competent cast who do chew up the scenery quite well, but aren't grating. I also like that it looks like a stage play even though the set is that of a double wide trailer home. The film literally takes place inside of a trailer with our principal cast and the few outdoor scenes that there are is that of the Sheriff sitting in his squad car squashing flies while he waits for that search warrant to come through. I emphasize the scope of the production, because if you're an aspiring producer or director without a lot of money then Breathless is required viewing.

If you're just curious about the material in general I highly recommend you give it a spin. It's always great to see Gina Gershon on the big and small screen, so she's worth the price of admission alone. Giddish and Liotta are also rock solid and I forgot that Val Kilmer still has some comedic chops left.

The Blu-ray is available now. 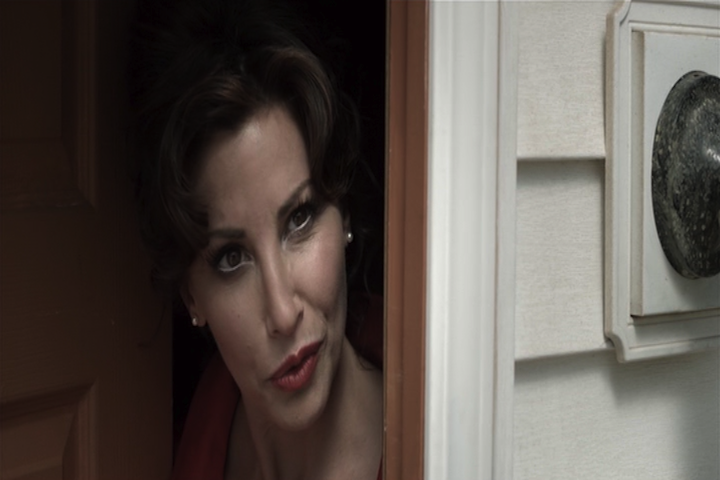 Breathless is presented in 1080p, 2.35:1 widescreen. The video presentation for Breathless is a tricky one. It's tricky because the final product has been run through some heavy post-production. The ladies wear some very cute outfits, a red dress, and a blue dress. It's unfortunate that due to the over-processing that the film went through - the colors have been severely muted. Whether this was intentional or not doesn't matter, because the image is really dark, soft, and contrast is boosted in parts. Even the blood, which should be "redder," comes off as maroon. Flesh tones look fine and retain detail. Even through the flawless make-up these women wear, you can still see some pores, and sweat beads running down their faces. I wonder if the muted palette was to get an R rating? I know they did something like that with The Raid, and from what I hear, the Unrated version of that film now has a different color timing pattern, so the reds do shine even more. Shrugs. 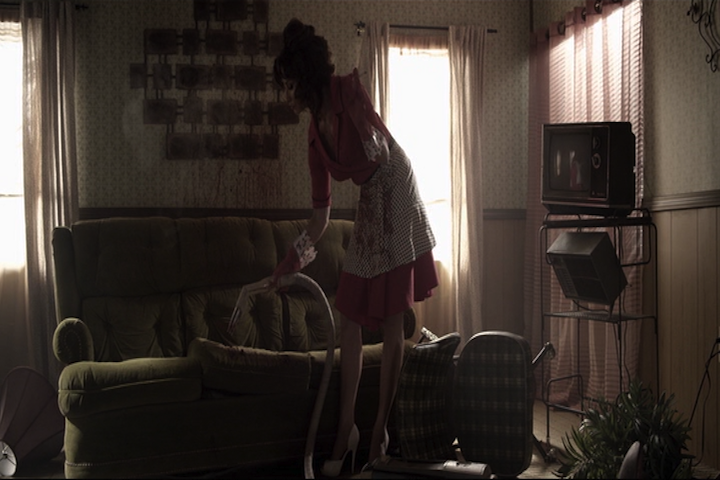 Breathless is presented in Dolby TrueHD 5.1. Okay, unlike the confusing video palette, there's nothing confusing about this strong lossless track at all. Dialogue is clean and clear, southern drawls and all. I never had to rewind or hit the subtitles to see what was being said with those southern accents. The film takes place in one set, not a very big one, but there is depth to the sound field. When someone is off frame, the rear channels handle their voice, which gives it that three-dimensional push. The audio is handled well during the few short bursts of violence that involve gunfire, fire itself, and the disposal of human remains. Be sure to set out some newspaper in your media room to catch the "debris." 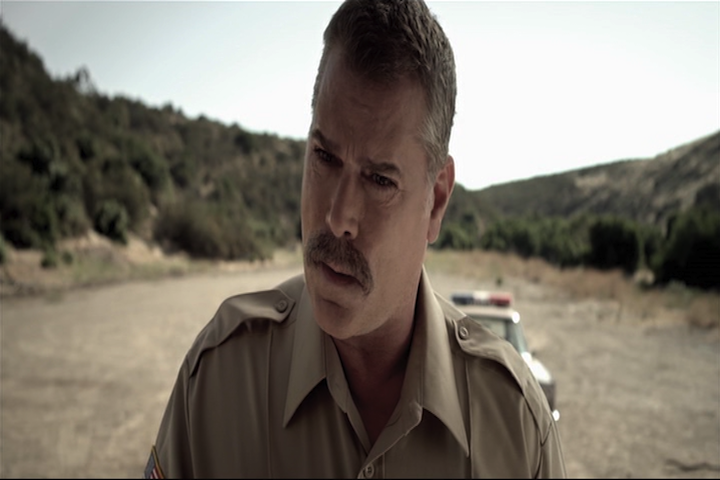 Breathless has only two special features. One is an audio commentary with director-writer-editor Jesse Baget and producer Christine Holder. It's a pretty solid commentary track that gets into the nitty-gritty of what went on in trying to get the film made and what it was like working with the cast and crew on a low budget film. The second special feature is a making-of featurette that shows you what little the filmmakers had to work with in addition to some interviews with the cast/crew. I wish there was more, though. 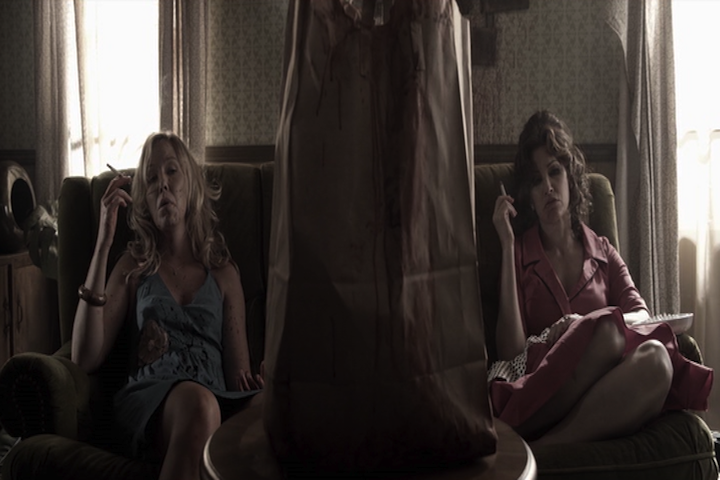 I give Breathless mucho props in the getting the film made by any-means-necessary-category. The filmmakers were set on a budget, called up the folks they wanted to work with, and a movie was made. It's a film that plays out like a stage play more or less. I can count the entire cast on one hand, so seeing them give it their all on this type of project was pretty cool. Okay, and the fact that Gina Gershon and Kelli Giddish are smoking hot helped a little, too.