Salt of Life, The 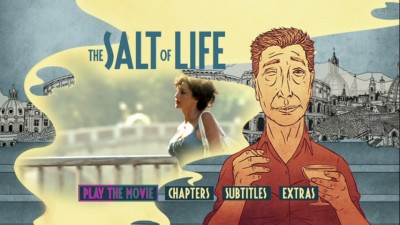 Anyone who enjoyed Gianni Di Gregorio's charming slice-of-life directorial debut Mid-August Lunch will be pleased to hear that he has returned with a sartorial sequel, the equally charming and more accomplished The Salt of Life.

In the new film, the writer/director/star plays Giovanni, a 50-year-old retiree with too much time on his hands and perhaps too many women in his life. Pushed out of the workforce early, Giovanni wasn't prepared to settle down so quickly, nor is he entirely happy being errand boy for his wife, daughter, and mother, who calls him every time her TV reception goes slightly fuzzy. He is starting to feel inconsequential as a man, and once his best friend (Alfonso Santagata) suggests that maybe what Giovanni needs to do is get back in the swing of things and find a mistress (or even just date), the kindly Italian gentleman can't get it out of his head. Beautiful women are everywhere! When it comes down to it, the only daily task that makes Giovanni truly happy is helping his sexy downstairs neighbor (Aylin Prandi) by walking her St. Bernard. She treats the old guy with affection and doesn't take him for granted.

And so The Salt of Life follows Giovanni as he begins to entertain the notion of taking on a lover, and it follows all the comic ways in which he fails. The poor guy is flummoxed by mixed signals, mixed connections, and just generally being out of practice. Plus, all those calls from his mother would mess up any guy's game. My favorite sequence is probably when Gianni and Alfonso go out with a pair of twins that are the lawyer's clients, and Alfonso tells a bunch of lies about his friend's life, thinking it will seal the deal. In the end, all the two guys get stuck with is the bill. 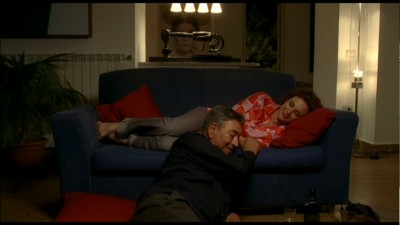 It's an important scene, though, because for The Salt of Life to work, we have to like Giovanni ourselves. If he's not likable, then his nervous peeking at the fruit seller's cleavage will make him seem creepy rather than clumsy. The way he gets shy and avoids backing up Alfonso's fibs tells us that, whatever else is going on, he's a good guy. The Salt of Life is full of such small scenes. Di Gregorio's real gift is for rendering subtly observed behavior. He works out each section to the finest detail, letting body language transcend dialogue and allowing his characters to be real in the moment. The ladies that Giovanni meets are all individual personalities, each with their own motivations, and even when their selfishness maybe hurts the older man, they are allowed to exist without being judged. It's kind of funny to think about it. Giovanni would probably be more successful as a Don Juan were he to be more quick to objectify the women he desires, but he can't quite bring himself to do it.

Which is part of what makes the persona the filmmaker creates for himself so perfect. He's like Jacques Tati's Monsieur Hulot by way of traditional Italian Neorealism, not quite a clown but definitely a sadly comic figure. As a performer, Di Gregorio has a very natural way about him. Nothing he does ever appears forced, even though it's down to him to drive the story and take everyone else along with him. Di Gregorio plays each scene as if it were new, as if it were happening to him right in the moment. He allows us to laugh at him, but every chuckle has a seed of empathy. We want nothing more than for his young neighbor to make his romantic dreams come true. There is also a surprisingly heartbreaking scene late in the movie when we meet Giovanni's one-true love (Valeria Cavalli). Missed opportunities lead to regret in later life, it's impossible not to back up and wonder "what if." (Don't lie and say you've never Googled or Facebooked a special someone you blew it with.)

The Salt of Life is a solid picture through and through. Di Gregorio and editor Marco Spoletini tailor the narrative carefully, displaying an intuitive understanding for when each segment should begin and end, coming in at the right moment and getting out before the sequences grow long in the tooth. (Spoletini also edited Mid-August Lunch and the sprawling crime epic, Gomorrah, which Di Gregorio was also a writer on; two more different films you will not find.) Cinematographer Gogo Bianchi photographs everything beautifully, capturing the natural surroundings in a warm light, reminding us that for whatever romantic mishaps our hero may have, his world is still marvelous and happy.

And I think that's what Di Gregorio wants us to take away from The Salt of Life. In the final montage, edited to the Pixies' "Here Comes Your Man," we get to see what Giovanni really wants, unvarnished, without restraint, and it's really everything we've seen him go after so far. Sure, his lovelife might be on the rocks, but he'll never stop trying to love. Because, don't you remember? Beautiful women are everywhere! 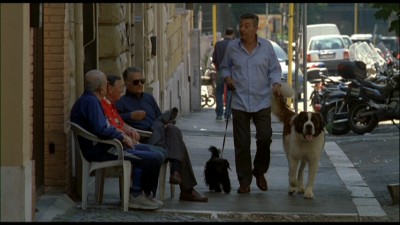 Video:
The Salt of Life's widescreen transfer (1.85:1) is quite lovely. The box boasts that it was taken from a high-def master, and this shows in the presentation. Colors are vibrant, texture and tone look realistic, and the overall resolution is sharp as a razor. This disc is actually a good reminder that with the right source material, DVDs can still look phenomenal.

Sound:
The Italian soundtrack gets a nice stereo mix, with good volume levels and easy to read subtitles (which are optional). The audio is pretty simple for the most part, so a centered presentation works to maintain the intimate atmosphere of the story.

Extras:
The disc comes housed in a clear plastic case with a booklet featuring an interview with Gianni Di Gregorrio and another with the actress who plays his mother (and who was also in Mid-August Lunch), Valeria De Franciscis Bendoni. The director/writer/star is also interviewed on the disc in a 12-minute video.

The 18-minute featurette of "Behind the Scenes" footage is exactly as it sounds: a collection of material shot during the filming of The Salt of Life.

FINAL THOUGHTS:
Highly Recommended. It's hard not to be charmed by Italian director Gianni Di Gregorrio's self-effacing slice-of-life movies. The Salt of Life is a simple, yet heartfelt, story of an older man wondering if he can ever really be a lover again. Acutely observed and rendered with impeccable comic timing, The Salt of Life is a rare work of small wonder. 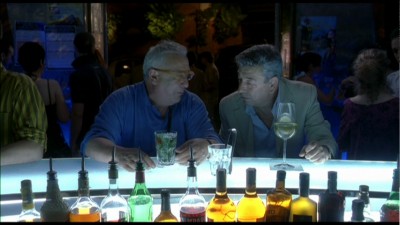