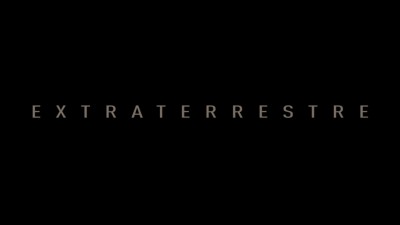 Extraterrestrial is not a traditional science fiction film. That might as well be clarified from the start. Extraterrestrial isn't a movie akin to the bizarre and weighty, thought-provoking work of 2001: A Space Odyssey or the thrilling excitement found within any Star Wars. Extraterrestrial is basically a witty character-piece and an unusual take on the romantic comedy genre. It might not meet your expectations but it hurdles past them and crafts its own take on telling us a good science-fiction yarn with class and sophistication. Extraterrestrial is the second feature-length film from writer/director Nacho Vigalondo (Time Crimes).

The movie begins with the morning-after parade. I am referring to that time when people who barely know each other wake-up and suddenly realize that they ended up spending the entire night with someone else. Initially confused by the situation, Julio (Julián Villagrán) quickly realizes he isn't in his own apartment. He happens to be with the beautiful Julia (Michelle Jenner). It isn't long before Julia begins to try to usher him out of her apartment. Julio is definitely not rushing to do so. He mentions something about staying for breakfast, but ultimately it seems he's been deemed as someone needing to leave. Until they see that mysterious spaceship floating within the city through their camera-feed, but of course.

No television channels. No cell phone receptions. No internet connection. It was as if technological-apocalypse had arrived. Julio and Julia decide to stay indoors. This can undoubtedly go without saying, but regardless: it was shaping up to be a bizarre day.

It isn't long before Julia's neighbor Ángel (Carlos Areces) shows up at her apartment doorstep. Ángel has a gigantic crush on Julia -- everyone around him can tell this, and yet Ángel doesn't want to say so himself. It seems obsessive but harmless and incessantly annoying. Before the story proceeds too much further another character joins the proceedings. Carlos (Raúl Cimas) happens to be Julia's boyfriend of several years. Oops. 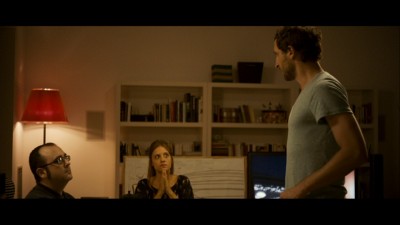 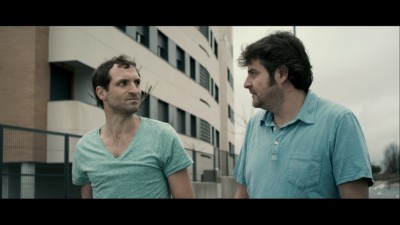 To throw Carlos off the idea that something might be going on between them, Julio and Julia begin scheming up their own alien-invasion ideas and they wind up using those elements as a means to stay together during these strange circumstances. While there is an actual spaceship sitting outside of the city, it remains something that merely acts as a backdrop during the film.

This isn't an action-packed alien-invasion film. Nor is it a razor-sharp satire with sophisticated philosophical ponderings, or anything of the sort. Don't expect the film to be something that it isn't. I'd recommend watching Extraterrestrial with as little expectations as possible as it isn't something built on some grand scale. It's a small indie movie with some pleasant ideas, and it has a clever conclusion.

Nacho Vigalondo is one of the few directors to spring up in recent years where I am genuinely curious to see where his career might be heading. I could see him either maintaining a lengthy career making smaller movies (like Extraterrestrial and his earlier success Time Crimes) or I could see him transitioning at some point to bigger-budget productions. Time Crimes was an amazing low-budget film with more ambition than most, and Extraterrestrial (while not as ambitious) is highly creative. Viewers will find a work from a confident filmmaker who is certain of his storytelling abilities, and this ultimately helps him take us on this quirky trip.

Audiences will likely wind up feeling divided on the film. There are certain ways in which the ending is ambiguous. Then there's the fact that almost nothing "action-oriented" even happens beginning to end. Some will say that "nothing" happened at all during the film. I disagree and felt as though the film had a lot to say about people and the lengths to which we go to attempt being with the person or people we care about. Extraterrestrial is a silly character-based flick, but it works wonders by keeping things simple. It's a story where you marvel at how much it works simply by having the right timing, dialogue, and technique to craft a tale so interesting without relying upon flashy effects and spectacle.


The most alien thing about Extraterrestrial is how quietly creative it is compared to most films made today. You probably haven't seen another sci-fi film even remotely like it. Extraterrestrial will take you to uncharted territories, and they just happen to be a few doors over. 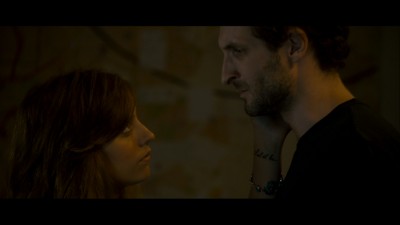 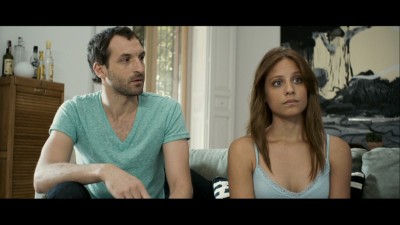 Extraterrestrial arrives on DVD in the original theatrical aspect ratio of 2:35:1 and enhanced for widescreen 16X9 television displays. I'm certain that the presentation is a good representation of the look of the film as intended by cinematographer Jon D. Domínguez. The blue tones utilized give the film a decidedly cool vibe. The film has a stylized appearance that can works wonders on the overall presentation. Color saturation and contrast are appropriately handled on the release. The film has some inherent grain but its nothing too distracting, and adds a filmic appeal. The transfer is mostly clean and clear - a quite pleasant and impressive transfer.

The downside to this DVD release is that digital download options presented viewers with an option to view the film in High Definition and eOne has not released a Blu-ray release of Extraterrestrial. Perhaps a Blu-ray option could still be released at a future point in time.

Extraterrestrial utilizes a front-heavy 5.1 surround sound track that occasionally engages the surrounds for some neat effects yet this surround presentation is more concerned with proper reproduction of dialogue. The original music score by Jorge Magaz (which is quite good) is presented accurately as well and it adds a certain flavor to the proceedings.

Extraterrestrial is presented in Spanish with optional English subtitles.

Making Of Featurette (24:12) - Extraterrestrial has a decent-length making of feature. It actually doesn't go too in depth about how the film came into production or about the process in filming. This piece is more of a collection of short behind-the scenes moments and interviews featuring writer/director Nacho Vigalondo and the film's group of talented actors.

Curiously, Nacho Vigalondo explains to the viewer at one point during the supplement that he filmed a new interview (thus explaining why he was in a different setting than the others that were interviewed) but this was something that never crossed my mind as odd. Many DVD's contain supplements with interviews that occurred at different stages. Regardless, he explains that it was because the earlier footage made him seem crazy because was too involved in the process by being interviewed while making the movie. They show a snippet of this moment. 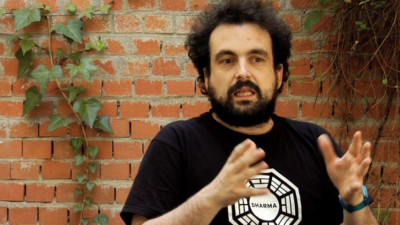 Nacho Vigalondo is actually pictured in that "crazy" stage in my screen-grab (primarily as a result of his fashion choice - it's hard to resist showcasing a director I'm a fan of wearing a Lost Dharma t-shirt... that's just way too cool). Moving along...

Short Films by Director Nacho Vigalondo: These four shorts make a genuinely nice addition to the release. I wish more of them were included to fully round out the release, but the included shorts demonstrate the smart experimentation of the Extraterrestrial filmmaker.

Marisa, Sunday (Domingo), Changing the World, and A Lesson in Filmmaking.

Each short has its merits. I especially enjoyed the precursor to Extraterrestrial found in Sunday, which has an interesting perspective on a couple arguing about a spaceship they find and about how they are filming the discovery. True to Extraterrestrial, nothing's about the spaceship and everything has much more concern with the relationship between these people. I also agree with the included Lesson in Filmmaking, which suggests that many of the best sequences in films are built around audience anticipation more than any payoff.

Lastly, a Trailer is included. It's such a brief trailer though that I would like to say that it doesn't qualify as one. 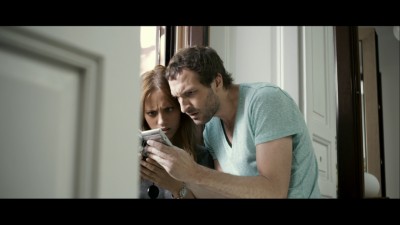 Extraterrestrial isn't a loud, brash science fiction film with action set-pieces or non-stop twists and turns. It's more of an indie drama/comedy with some clever ideas thrown into the mix. It won't please those seeking a thrill-ride but it will entertain those looking for a good character based film made by an excellent filmmaker. Nacho Vigalondo (Time Crimes) is exactly that. Entirely capable filmmaking makes this quiet character-based movie exciting.