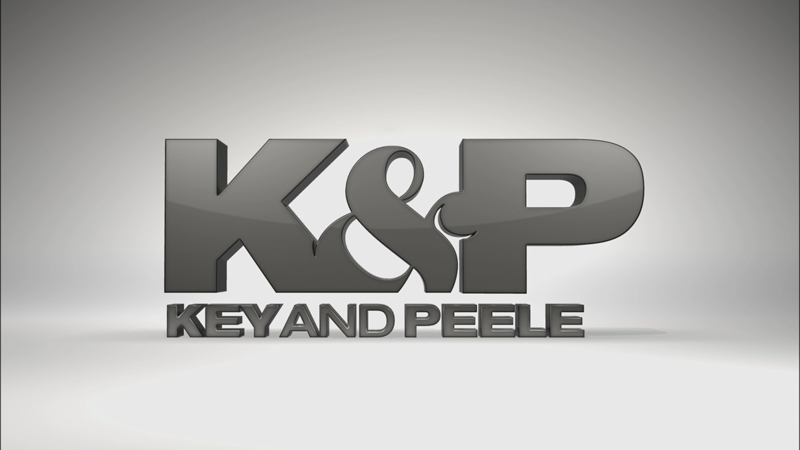 
The Movie
I watched an episode of Key & Peele when it debuted on Comedy Central, but it didn't do anything for me, and I moved on. After watching the eight episodes of the show's first season on Blu-Ray, I don't regret my judgment, but it ended up being a much better series than the first episode showed, with some legitimate highlights along the way.

Jordan Peele and Keegan Michael Key are veterans of the Chicago improv scene and were both cast members of the surprisingly long-running FOX sketch show MADtv. Long absent a good sketch show and a series that might draw a more diverse audience since Dave Chappelle took his ball and went home, Comedy Central took a chance on the duo and gave a pair of bi-racial comics their own sketch comedy series. 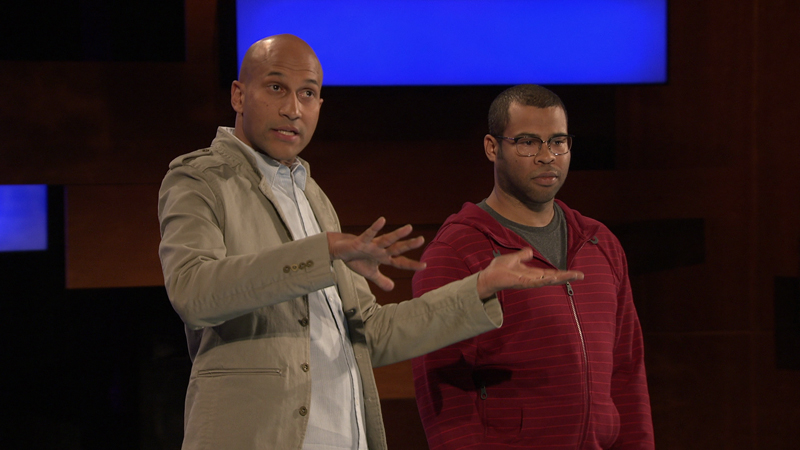 Key and Peele tend to avoid topical bits or pop-culture parodies, lending the sketches more of a life-span and increased universality, like the great sketch series, including the Upright Citizens Brigade and Monty Python. When they do try their hand at it, like when Peele plays Lil' Wayne in prison, it falls flat. Only their repeated Obama segments, which represents one of the few recurring characters on the show, works in this regard. SNL hasn't found anything funny to do with the President in four years, while Key and Peele managed to do it in a handful of episodes by playing up his bad-ass nature, either in himself or in his anger translator Luther. One sketch nails it, as Obama uses his Republican foes' contrarian nature against them, with an awesome coolness exuding from him.

What definitely doesn't work is the host segments used to link the sketches. The sketch show that needs these fillers has yet to be invented, and Key's exaggerated reactions to Peele just further the awkward sense they impart on the show. While it's a probably a case of the studio segments saving a bit of cost versus doing another sketch, you can't really point to any of them as adding anything to the show.

On the other hand, there are some fantastic stand-out sketches in this set, most of which are either quick hits or sport ridiculous premises. Whether it's Brock Favors, the substitute traffic copter reporter, or Jayden Pinkett Smith learning about the world he is not a part of, or Bobby McFerrin taking on Michael Winslow in epic combat, the show knows how to establish a character quickly and get out before its worn out its welcome. It also knows how to touch edgy topics, specifically race, as seen in a hilarious slave auction sketch, a game of oneupsmanship between Malcom X and Martin Luther King, Jr. and a WWII film about Nazis hunting black people (with Modern Family's Ty Burrell as a Nazi!)

However, the show is at its best when it's being ridiculous. A sketch about a '90s R&B duo not certain about who they are singing to. A pair of urban Bar Mitzvah entertainers. The military branching out to recruit in gay clubs. These are all terrific examples of perfectly-executed concepts. But nothing shows the series at its best like "Babysitting Forrest." You've never seen anything until you've seen an infant-sized Forrest Whitaker in a onesie terrorizing Michael Keegan Key. It's an image that will be with me forever, and will earn a smile every time. Which is more than most sketch shows provide. 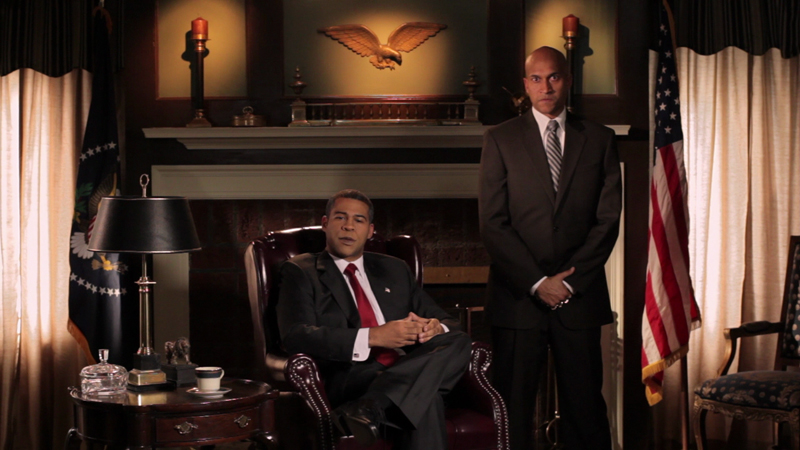 The Disc
The first season's eight episodes arrive on one Blu-Ray disc, which is packed in a standard-width Blu-Ray keepcase. The Blu-Ray has an animated menu, with options to watch the season, select episodes, adjust the set-up and check out the extras. Audio options include English DTS-HD Master Audio 5.1 and English Dolby Digital 2.0, while subtitles are available in English SDH.

The Quality
The 1080p, AVC-encoded transfers look terrific, showing off the series' tremendous production values through a very high level of fine detail and appropriate color across the board. There are no noticeable issues with any digital distractions, with the studio segments looking almost unrealistically crisp and detailed, down to the sweat on Peele's forehead. Everything is simply beautiful, though the clarity can make the occasional special effect stand out too much.

The DTS-HD Master Audio 5.1 tracks are impressive for this show, which doesn't boast movie-like sound, but the audio does a fine job of delivering everything clearly, with no concerns about dialogue. You're not going to notice anything dynamic about the mix, but that's more a reflection on the subject matter, which tends to be based in dialogue than any kind of action. The sound effects are strong though, and the side and rear pick up some work in the music and atmosphere. No one will complain about this presentation.

The Extras
The big extra is a set of four audio commentaries by Key and Peele. There's a lot of good insight into the making of the show, along with their friendly banter and discussion. The tracks are almost entirely free of dead air, unless there's a particularly sexy woman on-screen.

A somewhat misnamed outtakes reel (6:57) shows the guys breaking and trying different takes on jokes, in a piece that feels like it should be funnier, even if it will elicit s few smiles.

Capitalizing on the show's most visible sketch, there are seven unaired Obama/Luther sketches (running between :41 and 2:38 each), though one seems to be from the series. They keep the same idea going, putting the duo in a few different situations, including a therapy session and a call from the First Lady. They are amusing, but the idea gets a bit repetitive.

A pair of clips from an appearance at the South Beach Comedy Festival, gives a look behind the scenes (though it would be nice to actually see some of their actual performance.) In one, they show how they procrastinate when trying to come up with jokes and the other journals a rare dual pants blow-out during their set, Thought the bits are amusing, one can't help but think seeing the sketches would have been funnier.

A poolside interview with the pair (4:34) is probably the funniest extra on this set, as they facetiously cover topics like the theme song, their favorite sketches and their partnership. 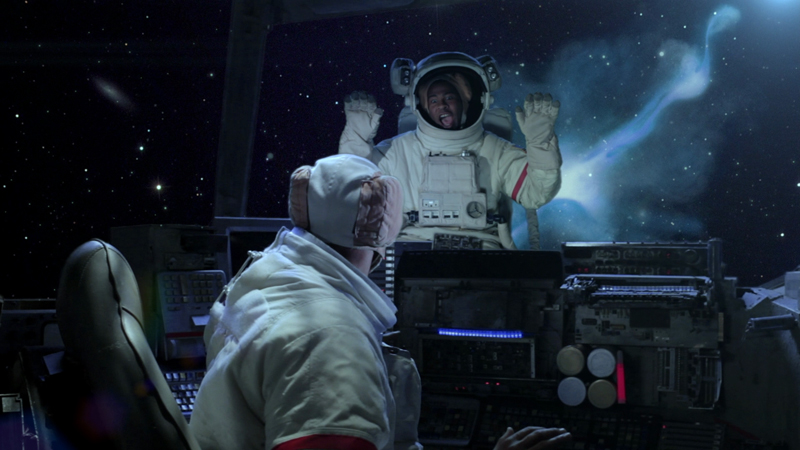 The Bottom Line
Key & Peele may not be on the level of an Upright Citizens Brigade, but few series are. It is one of the best sketch shows to hit the scene in a while, though, and at its best, it's fantastically funny. The discs looks and sound very nice, and the extras add some insight and some more laughs, which makes this an easy set to recommend for comedy fans.