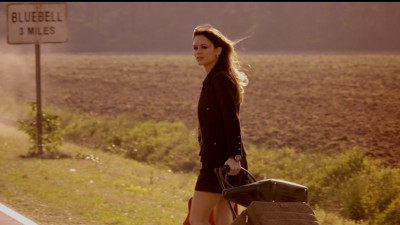 Hart of Dixie is a soap: you know, the kind of show with some love triangles, cheesy humor and drummed up dramatics. Not all soaps are made equal, though. This one is pretty good television. Now that I have that statement out of the way, let me follow it by stating that I find this to be an entertaining series well worth watching and you don't even have to be a follower of soaps to be able to find something worthwhile about this show (which also serves up amble drama and fine comedy).

The series stars the adorable and utterly charming Rachel Bilson (The O.C., Chuck) as Zoe Hart, a doctor who moves out of New York City to the small community of BlueBell, Alabama when she receives an opportunity to be in charge of a hospital in the town. Upon her college graduation, Zoe was approached by an older gentleman who offered her a job with his doctor's practice. Zoe then promptly declines: she already decided to work towards becoming a heart surgeon and inside of New York City. The issue wasn't over though. Apparently, the practice was left to her as a element to his will. Uh, come again? Amazingly, Zoe was given a chance to lead a practice.

Zoe decides to move to BlueBell and to at least give it a chance. She makes this decision in hesitation because she still doesn't want to leave New York, but it's been a year since she received the job offer after Graduation and she hasn't been having as much success with everything in the medical field as she had hoped.  Zoe's a good doctor at what she does, however, she's told to improve her manner with patients. According to a fellow doctor, everything she does is good on paper but she treats people more like numbered patients.

Upon arriving at BlueBell, Zoe discovers that she was left half of the practice. The community still has another doctor and he owns the other half. He's also quite popular. Zoe soon learns that she needs to gain some experience with working within the BlueBell community in order to gain some patients that she can treat and in order to keep her half of the practice, which she could lose if she doesn't come up with 30% of the revenue from serving patients.  Luckily, Zoe is a sweet, good person and she manages to start becoming familiar with the town soon enough. It isn't long before (most) people start to like having her around BlueBell. 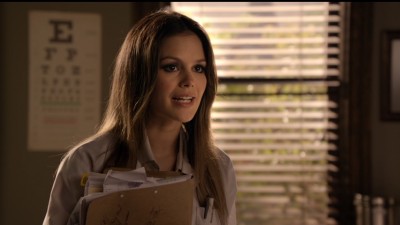 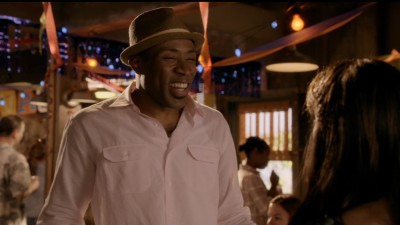 The rest of the main cast of characters consists of Lemon Breeland (Jaime King) Mayor Lavon Hayes (Cress Williams), Wade (Wilson Bethel), and George (Scott Porter). Lemon is a sweet angel on the outside and in all of her "social" interactions, and she can be a nice person but it becomes clear pretty on in the series that she has something against Zoe Hart. Ironically, she seems to dislike her because Zoe starts a friendship with George, Lemon's fiancé, and she's seemingly worried that something more could be going on. Yet Lemon is still in love with Mayor Lavon Hayes, and he's still got something for her. All the while, the neighborly fun southern "bad-boy" Wade (who is actually a pretty sweet-natured guy) has a thing for Zoe. Basically, one of the focal points of the whole series seems to be to revolve around the big questions regarding who these characters will romantically end up with in a relationship. I actually think that may be the main area.

Yes, this series is over-the-top, a soapy-soapy soap-soap, and it doesn't ever do anything too original or groundbreaking (if ever?) and the characters are all only marginally developed in terms of having dramatic depth. However, if there's one thing about this show that works as needed it's the excellence of the cast. The actors and actresses who bring these characters to television life are all great at what they do. Each performer is fantastic and you end up as an engaged fan because so many of these characters are as charming, fun, and sweet-natured as could ever be expected from a show of this type. You grow to like these characters so much.

Having said that, the writing and direction on this show is rock solid. It's not perfect, but as a series with a set plan of ideas (love triangles, humorous encounters, weekly hospital "Zoe as amazing doctor" episodes, etc.), these writers don't tend to come up short on what they are uniformly good at: writing fun, zippy, charming, and lighthearted episodes that are easy to become entertained by without requiring a great deal on the audience's part. 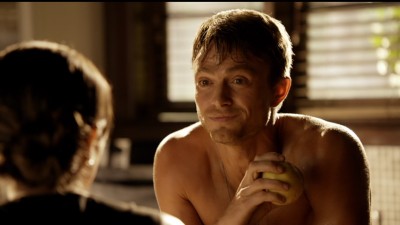 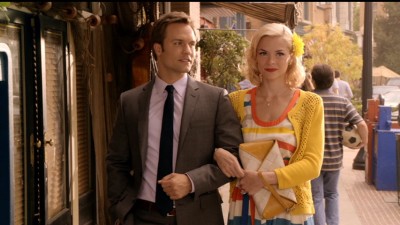 Hart of Dixie looks pretty good with its 1:78:1 widescreen presentation. The colors are bright, colorful, and the cinematography has a nice clean, shimmery look to it. The series was filmed using HD Sony cameras and it looks splendid. If only a Blu-ray release was also given to the series it would look even better.  Alas, that wasn't the case. Unless you want to pay for HD digital downloads this is a good way to watch the show.

The series is presented with 5.1 surround sound but it isn't exactly that engaging as a sound mix. The rear speakers seem to hardly ever be used and when they are it just adds a slight additional feeling of being a tad more involved, but for the most part the surrounds just aren't well utilized and the audio is heavily front-focused.

The dialogue is easy to understand, clean and efficient in how it is presented, but not all that dynamic. The audio is still more than merely acceptable for a lighthearted series without any flashier moments to rely upon a more robust presentation.

Subtitles are presented in English, French, and Spanish.

Extras on this release include: Deleted Scenes, Shut Your Mouth! (Gag Reel), and an eighteen minute long making-of featurette entitled "Straight from the Hart of Dixie" which has some behind-the-scenes material, series clips, and interviews with the cast, producers, and crew. 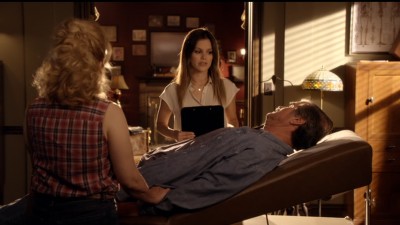 Hart of Dixie is a fun, easy-going, and easy to enjoy series. It's nothing too original, too daring, too... anything? But it's an adorably sweet-natured show about finding your footing in life and about discovering that special person who may be there for you when you are ready.  It's not a wholly original creation but I don't care that much. This show is pure-hearted & good-natured entertainment about characters I actually cared for and enjoyed getting to know in the smallish (fictional) town of BlueBell, Alabama. If you like Rachel Bilson (or any of the other stars) this series is a quality one well worth your time and this DVD release will make a nice addition to any fan's television-on-DVD collection.