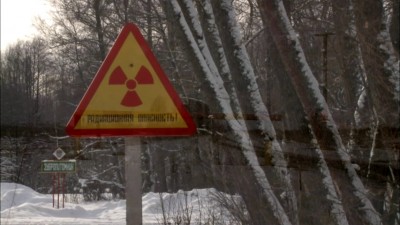 Some of you are probably hugely familiar with the television program known as Nature that airs on PBS. Then again, maybe some readers are going to be more like me and have only watched the program a few times over the years. It's a brilliant concept for a show. Every week that the series is airing a new episode, there is a different theme and highlight about various global issues that is broadcast to the public. Nature is a documentary series. Every episode has this approach to documenting issues related to nature.

The episode highlighted on this release is entitled Radioactive Wolves, and it's all about the environmental wilderness that exists following Chernobyl's nuclear disaster. This specific episode is a must-see for Russian history buffs and those who are interested in the aftermath of the Chernobyl disaster on the environment and the implications of the nuclear effects.  Since the disaster happened 25 years ago the environment surrounding it for 1,100 square miles has remained off-limits to humans as the nuclear side-effects are considered dangerous to humans. Yet there is wild-life that continues to live and exist in these parts.

The documentary doesn't have to be seen by those with massive knowledge of the events, though. It's well made and can appeal to a wide range of individuals interested in learning something new about important wilderness issues. The issues explored in this episode are important to understanding the side-effects on some animals following nuclear disaster. It certainly is an area in need of further exploration.  Yet the scientists who were involved in creating this documentary and who conducted thorough research have contributed much to understanding this aspect of nature. 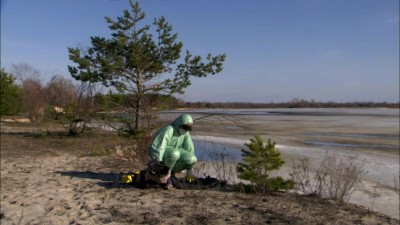 To say that some of the findings of the researchers are surprising is an understatement. The nuclear energy actually has a positive effect on wolves, an endangered species, and this is something that brings a lot of questions into play about the entire animal population. It is certainly unlike anything you expect going into the documentary.

The depth of detail was excellent in examining these grounds previously inaccessible to human beings. Now, with the limited range allowable for researchers to explore, there have been some fascinating findings in the post-apocalyptic world of the Chernobyl-aftermath grounds.

PBS has produced an excellent, insightful, and fascinating documentary with director Klaus Feichtenberger that is worth seeking out. If you enjoy nature documentaries produced for the PBS Nature TV series this is an excellent entry that's especially notable for those interested in Russian history. 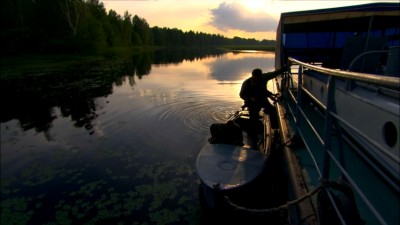 The documentary is preserved in its original widescreen aspect-ratio, as intended for 16:9 HD televisions. The DVD edition of the documentary is undoubtedly a step below the Blu-ray of Klaus Feichtenberger's Radioactive Wolves but that doesn't mean that this release is without some merit. Viewers only equipped with DVD players will find the PQ more than passable.

There is some issue with interlacing. It certainly distracts when slowing down frames from the show. Somehow, it doesn't find a way to distract during the documentary in-motion and so it shouldn't be a huge concern for most viewers. It's a relatively minor issue. Colors are vivid, surprisingly so, and the image has a clean and robust appeal even in Standard Definition.  I certainly think that most viewers will be satisfied with the strong clarity on display for the environmental landscape highlighted in this Nature episode.

The 5.1 surround sound is reasonably engaging to listen to. One of the things that stood out to me was how the animals, especially the birds, sounded with the surround sound. It made the overall experience even more enveloping and engaging. You start to feel as though you are actually in that environment to hear the animals of the mysterious nature zone. It's a better sound-field to listen to than many documentaries happen to have.

Alas, no bonus features of any kind are included on this release. 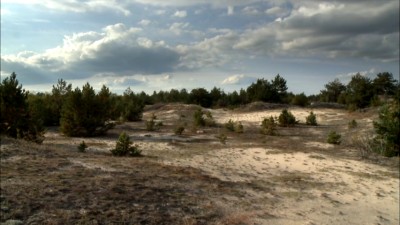 It's amazing just to think about how the Radioactive Wolves episode highlighted on this DVD release is the documentary featured as the Season 30 premiere of the long-running PBS series Nature. How incredible it is to have a program this informative last for so many years as a public-service broadcast. It's yet another reason to love PBS.

As for the documentary itself, director Klaus Feichtenberger has crafted an impeccable inside-look at the nature related aftermath surrounding the Chernobyl tragedy. This makes for an insightful and altogether educational experience that is well worth the price of admission.