I've been on a television series-reviewing spree as of late. Next up is NBC's new show called Whitney. The new sitcom stars, is created, executive produced, and co-written by the very popular Whitney Cummings (co-creator/writer/executive producer of Two Broke Girls), so to say that she is not busy would be an understatement.

We follow Whitney and her boyfriend Alex (Chris D'Elia) who live together in unmarried bliss over in the trendy part of Chicago. Whitney is a freelance photographer and Alex sold an internet-start-up, so all he does is hang out at the house pretty much doing nothing. Hell, they both do nothing, but it's funny seeing them try to look important. They have a social group of friends comprised of Lily (Zoe Lister-Jones), who fancies herself a romantic, Roxanne (Rhea Seehorn), who is recently divorced and an alcoholic, Mark (Dan O'Brien), is the player of the group, and Neal (Maulik Pancholy), who is engaged to lily, and is known as the Renaissance Man of the group.

That's the core of the group - it's Whitney and Co., basically. We're flies on the walls of their lives. As a couple, Whitney and Alex are great and I really enjoyed the way they played off of each other. What they go through and feel comes of in a sincere and not self-serving way. You'd think that they were really a couple in real-life. Adding the cherry on top are their friends. Lily is engaged to Neal, who has him pussy whipped, but Roxanne is my girl. She's the recent divorcee who drinks like a fish and sleeps with random guys. I'll drink to that. My wingman would be Mark, because he's hysterically funny and knows the wingman rules and would never cock block.

There is a trade off on the show as some of the episodes; especially the early ones, focus mainly on Whitney and Alex, while the latter ones may involve the rest of the gang. This goes back and forth a bit. My favorite episode is the 'pilot' one and then the flashback episode to 2008 that shows you how Whitney and Alex met. Whitney's hair bangs are hilarious!

Oh, and to add an additional cherry on top (two cherries) guest stars frequent the show. We get people like John Cleese, Kathy Griffin, Chelsea Handler, Eve (the singer) playing some off the wall characters, with Jane Kaczmarek (Malcolm in the Middle) and Peter Gallagher (The OC, Shallow Grave) play Whitney's dysfunctional divorced parents. They both shine in these roles.

Personally, I don't know too much about Whitney Cummings, only that she's been on Chelsea Handler's show, Punk'd, etc. I've never seen her stand up comedy shows, but do remember her from her stints on VHI's Best Week Ever. I found Whitney to be hilarious at times, but it's the gelling of her friends, her boyfriend, and her own character that make the show very likable. Some may cringe at her voice, but that's just due to her being loud and happy. Okay, sarcastic and witty too. She's also fairly attractive, as are Lily and Roxanne. The show has plenty of qualities that both male and females can appreciate. It's a good thing the show is funny, too. Scope it out!

Whitney: Season One is now available on DVD.

Getting To Know You 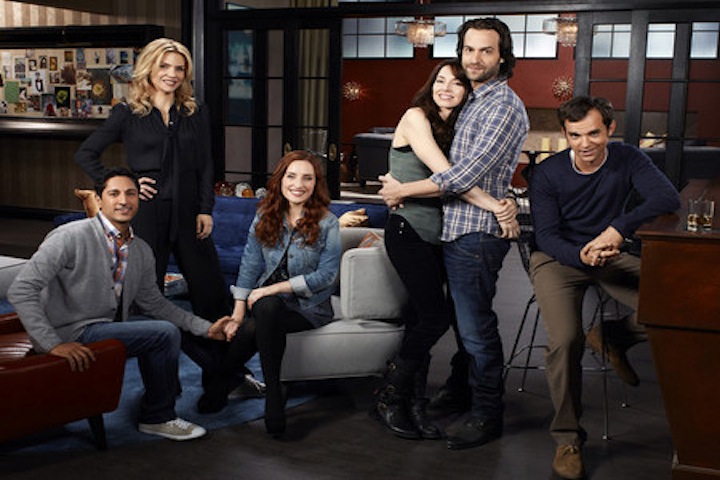 Whitney: Season One is presented in 1.78:1, widescreen. This is your standard DVD presentation and as far as all things go it is a pretty solid transfer. Whitney and crew tend to wear some colorful and garish outfits every once in a while and the transfer handles these curve balls fairly. Color is king here. Edge enhancement is there, but once you settle in it's not a nuisance or anything. Detail is also spot-on, but banding will be noticeable, as well. This is still a DVD, so take it all with a grain of salt. Whitney: Season One looks pretty damn good. 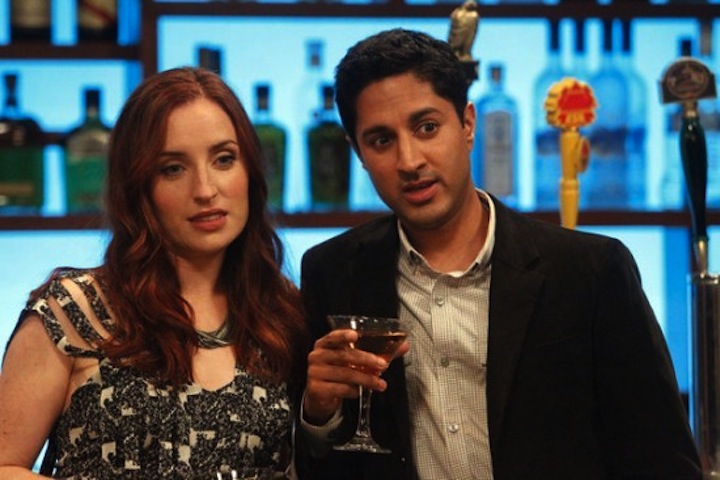 Whitney: Season One is presented in Dolby Digital 5.1 @448 kbps. Yes, you read right. Even Supernatural: The Complete Seventh Season, which I just reviewed, didn't get that high of a bit-rate like this comedy show did. As you would expect, Whitney sounds great for a DVD. Dialogue is front and centered, and you will NEVER have a problem hearing Whitney Cummings speak, because she's a loud one. Not annoying loud (depends on who you ask), but the dialogue is crystal clear. Even the rear channels get a subtle workout during scenes that do not take place inside the apartment. This is an extremely above average soundtrack and most will be pleased. 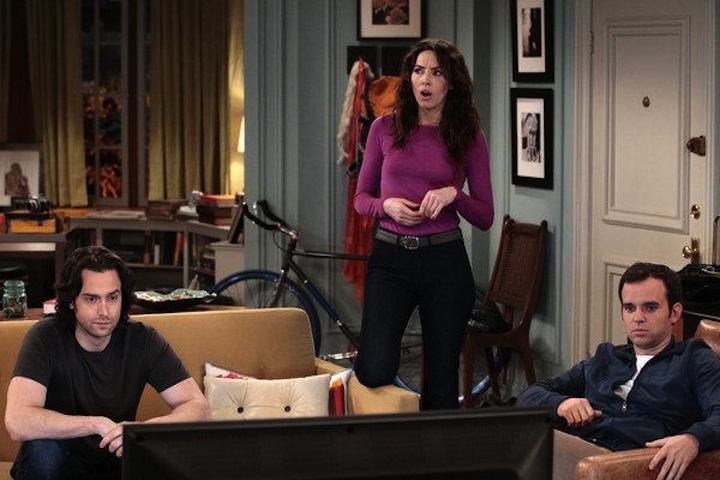 Whitney: Season One gets a smattering of extras, which are spread out on the three discs. The first two discs contain deleted scenes, and the third disc has deleted scenes, audio commentaries on selected episodes, and a gag reel. It's okay. I would have preferred a making of or interviews, because Whitney Cummings is pretty popular in Hollywood now. 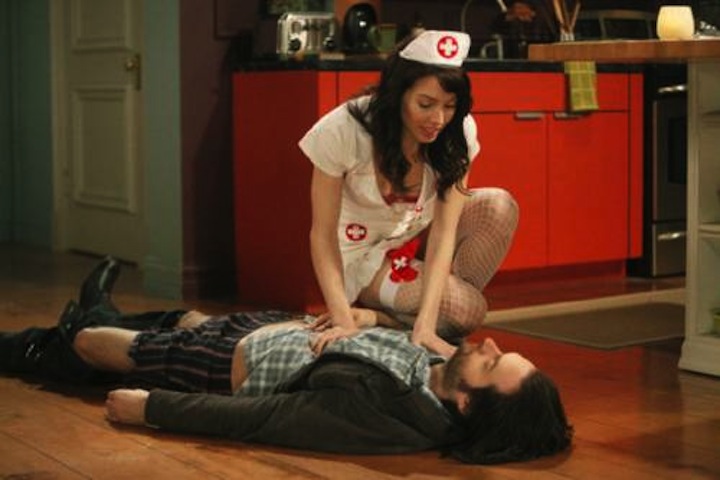 Whitney: Season One was a pretty funny show. I had a good time with it and never found it annoying or grating. The cast was all likable enough and I hope season 2, which has been delayed a bit, keeps up the quality. Enjoy.