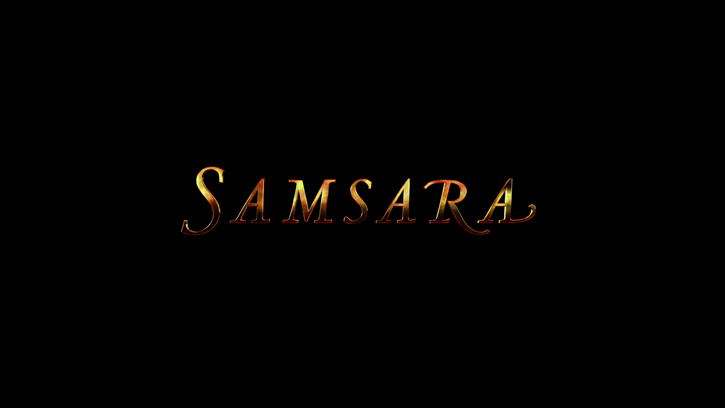 Samsara is a difficult film to try and describe. It's not a traditional film in any sense of the word. It's a modern day silent film in that it uses music and images to tell its story to an audience and that's only one element of the film to consider. There is no voice over. There is no one there to be interviewed or to elaborate or to discuss the imagery. There is simply the film, the imagery, the emotion, and the experience. The film is part documentary and part meditative exploration from filmmaker Ron Fricke (Baraka).

The film was shot all over the word. The filmmakers went all around the world to document a variety of performers, subjects, landscapes, places, and other aspects of our world. They went and filmed in Brazil, China, Ethiopia, India, Indonesia, Italy, Japan, Namibia, the Philippines, Thailand, Africa, Denmark, Egypt, France, Ghana, Israel, Saudi Arabia, South Korea, Turkey, and the United States. They likely filmed in other countries too. It's a long list of places they went to and filmed and explored. It's something that is hard to even wrap your head around. These were dedicated filmmakers, documentarians, and explorers charting out to make their journey and story be told. 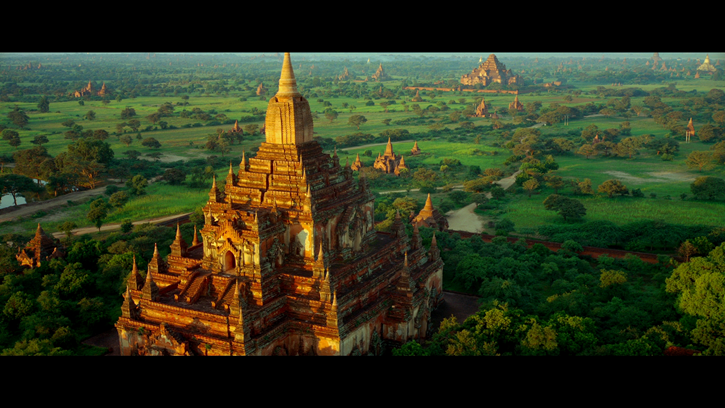 The thing about this film is that it is literally unlike any other documentary that I can think of. Perhaps Baraka is the closest comparison, as it's also a story that is told through imagery. The difference (according to director Ron Fricke) is that Baraka was concerned with the beauty of our planet and Samsara is concerned with showing us both the beauty and the terror of human nature on our planet and how the two can interconnect. Samsara translates to several different things depending upon the language used but the concept suggests a world that revolves in the cycle of life, death, and rebirth. It also suggests a journey.

This film is a journey and it is an exploration of life, death, and rebirth. I suppose that makes it an accurate title for the film. This film will take you on a journey unlike anything else before it, and that certainly makes it stand out as a unique cinematic experience. It is a journey across the world and into a deeper mediation and exploration on human existence on this planet. 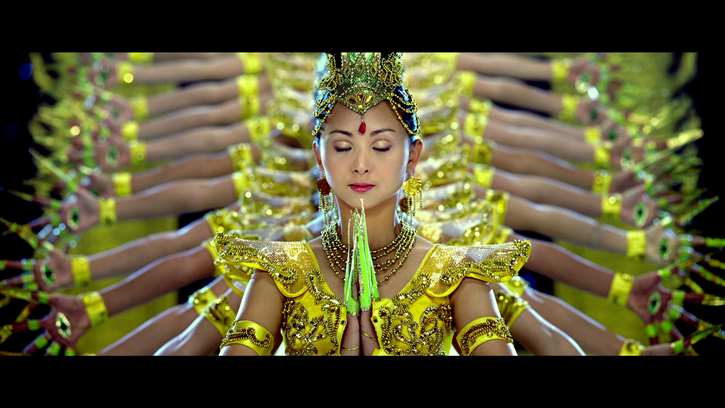 The element exploring life, death, and rebirth is a bit trickier to try and convey in a straight line of thought and expression. The film shows us in its unique visual style the way in which human nature has a tendency to create (or give birth), to destroy (or die), and start over again (or move beyond). The filmmakers of Samsara have created something unique here. This is philosophical, introspective, and meditative filmmaking all at the same time.

Samsara is one of the most brilliantly executed works of art in photography that I've ever seen and that is certainly an accomplishment that should be recognized. Unquestionably, I consider this to be a great work of art and a monumental achievement in filmmaking and photography. Yet I wonder about the message of the movie and some of the intent of the filmmakers. 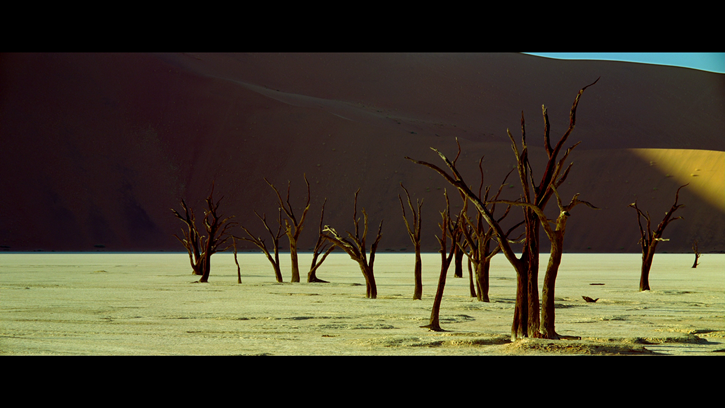 It also shows us some of the most disturbing images in the history of film. It makes it difficult to comprehend the PG-13 rating (something which should be considered by most parents) as this is certainly a film that should be viewed by a more mature audience. There's imagery of a machine designed to suck up living chicken, cut off their heads, shave them, and put them into a hanging line for food manufacturing. 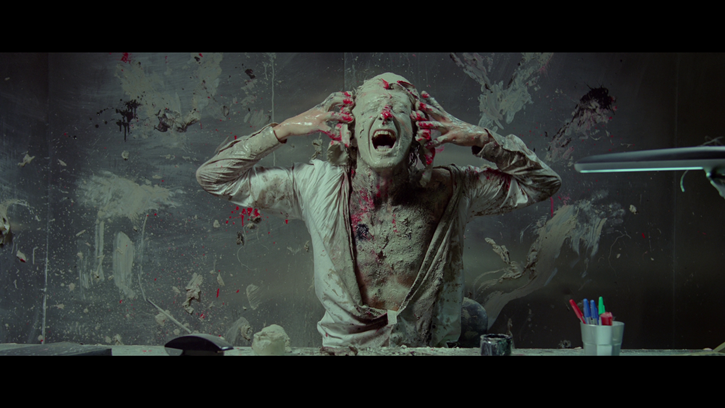 There is imagery of pigs as long and big as ten feet that must have been fed something to make them grow so large, so that they can have ten or more young pigs feeding on them before being processed by a large mechanical machine that slaughters them, processes them, and hangs their carcasses while employees begins to use a variety of processes to make the bacon sold in stores. This is not touching on every element of the disturbing imagery. It is too much. I wish the film hadn't been so explicit and I certainly did not expect for the filmmakers to include this graphic imagery in the documentary.

The film, as I said, also shows some of the most beautiful images. It shows us people embracing. It shows us the natural beauty of many landscapes around the world. The film contains both the beauty and darkness of our world.  It shows dancers capable of some of the most artistic forms found in dance. It shows us sped-up life in a way that in both fascinating and mesmerizing. It amazes me by how much wonder there is in this film too and in seeing things like beautifully created church cathedrals and mass worship as people pray. 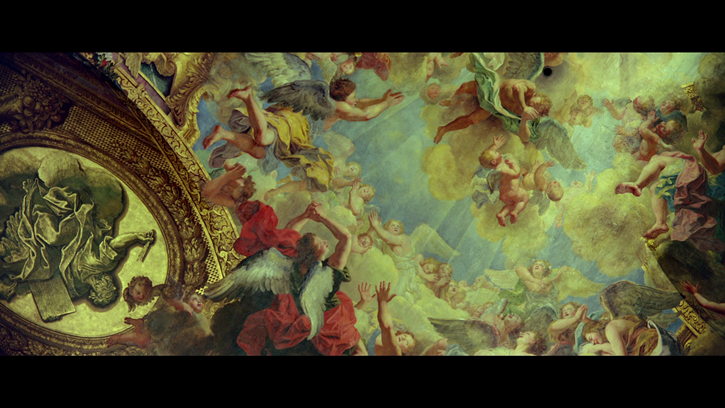 I think Ron Fricke means to show us how much beauty there is in the world and how our own modernization of society and our shift towards "perfecting" our everyday lives has led us into losing sight of the good things in our world. Samsara seems to be a warning to us all that our world could collapse, die, and have to start over if we aren't careful: that our entire world's outcome may have to face rebirth if we continue to destroy our planet and the human race.

This seems to be a highly pessimistic outlook on humanity. I don't find it comforting that a filmmaker as capable as Ron Fricke would seem to go to such great lengths to make a film seemingly suggesting that humanity as a whole could face a downfall and the earth would essentially need to start over again. Of course, this is my own interpretation of Samsara. I imagine some viewers will have a different reaction. 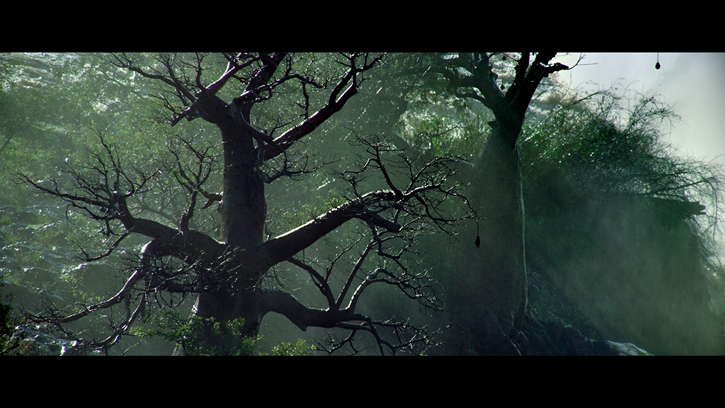 I found the film to be brilliantly executed but it left me feeling cold. I would much rather try to feel optimistic about our world even though I know that there are several points made by Ron Fricke's film (even without words) that are nothing more than reflections of our own global culture and societal processes. Roger Ebert found it to be "an uplifting experience" (as said directly on the box art). I found it to be disheartening, at least to an extent.

Perhaps that was part of the point. 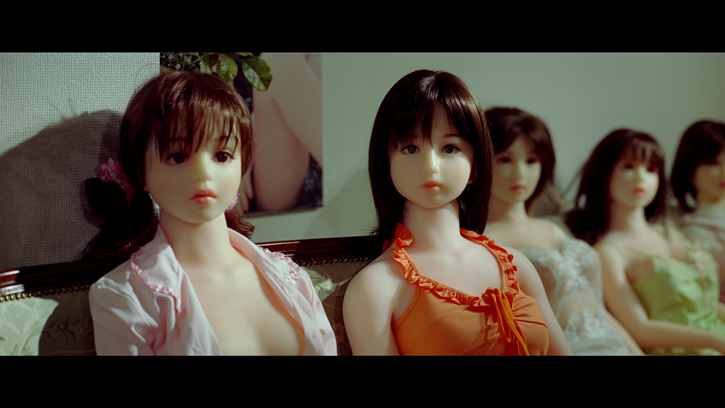 Samsara is one of the most visually stunning films I have ever seen. This Blu-ray presentation is one of the best presentations I have ever seen. The imagery is crisp, clean, and near perfection: it literally stuns at every turn. The photography and cinematography and filmmaking techniques in making Samsara have allowed for this to be an absolutely demo-worthy disc with vibrant colors and remarkable clarity. The film was filmed and edited using 8K UltraDigital HD and was even shown in select theaters with 70mm film prints. This Blu-ray preserves that exquisite quality in presentation and in the theatrical aspect ratio of 2.39:1 widescreen.

The 7.1 DTS-HD Master Audio presentation is an almost equal match in high quality. This is an almost entirely "silent" film in that there is no narration or interviews or any spoken dialogue to be found throughout the entire film. However, Samsara relies heavily upon music to tell a story. The mood and atmosphere of the film is reliant upon the score composed by Michael Stearns, Lisa Gerrard, and Marcello De Francisci. The clarity and depth is astonishing and adds to a dreamlike trance that the film creates in the presentation. 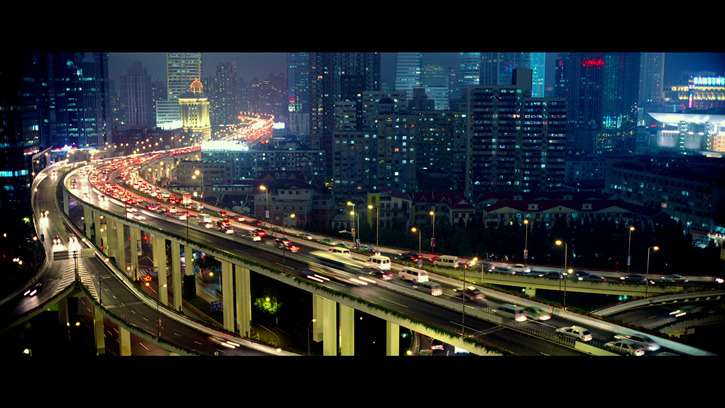 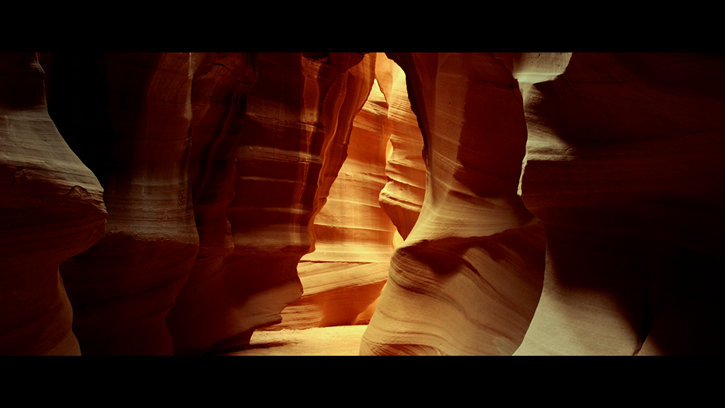 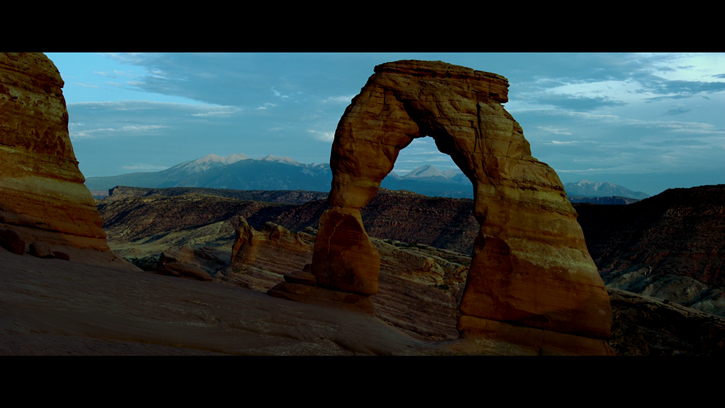 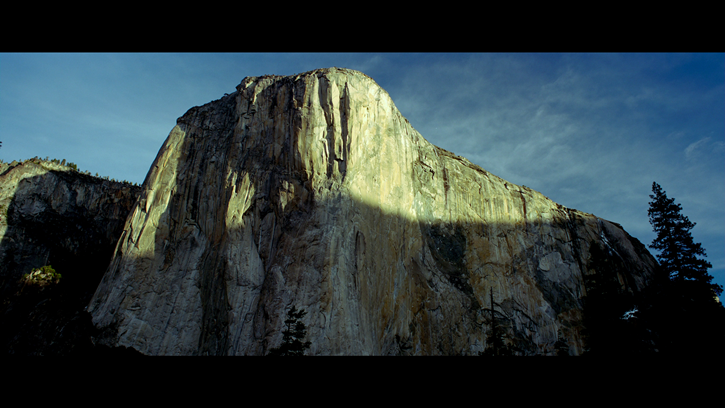 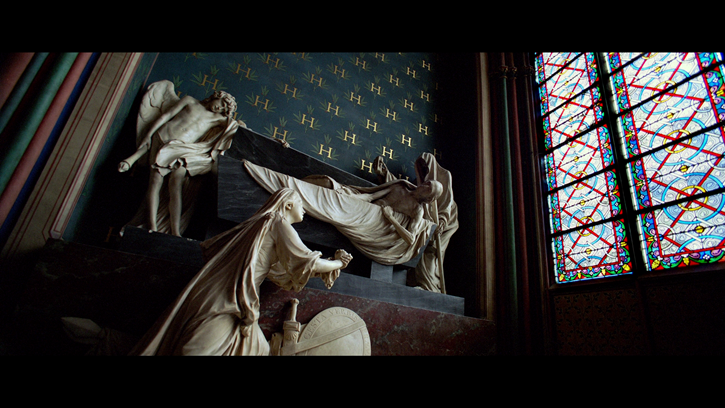 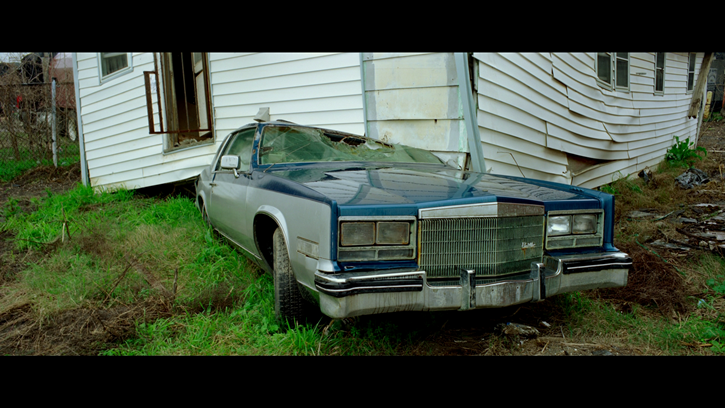 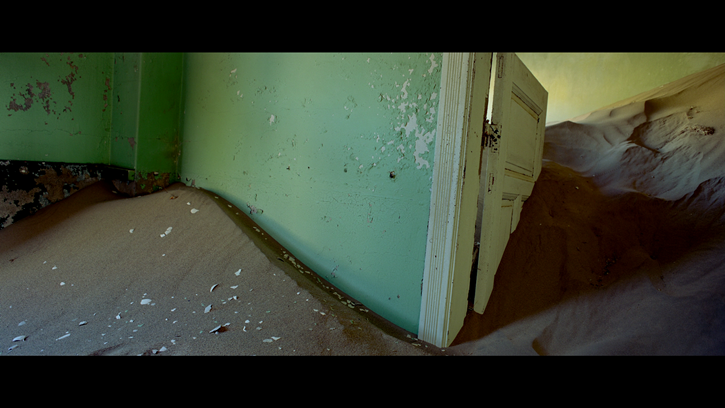 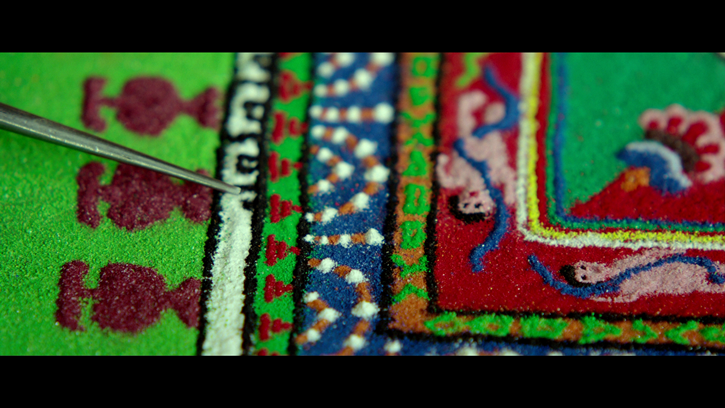 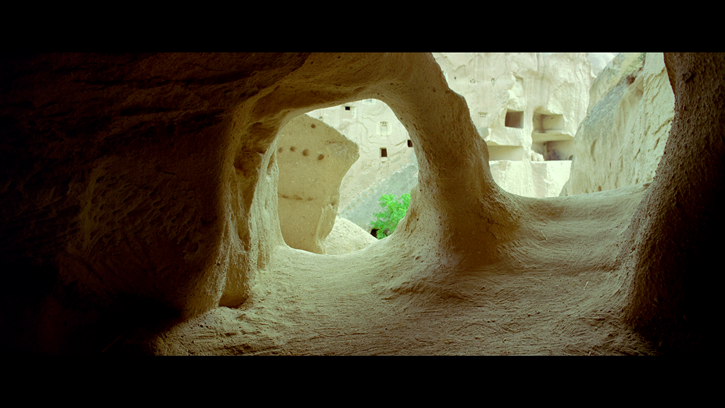 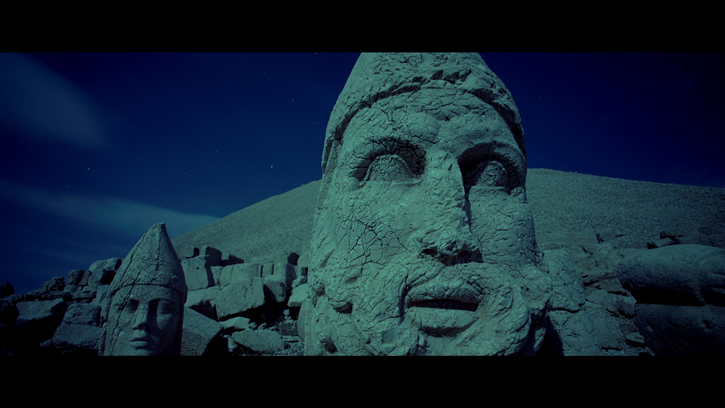 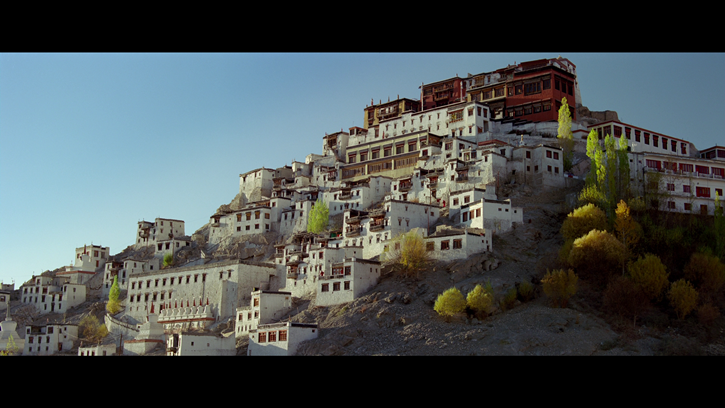 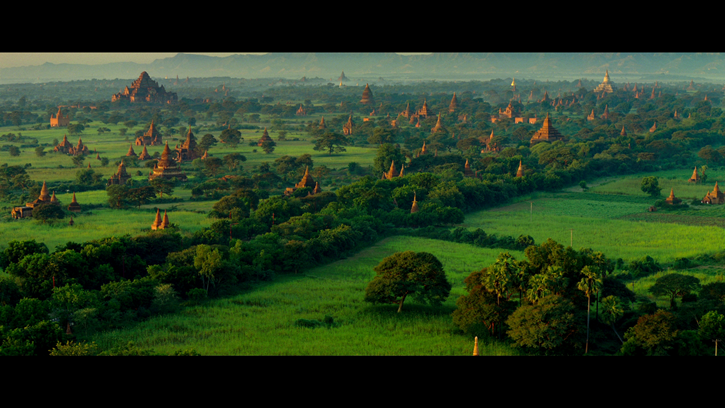 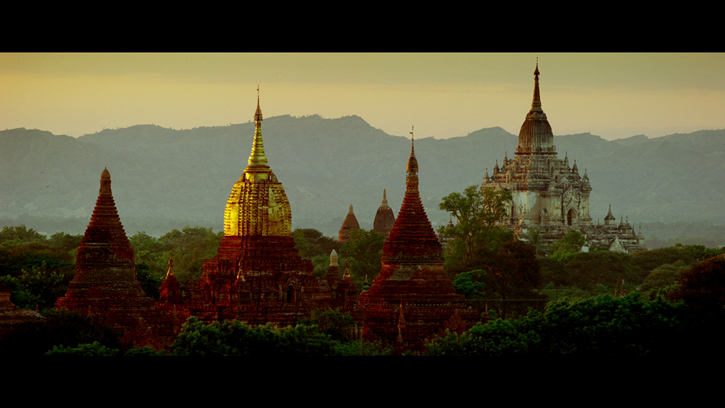 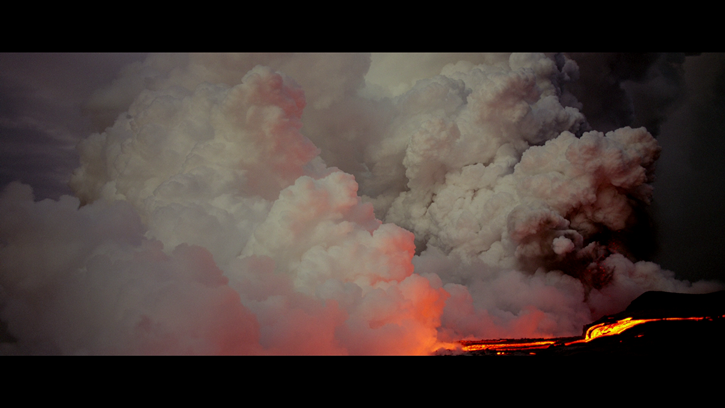 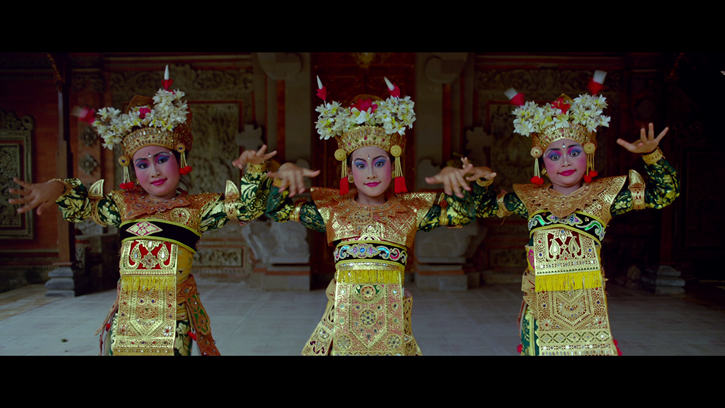 The supplements include a detailed and involving Behind the Scenes section that includes several featurettes covering various aspects of the film:  The Concept, The Production, The Editing, The Musical Journey, The Technical Approach, and The Filmmakers. This behind the scenes section contains forty-nine minutes of material (all of which is presented in High Definition). This is an in depth look at the film (if not quite as informative as some may be hoping to find). It's a good selection of material relevant to those with a greater interest in the making of Samsara, and it's covering all of the sections as noted above (and selectable separately if someone wants to see only select segments at a given time).

The disc also contains an Internet Teaser and Theatrical Trailer for Samsara. 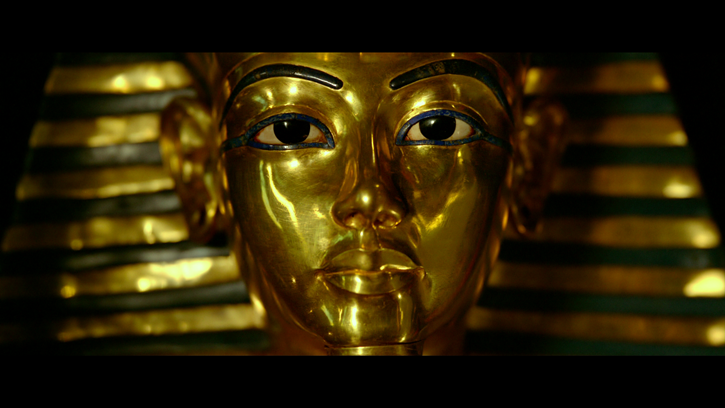 Samsara is one of the most unusual experimental documentaries I have ever seen. The director behind Baraka has crafted a film that showcases both the beautiful and disturbing. This is a contemplative, meditative, and philosophical film. It deftly blends music and image. However, I'm not sure I understand the film's message and if I do, I am unsure if I want to wholeheartedly agree with what I felt it suggests.

I found this to be a fascinating work of art but it is also something that would not lend itself to repeat viewing for myself. I know others may disagree and that some may even consider this as a demo worthy disc to share with others (the picture quality and cinematography are incredible - it's only the beginning of 2013 and I know this will go down as one of the best Blu-ray presentations of the year). Even though this is a technically brilliant film and an impeccably crafted one, I would suggest renting it first.