Adam Green and Joe Lynch, play themselves, in this brand new horror infused comedy sitcom called Holliston. Holliston takes its name from the city of Holliston, Massachusetts, where Adam and Joe are from. They're aspiring filmmakers who work at the local cable station and shoot lousy commercials for their sexually ambiguous boss, Lance Rockett (Dee Snider). Adam and Joe also live together. Joe has an attractive but morbid girlfriend named Laura (Laura Ortiz), Adam is single but is trying to get back together with his ex-girlfriend Corri (Corri English). For now they're just awkward friends.

Adam also has a partner in crime: Oderus Urungus (Dave Brockie) of GWAR fame. How cool is to have freakin' Oderus Urungus as your conscience? That's pretty rad! The season is composed of only 6-episodes, but feature cameos galore. You'll see horror industry veterans like Tony Todd, Kane Hodder, Seth Green, Ray Wise, Derek Mears, John Landis, and many more make appearances. Not only do they make appearances as themselves, but also some get to play characters as opposed to themselves, if that makes sense.

Going into the show I was a bit apprehensive, because I've only seen a small portion of Adam Green's body of work (Hatchet, Hatchet II, and Frozen), so I really didn't know what to expect in terms of going full blast into a comedy sitcom. Even some word of mouth from some people said that the show wasn't that great either. Well, I'm glad that I stuck to my guns and barreled through the entire season in one sitting (I'm cool like that), because lame laugh track aside, the show was fun as all hell!

I love that Holliston is so self-aware that you can't help but smile at all of it. Every single character knows what they're all about and embrace it. Adam and Joe are especially likable chaps that when it doesn't go their way you feel sorry for them. The countless nods to the horror movie world also help its cause. For nerds like me, that's a big plus, because I identify with the characters and can usually spot their many jabs at film pop-culture.

The supporting cast like Laura Ortiz and Corri English also hold their own and aren't written as exploitative type characters. Laura is an artist and Corri is a nurse who aspires to be a country singer. Sure, the situations are sometimes ridiculous, but they are not one-dimensional characters at all. By far my favorite character would have to be Dee Snider as the sexually ambiguous 80's coverband lead-singer Lance Rockett. He's always throwing innuendos at Adam and Joe, and those interactions are hysterical, because it's Dee FUCKING Snider! It's cool that Dee can make fun of himself while making fun of others. He gets it, and so does everyone else. That's why the show works.

Holliston: The Complete First Season ran for just 6-episodes, but more are on the way, as the second season just finished filming. It will resume sometime in 2013. Everyone will be back to cave your face in with laughs, crude humor, and rock and roll!

Holliston: The Complete First Season is now available on Blu-ray and DVD. 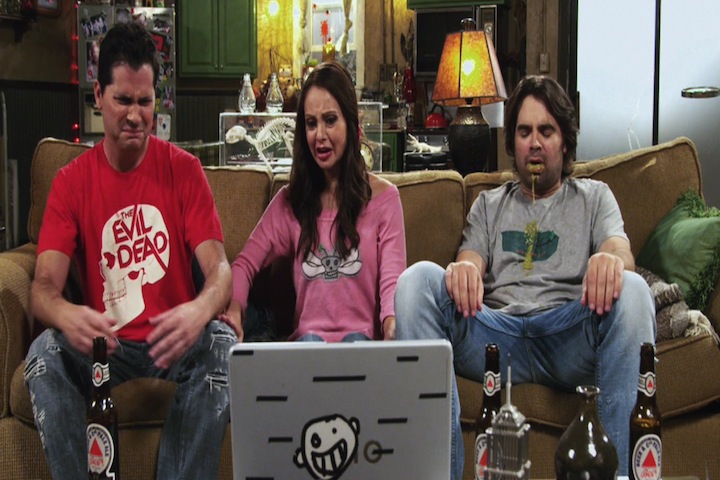 Holliston: The Complete First Season is presented in 1080p, 1.78:1 widescreen. The show was obviously shot in high definition to begin with, so why wouldn't look good, right? Yes and no. The bad is that during obvious scenes of green screen, mainly during Adam and Joe's commercials and backdrops during their horror show, the banding issues are a bit out of hand. When the show switches back to real life or in their apartment, everything looks great. Interiors are the best of all. Flesh tones are also spot-on, and the juicy blood and gore drip with life (oxymoron) when they're displayed in Adam's fantasies (or hallucinations). You can taste the grit. 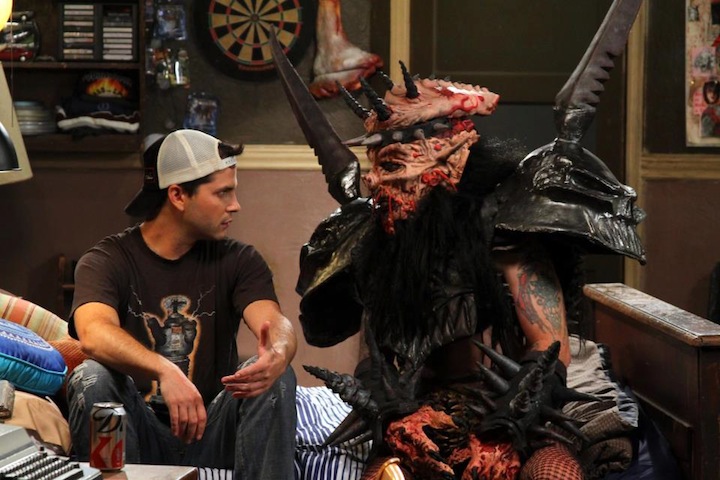 Holliston: The Complete First Season is presented in DTS-HD MA 5.1. This is a full lossless track and it takes advantage of the music and horror subject matter on display. From the catchy opening to Dee Snider's infectious rock 'n roll shout outs, you will feel all of its sonic bombastic highs and lows. Even the LFE channel gets a work out and that's ultra rare when it comes to sitcom television shows on Blu-ray. In fact, Holliston is one of best sounding sitcoms on the Blu-ray format, in my opinion. 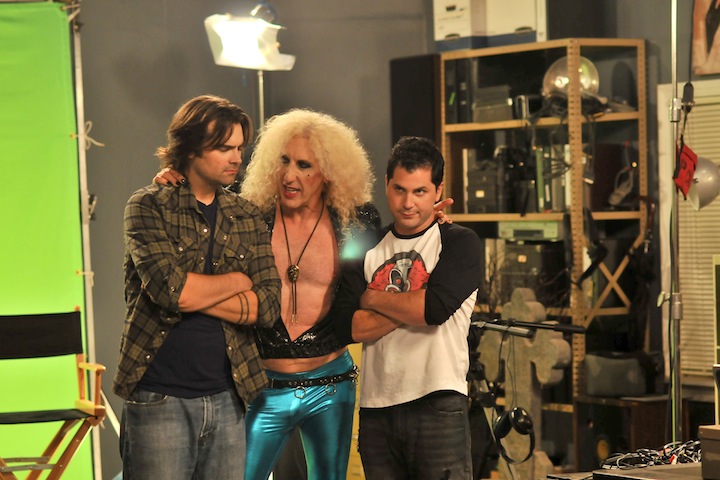 You know Adam Green and Joe Lynch are DVD and Blu-ray fanatics having done many audio commentaries for many movies that weren't even their own just for the sake and love of other material that they bring their enthusiasm over to this first season of Holliston madness. Included on this Blu-ray are: audio commentaries by the cast on every single episode, bloopers, delete scenes, behind the scenes featurettes, and more. Not bad for such a short season of material. 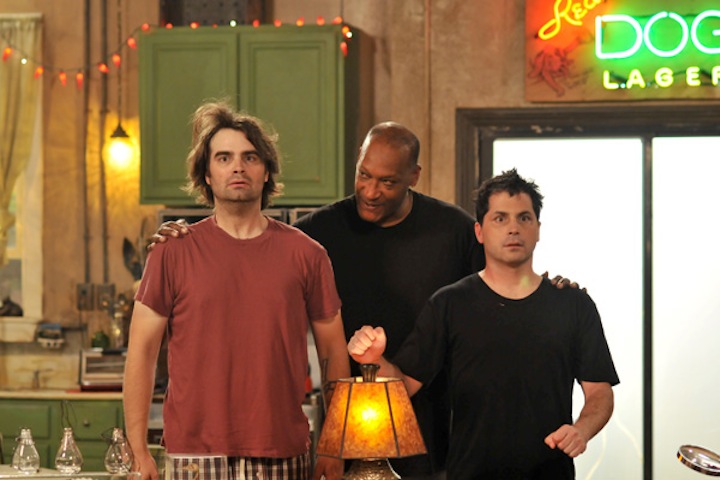 Holliston: The Complete First Season is lots of fun, the Blu-ray looked and sounded great, and the special features were more than adequate. The show has been picked up for a second season, which will contain more than 6-episodes - premiering in 2013. I guess I'll be back with that review sometime next year. You should give it a rental, but for fans of Green and Lynch, then you know this is an automatic buy, right? Right! To quote Adam Green: "Whaaaaaaaaat?!"