The story of Legendary Amazons is fairly straightforward, I believe. All of the men of the Yang Clan are killed in battle and their women, from the youngest to the oldest, must take up arms and seek revenge against the armies that killed their men. It's also got a political edge, because they must also seek vengeance against the official who let it happen. Ya gotta love political meddling.

The prior synopsis is also a subdivision of the main plot, which has the warrior Zongbao (Richie Chen) being struck down in battle, word reaching his wife and clan, and their 18 year old son, Wenguang (Xiao Ming Yu) taking up the role of leader. He must now lead the women into battle, and does so with his mother in tow, Mu Guiying (Cecilia Cheung). Guiying was Zongbao's wife, so she's definitely in for some bloodletting on the battlefield. Make no mistake - Wenguang really isn't leading anyone anywhere. The Sister Yang Clan (say that twice really fast) is going to lead him.

Please don't let their 'frail' and 'delicate' appearances fool you. These women will make mince meat out of you. How do I know this? Well, as soon as the film starts we get an introduction to all of the 'sisters' of the Yang Clan as they practice and hone their weapons and martial arts abilities. It's a very cool montage of sorts and really gets the blood pumping as these warrior women are anything but delicate flowers.

I was pretty excited to get the chance to review the Blu-ray for Legendary Amazons, - I think I had even started a thread on the DVD Talk forum hyping the trailer, because honestly, I thought it looked pretty freakin' cool! After watching the film and taking in the final product, my expectations were met for the most part. You can call me a sucker for beautiful, strong women, who can kick major ass, I guess.

Legendary Amazons isn't a perfect film by any means. The fights, while being impressive, rely a lot on wirework and are sped up a bit. I don't mind this, because the fights are pretty impressive regardless of the help that they receive on the technical side of things. There are various instances of CGI, which can get a bit distracting, so be warned of that. It didn't take me out of the film, but I can see that there may not have been that much money set-aside for computer generated imagery here. The songs used in the film do give it a melodramatic feel to them that made me chuckle a bit, but was no big deal. The score was much better. Make-up, production design, and costume design are all top notch, though.

There are some pretty cool kills and my favorite of the characters was the female that wields the two-fisted baton attack. Honestly, I don't know exactly what those things are called, but I posted a picture of her and the weapons she uses in one of the screen caps for this review. She was awesome along with Cecilia Cheung.

Legendary Amazons is a remake of The Shaw Brothers' film The 14 Amazons, which was released in 1972. I've never seen it myself, but I doubt it's as intense as Legendary Amazons is. Legendary Amazons is played straight all the way through. I should also mention that Jackie Chan (yes, that Jackie Chan) served as producer, with Frankie Chan (no relation) directing. If you're at all curious I would suggest checking this one out. It's one of the better Asian films to come out in recent weeks and way better than White Vengeance, which was the last Asian film I reviewed. Do it. Stay for the end credits, which feature stunts and what not going bad.

Legendary Amazons will be available on Blu-ray and DVD October 16th. 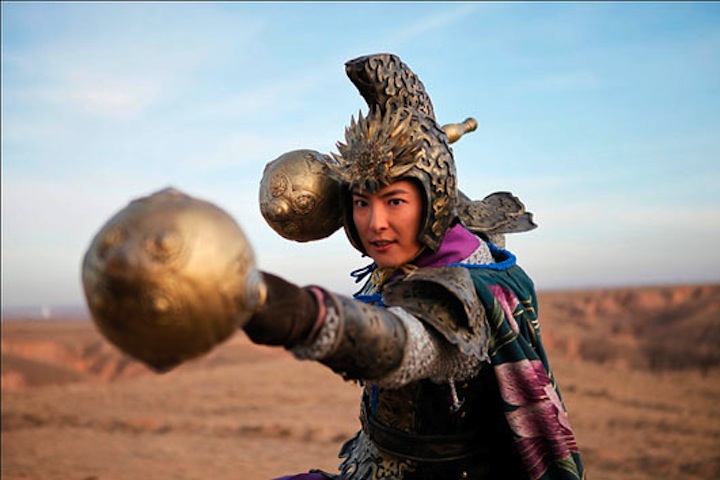 Legendary Amazons is presented in 1080p, 2.35:1 widescreen. Legendary Amazons will never get a complaint out of me for looking this good, actresses aside, but the Blu-ray certainly doesn't scrape the low end of exaggerated palettes, that's for sure. Colors are bold and beautiful, with a slight sheet of grain that carries throughout the film. Contrast levels never run hot, and edge enhancement is kept in check. Softness can be found in many of the scenes that feature CGI and aliasing can also be spotted in scenes that are obviously in front of a green screen. Detail, especially on all of the characters face is also spot-on. Aliasing and softness aside, Legendary Amazons looks good on Blu-ray. 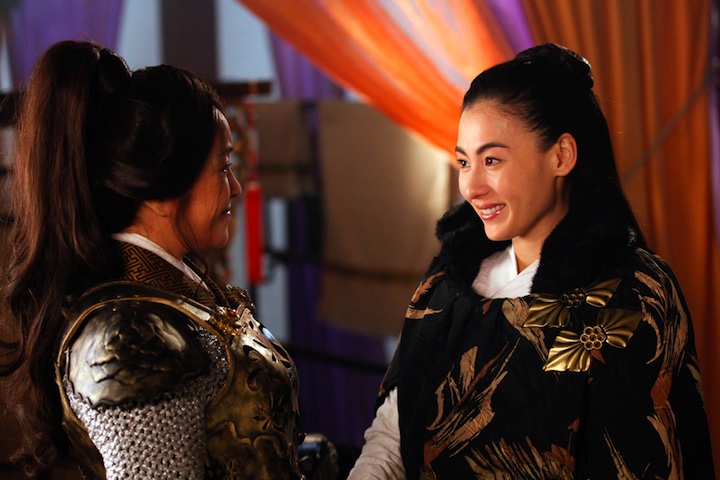 Legendary Amazons is presented in Mandarin DTS-HD MA 5.1, with English subtitles. There's an English dubbed version, but I don't do dubbed versions. Dialogue is razor sharp on this release it's not even worth dissecting. It cuts down like one of those swords in the film. Battlefield effects received the proper treatment in the sound mix; rear surrounds also handle the action and ambient effects rather nicely. The LFE channel also gets a proper workout when handling large boulders that break down defense walls and what not. There are also several scenes that incorporate music and songs, which are also handled really well by the mix. 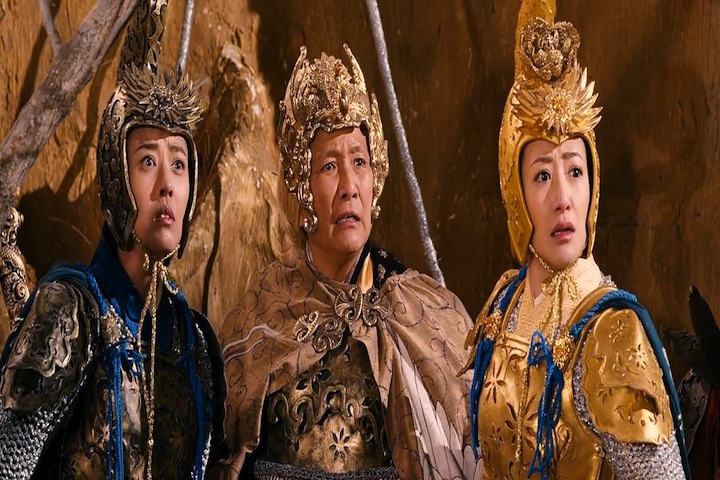 Legendary Amazons has only two supplements included on the Blu-ray. We have a behind-the-scenes look at the making of the film, with some interviews thrown in. The featurette is pretty much B-roll material, but runs for about an hour. The very awesome trailer is also included. Still, for something like this, they could have included more especially since it's being adapted from previously published material like the Shaw Bros. original. A nice 'history lesson' would have been in order. 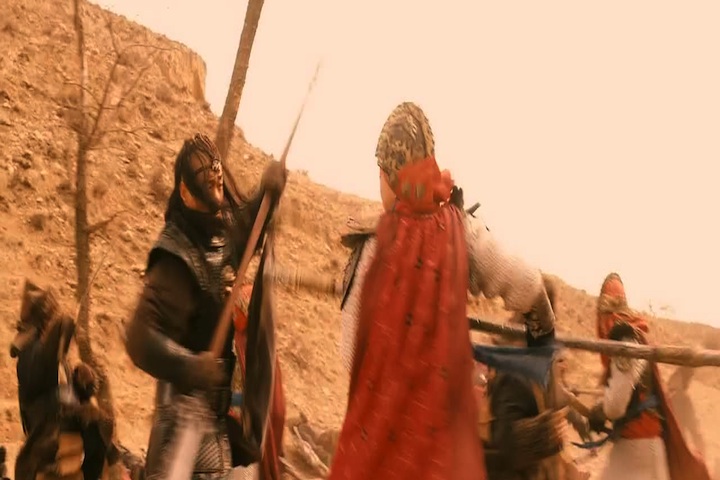 Dynamic fights, lush settings, beautiful female warriors kicking some serious ass, and awesome video and audio specifications, what more could we ask for? More special features would have been nice. A tad less on the melodrama would have also done the overall product some good along with some CGI improvements. That may put some off, but I'd say that they should put that notion aside and give Legendary Amazons a look, because there's some good stuff to be found here.