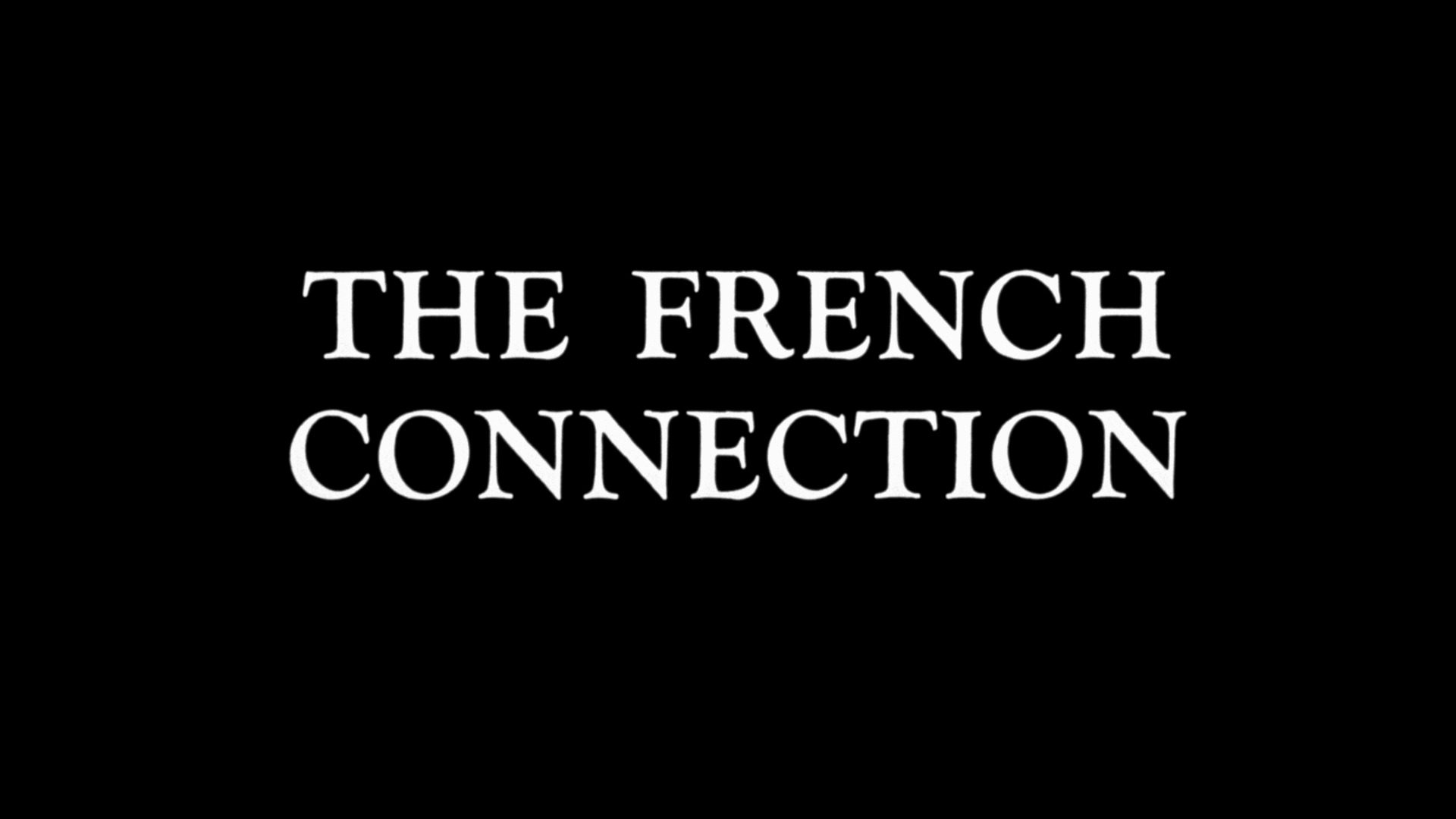 William Friedkin's gritty 1971 crime thriller The French Connection continues to entertain with its dense, fast-moving narrative and livewire performance by Gene Hackman as a reckless New York City detective. Audiences know The French Connection's famous car chase, during which Hackman chases an elevated train in a Pontiac LeMans, and the story of international heroin smuggling feels dangerous and exciting. The French Connection shocked audiences with unexpected violence and realistic police work upon its release, and the film remains one of the best cop dramas ever produced. 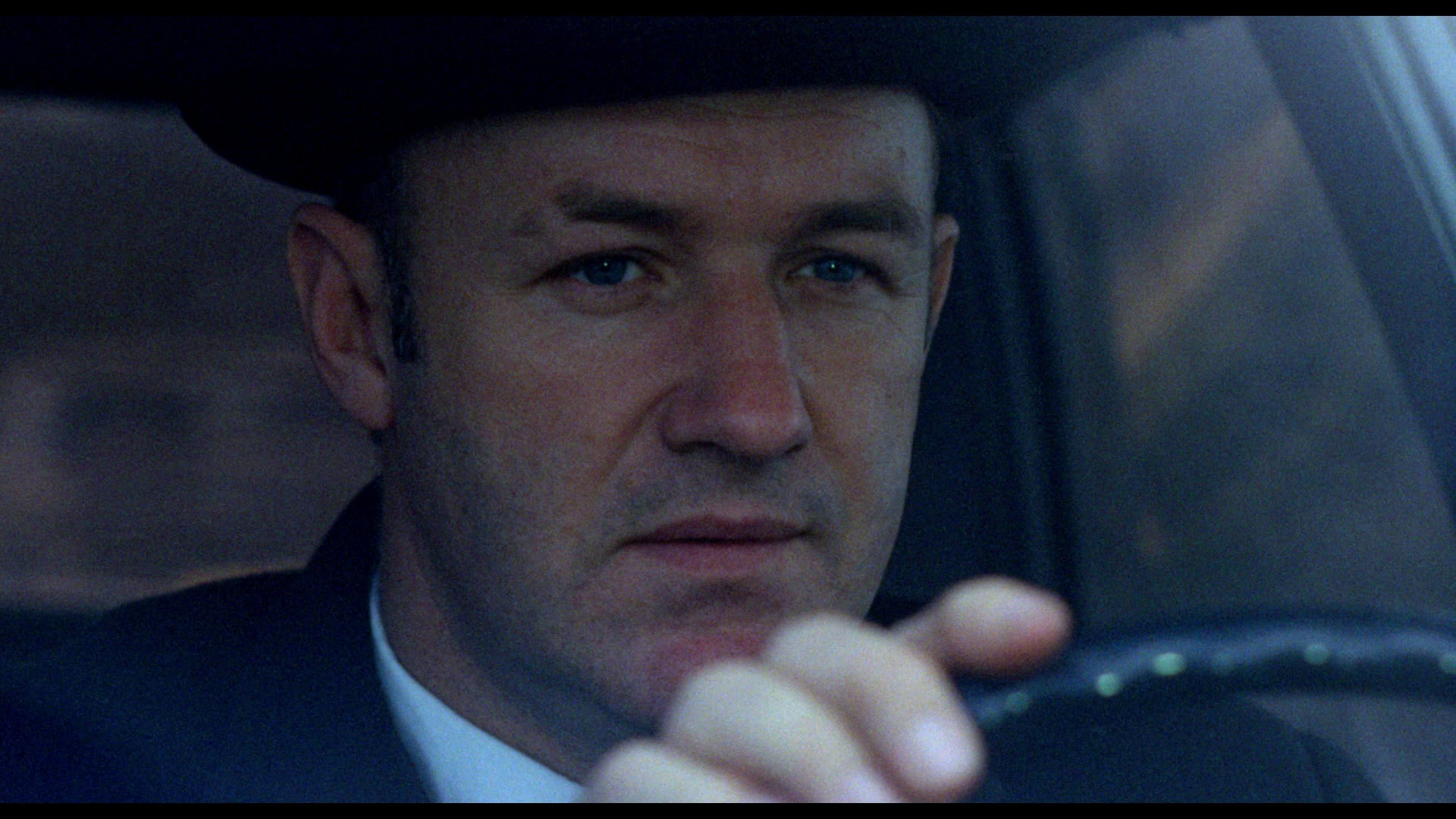 The French Connection won the Academy Award for Best Picture in 1972, and screenwriter Ernest Tidyman expertly adapted pieces of Robin Moore's nonfiction book about New York City cops into this fictional story. Hackman plays James "Popeye" Doyle, a detective unafraid to bust a few skulls to get what he wants. Doyle and his partner, Buddy "Cloudy" Russo (Roy Scheider), learn that low-level con Sal Boca (Tony Lo Bianco) is hanging around gangsters known to smuggle narcotics. Doyle's informers tell him a big heroin shipment will reach New York's harbor within the week, and the detectives stake out Boca's movements with the help of federal agent Bill Mulderig (Bill Hickman), who barely hides his disdain for Doyle. The film's title is derived from shipping tycoon Alain Charnier (Spaniard Fernando Rey), who uses French actor Henri Devereaux's (Frédéric de Pasquale) celebrity to smuggle 120 pounds of heroin inside a Lincoln Continental being shipped to the states. 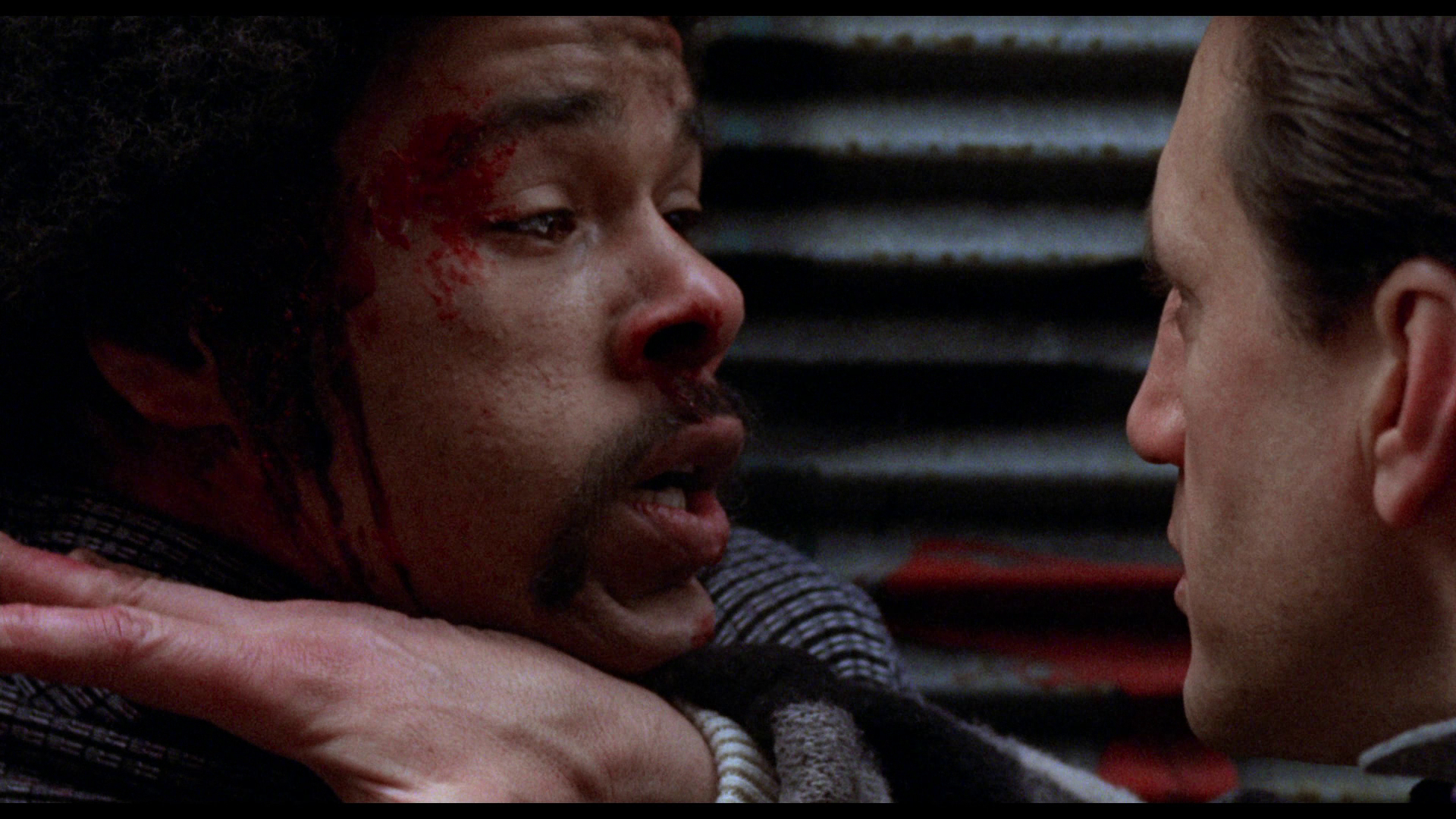 The New York streets of The French Connection are cold, dirty and filled with drug addicts and morally corrupt cops. Doyle busts a few users in a nightclub while spewing racial epithets, and little about the impulsive detective is likeable. Doyle and Russo crudely piece together information about the heroin, but innocents and criminals alike are killed during the investigation. Mulderig hates Doyle's heartless attitude, and recalls an officer who died during one of Doyle's stings. Unlike typical hero-cops of the period, Doyle never finds absolution. 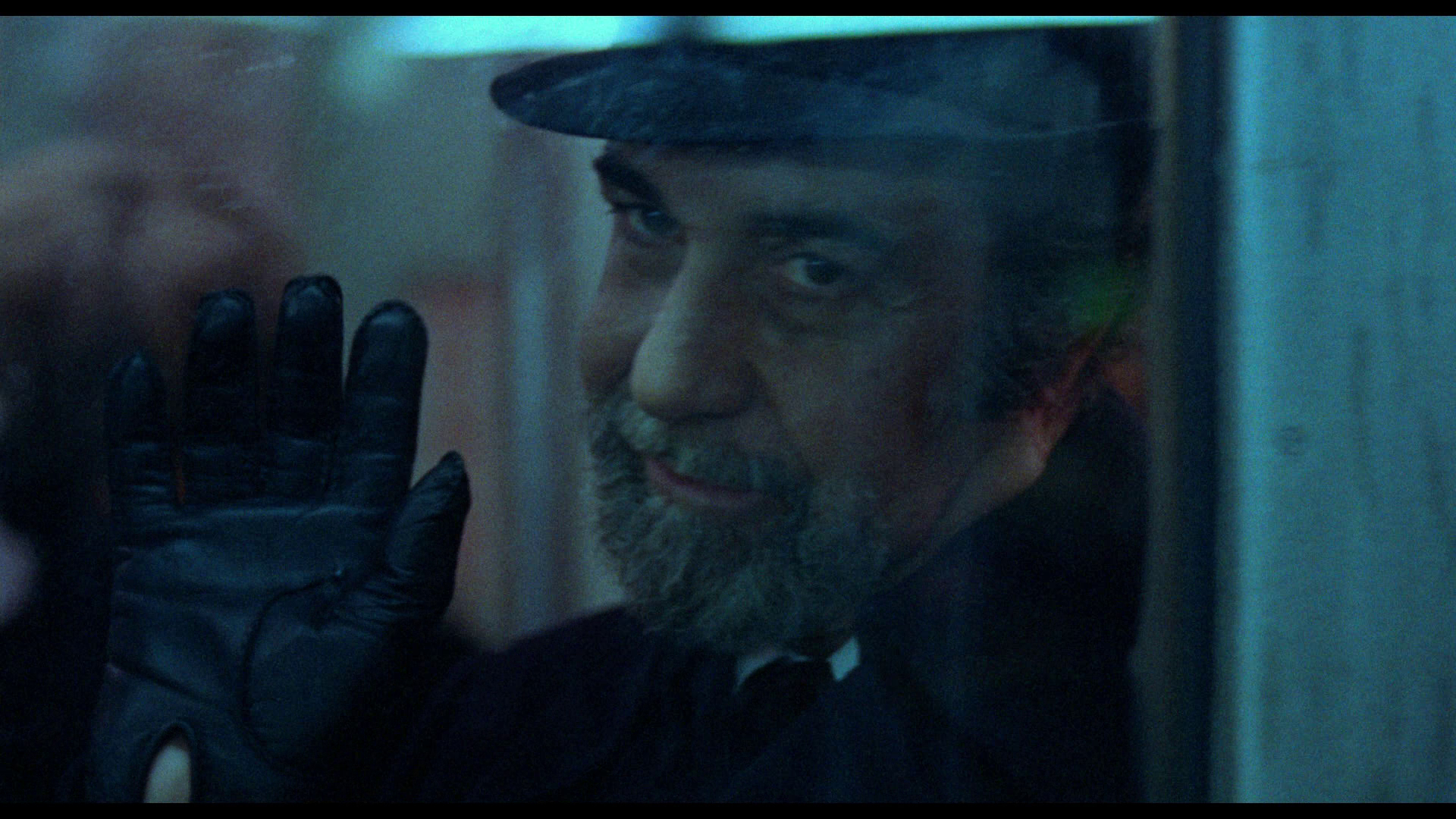 The film keeps its distance and allows the shadowy operatives to go about their business. The criminal syndicate feels more competent than the New York Police Department, which blows leads with knee-jerk investigating and questionable community relations. Doyle's madcap downtown car chase wrecks dozens of city blocks, and the train/Pontiac chase is still one of the most exciting in film. The French Connection is unique in its refusal to simplify its intricate plot, which takes some patience to crack, and lack of likeable characters. The performances are top-notch, especially Hackman, who is at his most intense, and Friedkin keeps the action cracking. The French Connection is rightly revered as one of the best modern crime thrillers. 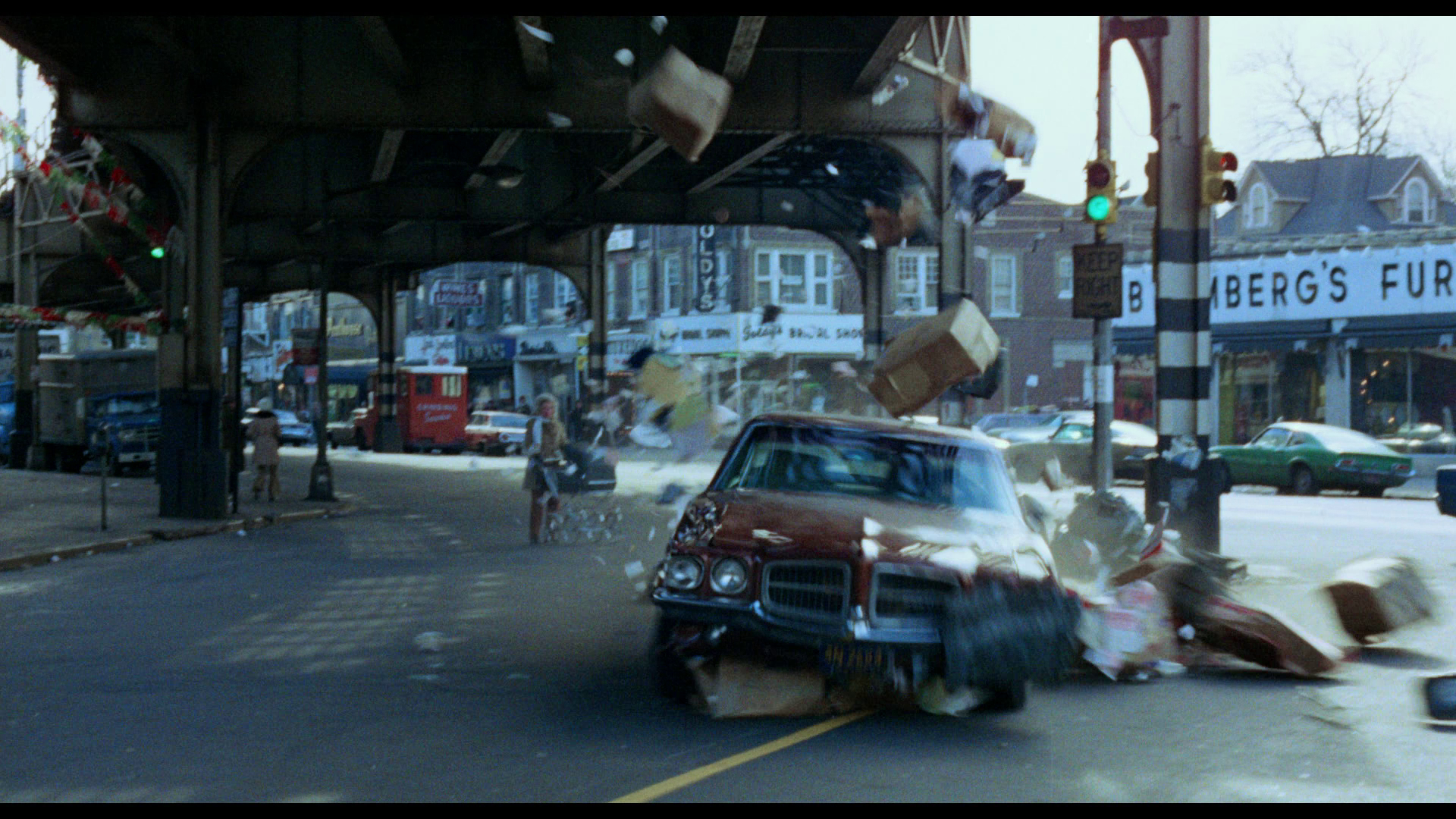 Fox released The French Connection on Blu-ray back in 2009 (reviewed here), with a transfer said to reflect Friedkin's originally intended look for the film. Unfortunately, cinematographer Owen Roizman was not consulted for that release, and the final image was heavily de-saturated, with a color scheme that leaned toward blue and grey. Friedkin said he wanted the film to have "less color," and the 2009 Blu-ray certainly is less colorful than most remember the film. This new edition, part of Fox's Filmmakers Signature Series, sports a 1.85:1/1080p/AVC-encoded transfer supervised by both Friedkin and Roizman. The results are an improvement over the 2009 Blu-ray, and the cold, uninviting pastels of the 2009 release are replaced by the warmer, bolder colors seen on other formats. Colors are actually quite striking, particularly in scenes along the French coastline, where the blue sky pops off the screen. Black levels are good, but The French Connection is a gritty film, and blacks do crush in some low-light scenes. The film is also very grainy, and, while the grain looks a bit clumpy in some shots, the Blu-ray wisely preserves a film-like appearance by foregoing digital sharpening and grain reduction. Much of the action appears quite detailed, with textured fabrics and deep backgrounds, and skin tones are natural. I noticed some banding in backgrounds and a few shaky shots, and there is still a bit of print damage toward the beginning of the film.

The 5.1 DTS-HD Master Audio soundtrack is good, but does not provide the aural experience of newer releases. The sound levels are recorded quite loudly, and the track's clarity suffers a bit in some scenes. Dialogue is generally clear, though I detected some slight hiss, and effects are usually well pronounced. The surround speakers and subwoofer are used for action effects, and ambient effects like street noise do stray backward on occasion. The effects do not sound as crisp as modern releases, but this is a good mono up-mix. The disc also includes an English Dolby Digital 2.0 Mix, the original English mono mix, and French, Spanish and Russian 5.1 Dolby Digital mixes. English SDH, Spanish, Mandarin and Russian subtitles are available. 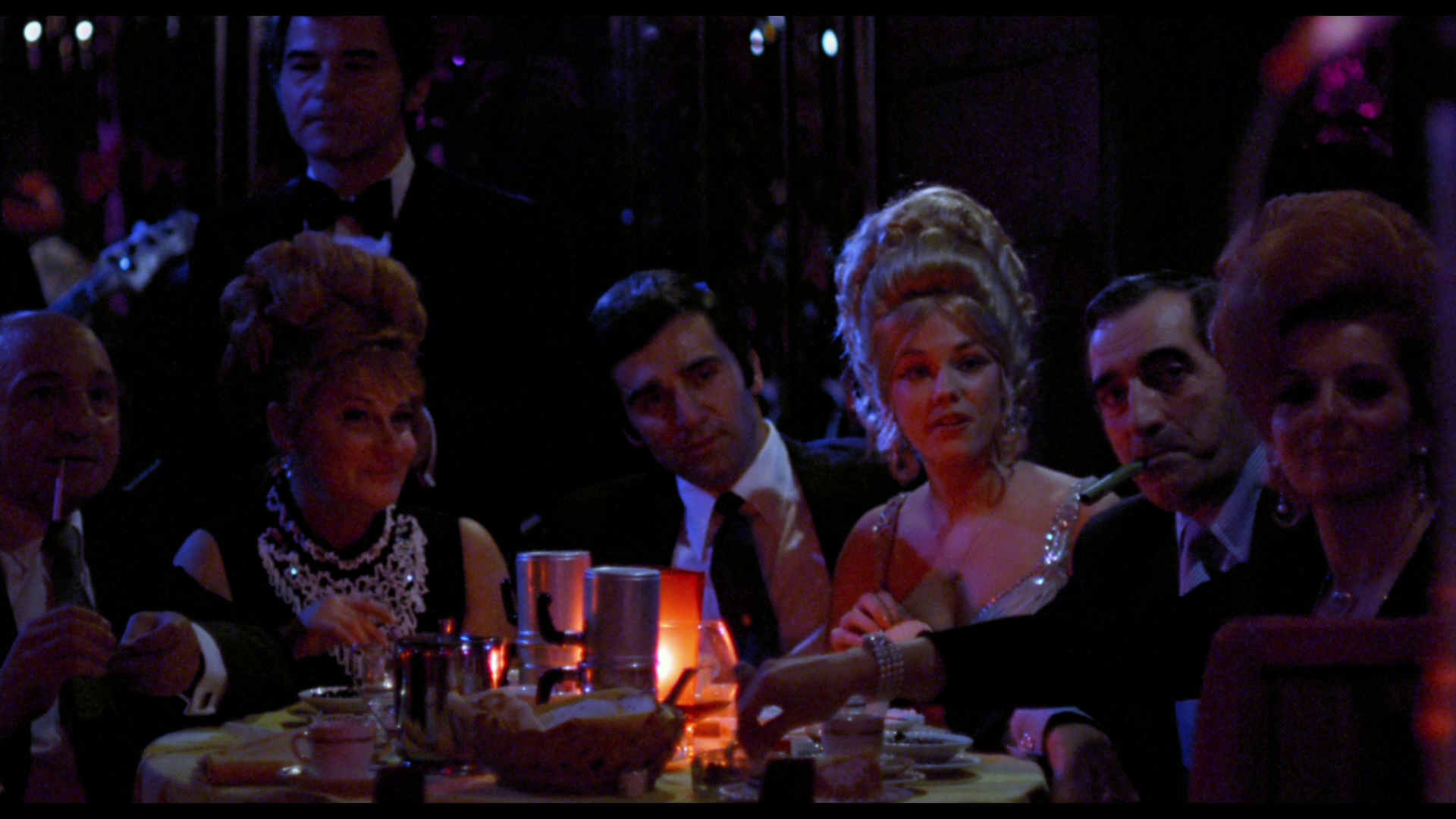 Previously a Best Buy exclusive, this new edition of The French Connection is part of Fox's new "Filmmakers Signature Series" line. The disc is housed in a Blu-ray eco-case, which is wrapped in a slipcover. A 25-page book about the film with glossy photos and text is tucked inside the case. The disc drops a number of extras from the previous two-disc Blu-ray, but features some worthwhile content: 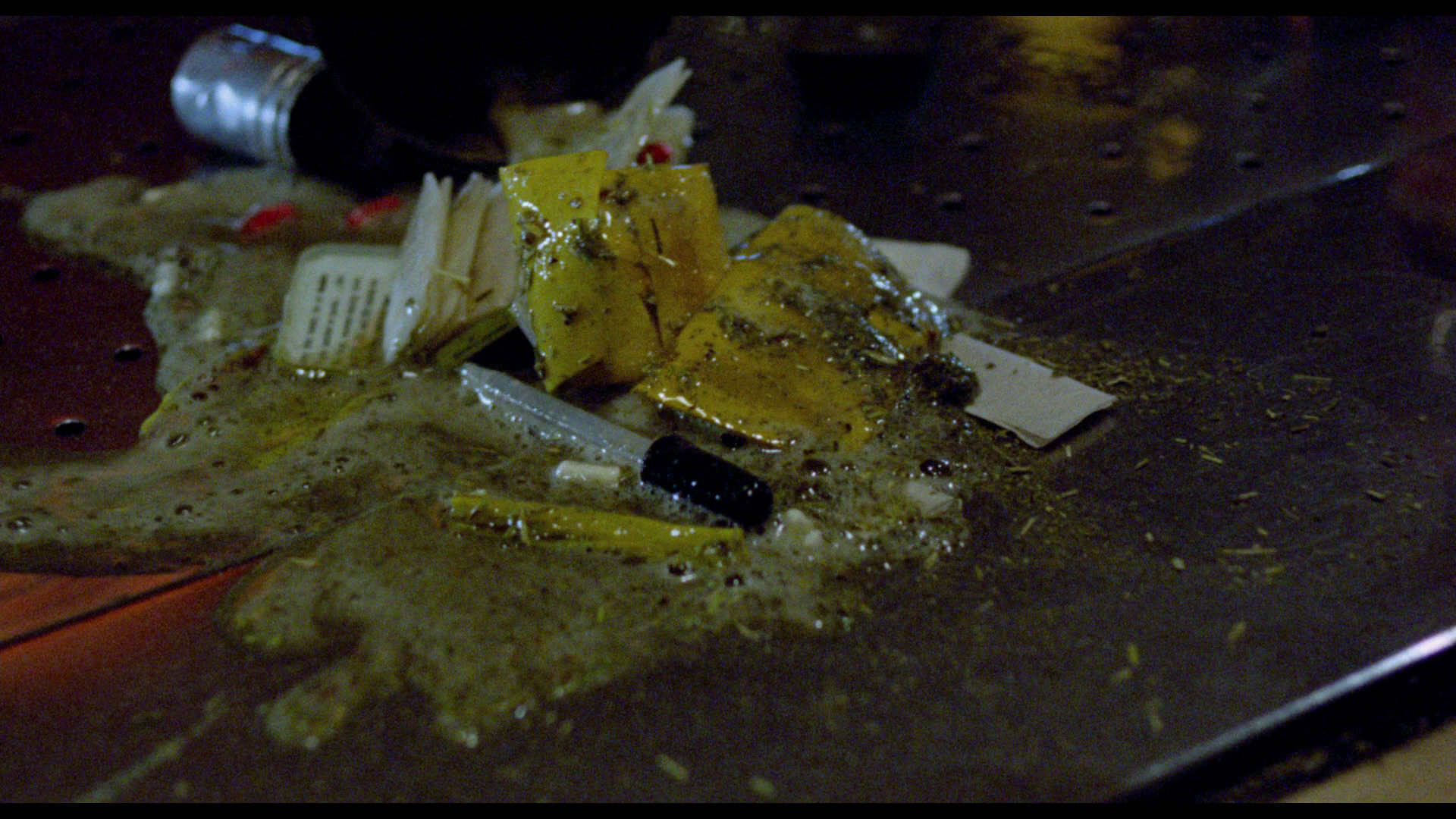 The French Connection is an excellent cop thriller that surprised and challenged audiences in 1971. Gene Hackman delivers an excellent performance as a reckless New York City detective hot on the trail of international drug smugglers. The French Connection is gritty, complex and exciting, and features one of the best car chases in film history. This new Blu-ray edition features a remastered transfer and plenty of high-def extras. Highly Recommended.