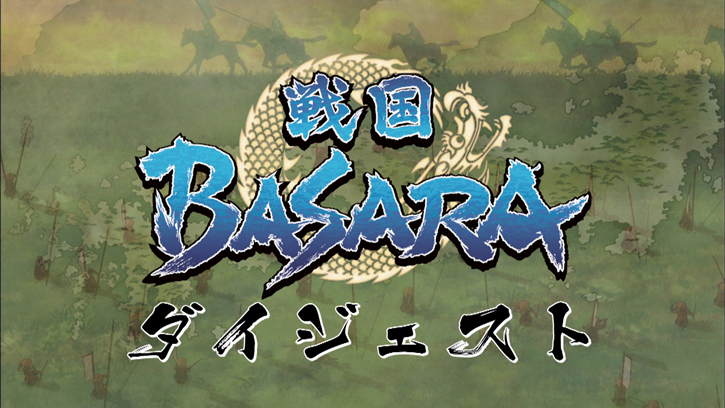 Sengoku Basara has to be one of the most historically inaccurate anime series ever made (that is, in terms of series that actually pertain to history). The series is set in feudal Japan and it follows a wide array of warlords and other historical figures as it blends fantasy with history to form that rarity in anime series today that is known as the historical action series. Whoever thought that particular idea up should be given props for at least trying to do something new and interesting. Historical based films and television productions can often lead to impressive results.

The setup of this film features the two main warlord protagonists once again feuding during the Battle of Sekigahara. This film focuses on a supposedly final battle between warring sides. Of course, by the end of the film everyone is dealing with a rising Devil King and these warriors work together to try and stop the supernatural uprising. Along the way, it seems as though anyone and everyone on any army-side of any sort is engaged in some sort of battle with multiple opposing forces and war-fueled moments spread throughout the film.  It was an overwhelming "spectacle-driven" conclusion. It's almost like a Michael Bay anime film.

Genuine creativity seems to be lacking from this film almost entirely when it comes to the way characters are written and the story unfolds. This is not a result of a stringent following of the historical facts either. It's simply the result of the bad filmmaking. Sengoku Basara: The Last Party is an extension of the series in every way but this time around it is even worse and less enjoyable. The story and thematic backdrop of the film just seems to fall completely flat and nothing works to elevate the material by a smidgen. 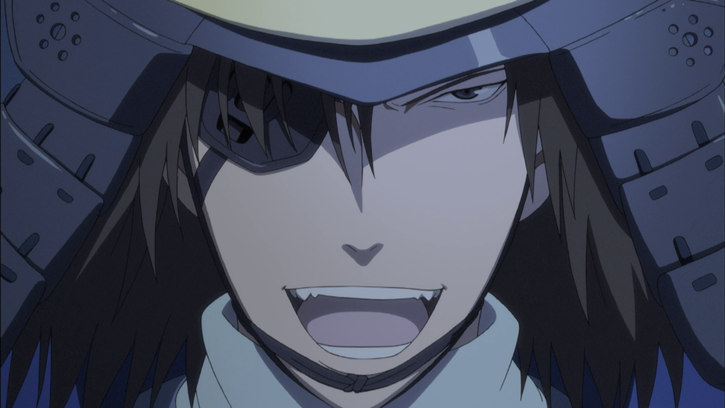 The animation is beautiful though. You will be in awe of how much work went into this anime production because it's clear that a number of individuals invested a great amount of time and energy into making this film. The artwork is so exquisite and impressive. It's even more of an interesting and accomplished visual feast in comparison to the first film. From the landscapes, character designs, and to the overall aesthetic design, this is an impressive film visually and it astounds me to realize that there was so much hard work that went into making this film.  The animators should be proud of their accomplishments. It's a beautiful film to look at. It's just a shame it can't make me feel something or think much of anything while watching it. Besides boredom and confusion, of course!

Nonetheless, it's worth noting that while the series found success in its animation, it was still no match for the superb craft found in the artistry behind the Sengoku Basara feature length effort. The animation is top-notch. If I wasn't picky about having a good story and characterizations I would consider recommending this film based solely on its impressive animation. Alas, that's not the case.

I watched both seasons of the show in order to review it and was completely disappointed by the series. In the end, I was left feeling a bit perplexed by the entire series run. I enjoy history and it seemed like it might be a good opportunity to get a different look into the history of the famous warlords of Japan when I first heard about it. This was before I had seen this series, of course. Once you see the program, it's easy to say that this is not a historically sound series at all. It doesn't really care to inform anyone about anything historical. It's just a series wanting to entertain. This was always a series aimed mainly to bring enjoyment to those looking for elaborate action sequences and who can sit-back and enjoy the adrenaline-fueled scenes.

Sengoku Basara: The Last Party is just more of the same. It's like the series, except with bigger production elements on display (such as nicer animation and music). This would otherwise just feel like a few more episode strung together and like nothing else. The production qualities are strong here, but everything else disappoints. This film is essentially for fans of the series only.  Otherwise... nothing seems notable or exciting about it. 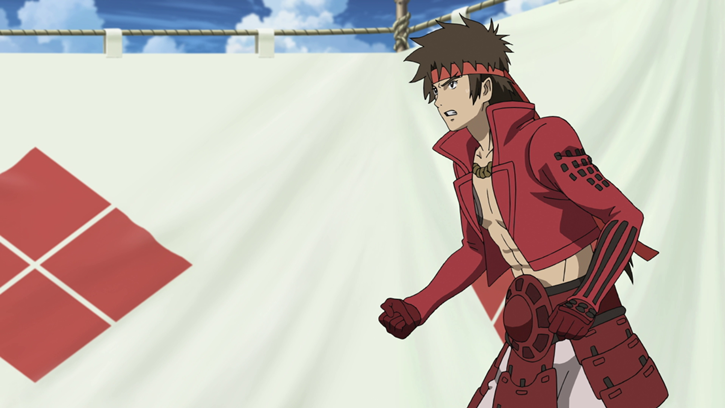 Sengoku Basara: The Last Party looks stunning in 1080p High Definition. The widescreen ratio of 1.78:1 preserves the original aspect ratio. It's one of the most lush anime presentations I've seen on Blu-ray. The transfer is almost flawless to behold. I was stunned. The colors are quite breathtaking and everything is so crisp and smooth.

The 5.1 Dolby TrueHD audio for the original Japanese language dub and the English language dub are both impressive and are sure to delight audiences. There is a significant amount of surround sound activity with this film and all of the many action sequences receive solid surround usage that emphasizes superb directionality, depth, and clarity.


Click on image to view Blu-ray screenshot with 1080p Resolution 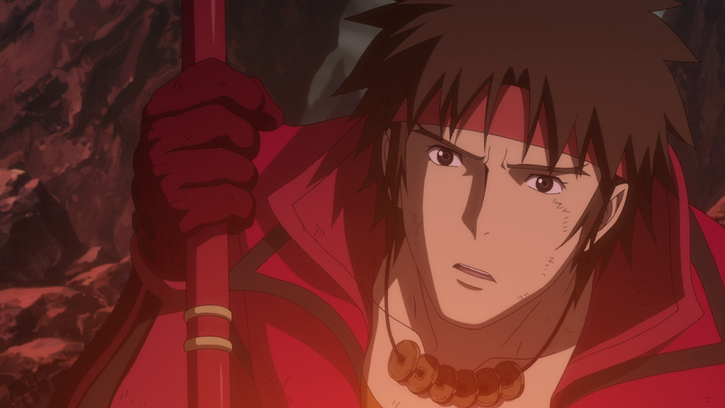 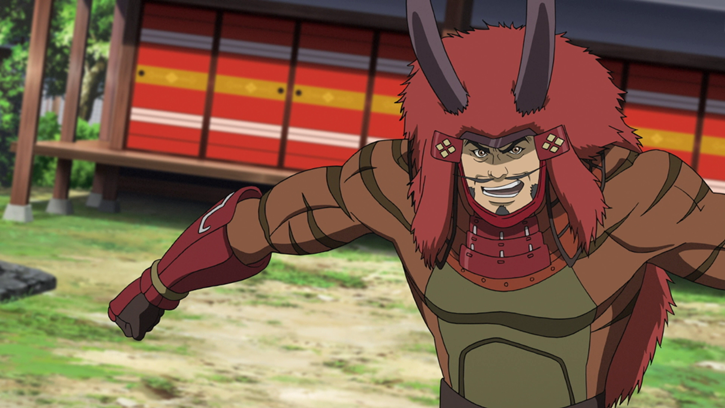 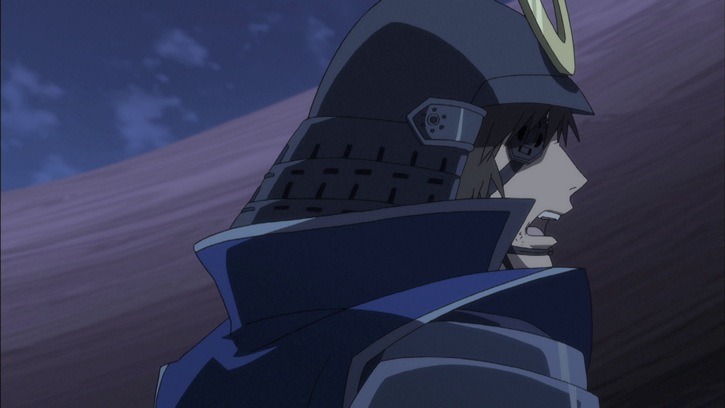 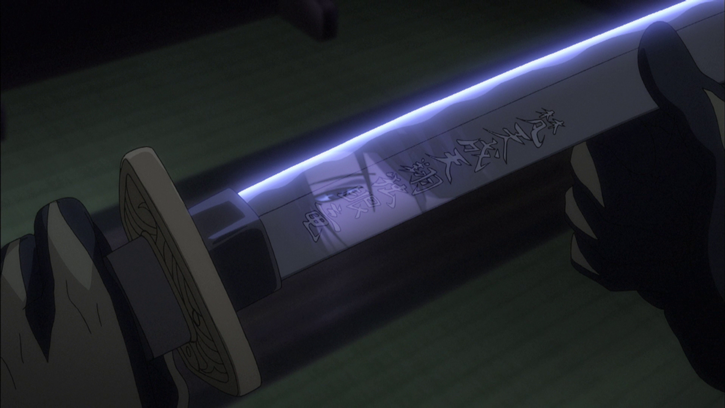 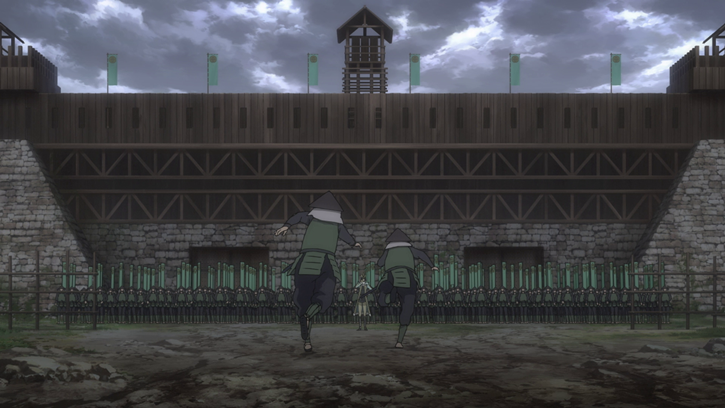 The extras on this release are more in-depth than I anticipated finding. The film includes Four Panel Theater chibi comedy pieces. These are similar to what was found on the season sets. I didn't really find the humor as effective this go around, but others may enjoy the shorts more.

The big inclusion here is Making of The Last Party (49 min., High Definition), an in in-depth making-of documentary featurette exploring the production of the film through areas such as writing, directing, animation, and the work of the Japanese voice actors.

Textless Opening/Closing songs and trailers for Sengoku Basara: The Last Party and other Funimation releases are also included. 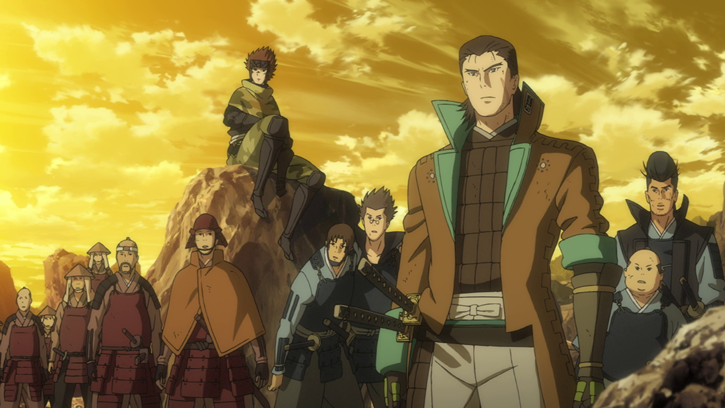 Sengoku Basara: The Last Party is way too much adrenaline at once. I didn't think it was remotely possible but the team responsible for the anime series have made the feature an astonishingly over-the-top experience beyond what was presented throughout the series. Everything is just so bizarre in this film. The film even ends with a massively odd and well-timed dance number by Japanese armies that is synched to a hip-hop song while the end credits roll. Um, uh...  what did this have to do with the film again? I'm confused. I must have missed the sub-plot about the dance aspirations of Feudal Japan armies.

The film emphasizes action over story in essentially every way possible... just like the anime series did. If you consider yourself a fan of the series you can probably safely buy it. Everyone else might want to skip it altogether. Established series fans are the only ones to experience this film who are likely to enjoy it.