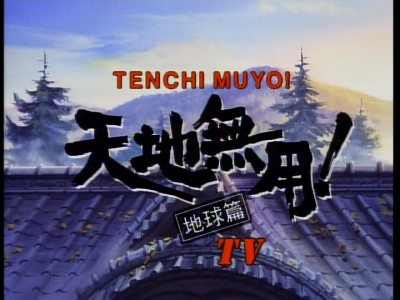 Tenchi Universe is the second anime incarnation within one of the art-forms most popular and enduring character-based franchises. The story begins in a quiet way, on a day-like-any-other, when a teenage Tenchi Masaki finds himself meeting the energetic and mysterious bombshell Ryoko.  Oh, what a beginning. Tenchi Universe remains an anime classic: the fantastic series features romance, comedy, adventure, and more amazing space-oddities and goofiness for all!

This series is typically labeled as a harem anime series, which is defined as being a sub-genre contained within the comedy and romance genres. It means there's a central male character in some scenario where he is being surrounded by a group of gorgeous girls. Some even argue to state that Tenchi Universe represents the best to find in the genre. Myself? I don't necessarily consider it that great of a genre in general (I've seen too many series labeled as such that lack any characterizations or depth), but Tenchi is something that somehow manages to avoid the pitfalls of the genre, and Tenchi Universe in particular handles all of this immensely well. It doesn't feel like a series merely aimed at stupid teenage boys with hormones. Not at all: the enjoyable Tenchi Universe series is really made for anyone who likes top-quality television. Most importantly, the characters happen to make this quality show the audience favorite it's always been remembered as.

What's outstanding is how both guys and girls can find themselves watching the show and enjoying these characters equally and without reservation. The women on this show aren't cookie-cutter sex-symbols. These characters feel real, and you grow to love them. Add in generous heaping's of laughs, adventure, and sci-fi fun and that's a winning combination.

While most of the so-called harem productions out there are ridiculous and lack in any genuine appreciation for women (and are more about having a teen guy around a decidedly teenage fantasy of being, well, surrounded by gorgeous women... usually in skimpy clothes) that absolutely isn't the case here. Tenchi Universe excels for its drama, comedy, and human elements of pathos.

The series revolves around the crazy circumstances that surround the seventeen year old Tenchi as he becomes someone with a chaotic life beautiful, smart, and cool (and typically from space) women all around him and while he's trying to attend school, manage his bizarre life, and avoid becoming part of a huge odyssey in an outer-space conflict with villainous baddies and while he has a destiny that he doesn't even know about. 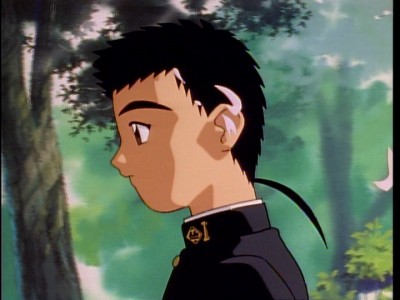 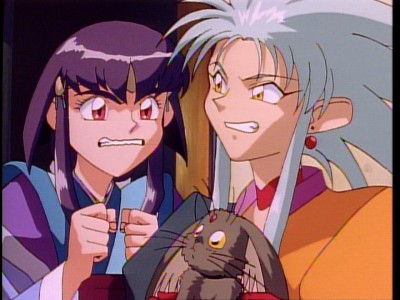 What's a normal(ish) guy like Tenchi Masaki to do? Make friends with everyone, explore space, fight baddies, go to carnivals, and always try to be a normal guy who lives a normal life without all of the unusual scenarios he's thrown into.  Good luck, Tenchi!

As for the girls: Ryoko looks like she's still in her 20's but she's actually a space pirate who's a woman over 5,000 years old. Ryoko is (arguably) the main female protagonist in the Tenchi series saga. Ryoko's also someone madly in love with the goofball and kind-hearted Tenchi.

This leads to problems when arguing with Ayeka (part spoiled brat, part kind-hearted Princess from an intergalactic planet... sometimes!), who is also definitely madly in love with Tenchi. Then there's the genius Washu with affections, time machines, and other odd experiments to boot. Of course, that's not even considering Sasami, a younger girl, also one to crush on him. That of course doesn't stop Tenchi from viewing Sasami as his younger sister, but it doesn't change the fact that one girl after another seems to see something in Tenchi that they like.

Quite frankly, that's all without mentioning the police duo: they are not in love with Tenchi but they certainly seem to be a part of the amazing team: Tenchi's surrounded by the ditzy, lovable Mihoshi (who somehow always manages to get the job done where it counts) and kick-ass cool superhuman-like extraordinaire Kiyone.  Starting to sense a pattern here? Tenchi is surrounded by women 24/7 in his teenage life. So is this a harem series? Maybe it is. Yet it's definitely not an average one.

What's so wonderful about Tenchi Universe is how it manages to pay homage to the work done on the previously produced OVA series but in its unique retelling of the story and of all of these character journeys it actually morphs into something uniquely its own. Tenchi Universe may be somewhat short in the production areas by comparison: certainly, it's not as well-animated as a OVA production.  However, this is undoubtedly due to budget and time constraints and the TV version of Tenchi holds up every bit as well and actually becomes even more successful in the storytelling department. While the OVA was not properly concluded, the TV series has a nice conclusion and epilogue in its final episode.

Tenchi Universe has nice animation, solid direction, fantastic writing, and a whole cast of great characters that make it an easy series to repeatedly re-watch over the years. If you look under a definition of classic anime series and expect to find examples I can imagine this one ranking as near the top of a theoretical list of that variety.  Tenchi Universe deserves a home in any serious anime collection for it has many great characters, laughs, and an eloquent sense of beauty inside and out. Even after all of these years following its creation, it's one of the few series that always manages to surprise me with its amazing artistry. 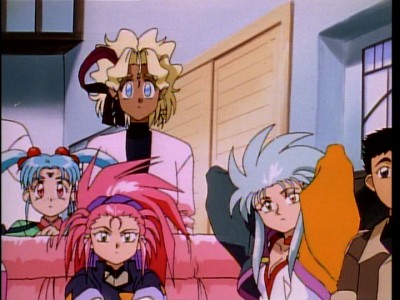 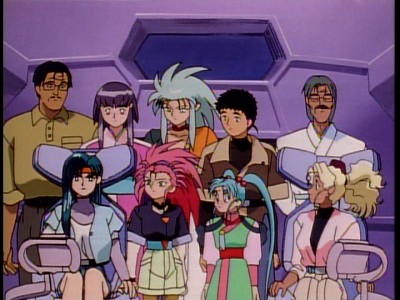 Tenchi Universe just doesn't impress in the video department much at all. It's certainly not going to be as disappointing as it could have been given the age of the masters, though. These masters seem to have been used without changes to improve the picture quality. There's no way around it: the image quality is dated. There are occasional compression issues (but these aren't noticeable often), but the bigger issue is the lack of robust colors and print debris. Specks of dirt and minor damage are often seen, and while they are never so annoying as to be a major detriment to enjoying Tenchi Universe it's disappointing to realize that Geneon improved the visual aspects of the presentations for the Tenchi OVAs & Tenchi: Theatrical Blu-ray releases (already available in Japan and to be released in North America in December, 2012), but did nothing to improve the image for this classic entry in the Tenchi canon.

The audio doesn't fare that much better than the video quality. Even so, it remains a decent audio presentation that features the series in 2.0 English and Japanese (as viewers can select either dub option). Personally, I was always a huge fan of the English dub for this series but either dub is a worthwhile one that most viewers will want to pick based upon preference (or prior experience). The dialogue is easy to understand even if the quality of the audio itself sometimes disappoints. Bass is weak.  This is a front-channel heavy mix that utilizes some dated source materials that seem to represent the time and budget of the series, and without any restoration or additional tinkering.

The only supplements included in this collection are textless songs for the opening and ending credits to Tenchi Universe, a U.S. trailer produced by Funimation Entertainment and made to help promote this release, and trailers for other Funimation releases. 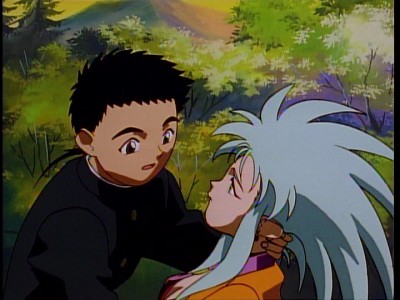 Tenchi Universe is one of the best series to exist out of the Tenchi saga and it is one of the most essential anime productions ever made. The artwork isn't truly on par with the earlier OVAs but the writing, comedy, and characters are some of the absolute best you will ever find in the genre. If you love character-based and original stories this is one show that manages to interweave both aspects, even despite the fact that it is an alternate-universe telling of the original Tenchi OVA's storyline. Simply put, Tenchi Universe is outta this world, and a genuine must own DVD release (in one form or another) by all serious anime connoisseurs.

Owners of past editions of Tenchi Universe can rest-easy knowing that the set's they already own aren't inferior to this release but newcomers should be sure to consider this one an easy purchase of a classic anime.