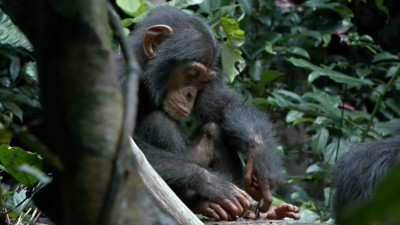 Disney's Chimpanzee is the latest film in a line of documentary films exploring different aspects of our world's nature. The documentary "theme" of the film is all about the world of chimpanzees - that's a pretty precise way of describing the film as a foundation, but it does not describe the film as a whole. Chimpanzee is as much a film about the importance of family and those who are willing to take on a parental role as it is something exploring the animal kingdom of chimpanzees.

Surprisingly,  Chimpanzee is not altogether a film about chimpanzees in that it doesn't seem to explore everything surrounding these animals, their living patterns, and customs. Elements are explored but never fully delved into in the way some nature documentaries might explore. Yet it is a film about a young Chimpanzee who is attempting to survive and its also a story about the importance of family everywhere. Family is important to all animals and species. Viewers will see both easy and relevant comparisons between chimpanzees and human beings with any viewing of this documentary film as elements of true compassion and family unity are explored in this relevant nature documentary that should be viewed by all families with interest in animals.

Disney has garnered a fast reputation for delivering excellent documentaries all about nature and the world that surrounds us in the acclaimed Disney Nature documentary line-up. Each year the company releases one production in theaters and to celebrate the arrival of Earth Day.  Chimpanzee is the most recent documentary under the Disney Nature banner and release pattern. Fans of these documentary explorations will find a great deal to enjoy in this excellent and insightful film. Disney has displayed an undeniably clear enthusiasm and regard for these nature projects and this film is no exception. Even a percentage of the revenue raised from Chimpanzee goes towards non-profit services related to saving and helping Chimpanzees. In a word? Extraordinary. Disney clearly regards Chimpanzee and its related nature documentaries to be serious business and not in just the sense of how much revenue is brought into the company. 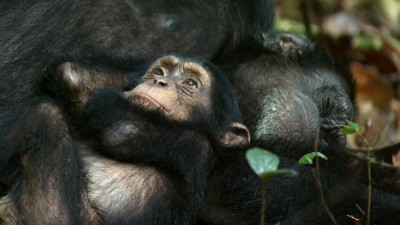 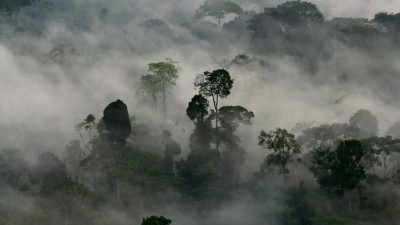 Chimpanzee proves itself to be a excellent exploration on a family of chimpanzee and it sets out to even explore adoption in the animal kingdom in a way that will hit home with viewers of all ages by drawing similarities to human beings that are unmistakable. The story of the documentary begins to tell a story with a family of chimpanzee and centers itself on a young chimpanzee named Oscar. He has a mother whose compassionate love is a firm-foundation for how the Disney crew expected the documentary proceedings to continue. However, during the course of filming a tragedy befell the family and Oscar lost his mother to a gang of chimpanzee that rivaled his family's group and the filmmakers thought it might lead to the closing of their documentary altogether. Yet something unexpected happened. An elder male leader of Oscar's group decided to take on an adoption role and care for the young Oscar. Ultimately, it is this element that provides the beating heart of this documentary and it makes for an incredible experience to recognize the love and kindness shared by an animal who essentially was an adoptive parent to Oscar. It is a reminder to every human being out there of the majestic wonders of compassion.

Made with technical skill, excellent craftsmanship, and featuring solid (fun!) narration by Tim Allen, Chimpanzee is an amazing documentary. It is a testament to the high-quality of work Disney has so generously contributed to the nature documentary world. Ignore the dollar amounts, and just think about how special the film is - it's one worth sharing with someone close. Perhaps an entire family. 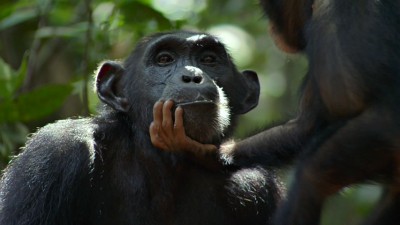 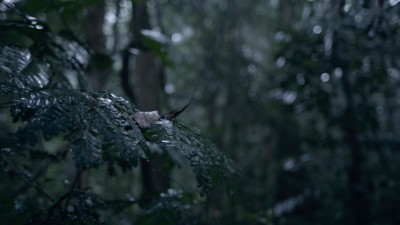 Chimpanzee arrives on Blu-ray with a 1080p AVC encoded transfer in stunning High Definition. Nothing about this presentation is disappointing or underwhelming. This is basically as perfect a transfer as anyone can reasonably expect for a nature documentary. The cinematography is crisp and clean with no film grain or potential "imperfections" that might bother some viewers of the film. The colors are vibrant without being oversaturated. The richness of the black levels found on this disc is impressive. The landscapes amaze with the footage of the sky, earth, and all the highlights that are related to the nature in the film. The effect is both luminous and enthralling.

The audio is stellar for a nature documentary. You can hear the environment with precise detail with the high resolution DTS-HD Master Audio 5.1 surround sound presentation. This is a very immersive experience, and far more so than most would expect considering most documentary films receive less stellar audio mixes and options. The raindrops, wind, and everything that is part of the nature surrounding these chimpanzees sounds vibrant and crisp.

The disc also contains Spanish and French 5.1 Dolby Digital audio options. Subtitles are also provided in English (for the deaf and hard of hearing), Spanish, and French.

Chimpanzee's supplements are all provided in High Definition.

On Location: The Making of Chimpanzee is a somewhat extensive documentary film about the making of the documentary. It clocks in at around 40 minutes long and covers various aspects related to the film's production.

See Chimpanzee, Save Chimpanzee is a short featurette about the development in making the documentary and how it almost threw the production out of the question, and the involvement the filmmakers and Disney had with supporting the Jane Goodall Institute.

Rise is a Music Video by the McClain sisters. There is also a short making of supplement. A promo piece is also included with the sisters discussing the importance of the protecting our worlds nature habitats.

Lastly, Disney has included a promotional piece about their Worldwide Conservation Group. 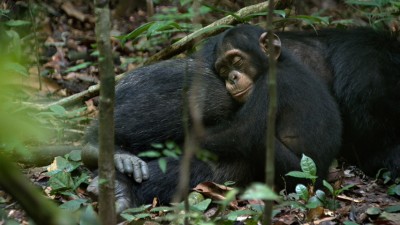 Chimpanzee is another excellent film released through the impressive Disney Nature lineup that exists for Earth Day releasing. Fans of nature documentaries and the related Disney productions will find this to be another winning release.

With excellent PQ/AQ and a decent bonus materials section this release is one that's well worth owning and sharing with family, friends, and anyone close to the heart.